SCANDAL'S Amanda and Devlin Are Out There! 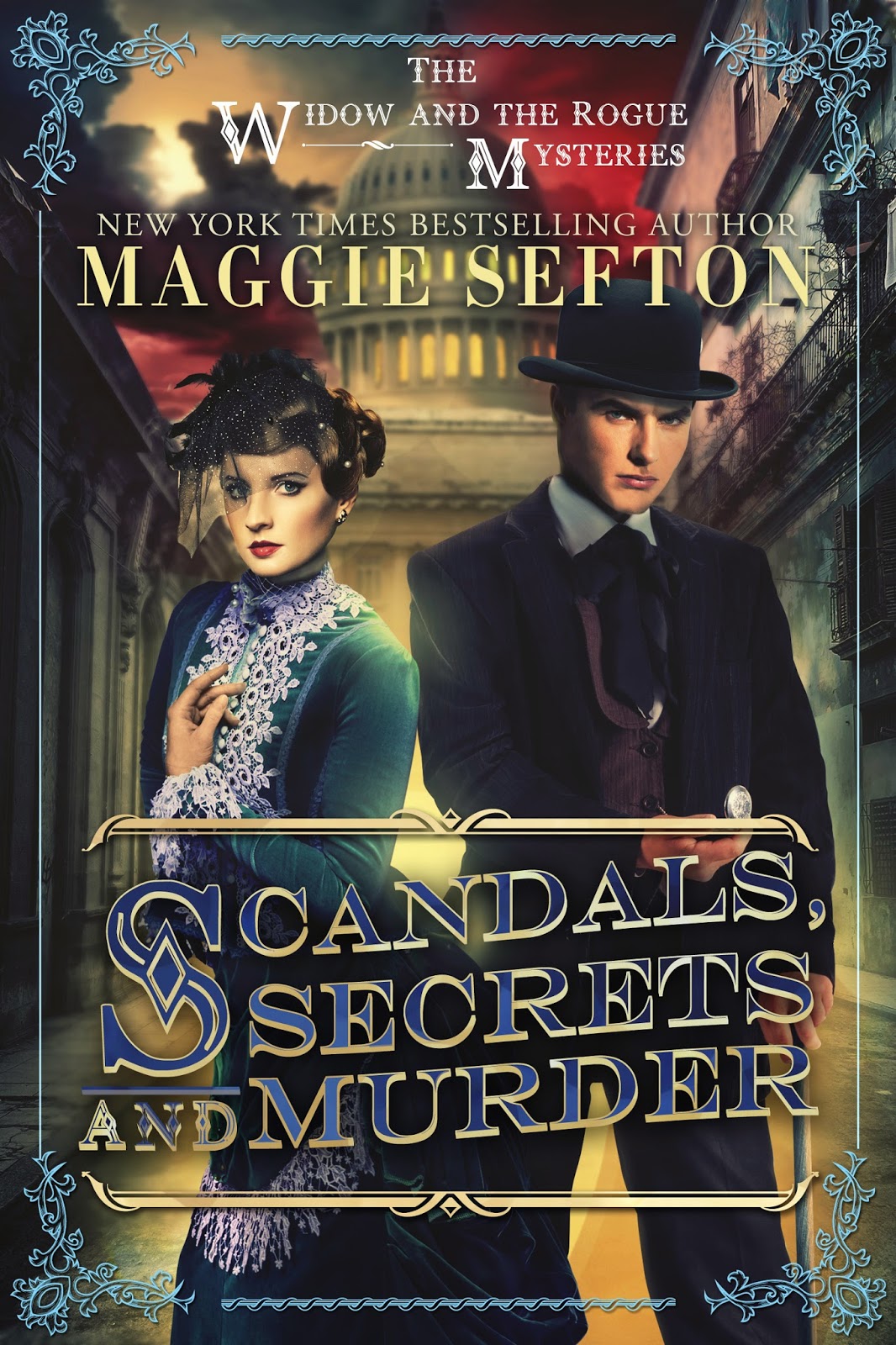 Since I only have two blog posts scheduled for April because April 1st and 15th
were already taken, please forgive me if I use them both to remind readers and bloggers of my good news. :).   My NEW Historical Mystery set in 1890 Washington, DC is now out on Amazon's Kindle and Barnes & Noble's Nook.  SCANDALS, SECRETS, AND MURDER:  The Widow and the Rogue Mysteries.  Trade paper copies should be available by early June from Amazon's CreateSpace.  This is the first book in a series.

I think you folks will enjoy meeting these two lead characters:  Amanda Duncan and Devlin Burke.  SCANDALS has already received two reader reviews---both of them 5 STARS!!   I'm delighted. :).
In case some of you missed the brief descriptions a couple of weeks ago, here they are again.  I hope some of you give Amanda and Devlin a try.  :)

Powerful and corrupt U.S. Senator Horace Chester is stabbed to death in a Murder Bay brothel, wrapped in the arms of his evening’s entertainment.  His assailant escapes into the crush of unwashed bodies filling the streets of 1890 Washington’s notorious red light district---just a few blocks from the President’s  House.

Amanda Duncan, young Washington widow, tries to ignore the clairvoyant visions that flash  before her eyes.  She couldn’t save her own family, so maybe her visions can help others.  Now, Amanda deliberately treads where no respectable lady would dare.  This latest vision was most troubling.  She saw a man stabbed to death by a shadowy assailant and a young girl screaming.

Devlin Burke, English investor and sometime sleuth, is in Washington on family business and to rescue his nephew Freddie who’s gone bankrupt in one of Sen. Chester’s investment schemes.  In a fit of rage, Freddie attacked Chester in a crowded Capitol Hill hallway only days before the senator’s murder.  Freddie has no alibi and is now the police inspector’s prime suspect.

Devlin and Amanda join forces in a search to find the real killer, which takes them from the Capital’s poshest salons into the crime-infested streets of Murder Bay.  Devlin’s sleuthing instincts and Amanda’s psychic detection lead them ever closer to the truth.  But the closer they approach, the more desperate the killer becomes---and the more dangerous.

I downloaded this on my iPad. Can't wait to read it.

I love this cover, Maggie! I look forward to reading this series. Very enticing and nicely spicy. XO

Oh, I messed up the earlier comment and had to delete it. Maggie, this looks fabulous, I can't wait to start reading it!

Thanks, Maggie. Sound very interesting and exciting. I also love the time period. Downloaded it and looking forward to reading it.

Booklady---I'm so glad you're giving Devlin and Amanda a try! Please email me and let met know how you enjoy the story. :)

Oh, thank you, Mary. Can't wait to hear how you like it. :) You know that one-half of me is still that Historical Writer and she was waiting patiently.

Oh, Fred, you're a sweetheart. Please let me know how you like it. You know that Historical Writer Muse was tired of waiting in the wings. She stepped aside in 2000 and has been waiting patiently---or not----for her turn onstage again. Amanda and Devlin walked onstage in 2009, and I just love them. So I'll be writing the next in their series this summer, after YARN OVER MURDER comes out. :)