There's Something Magical About the Ocean 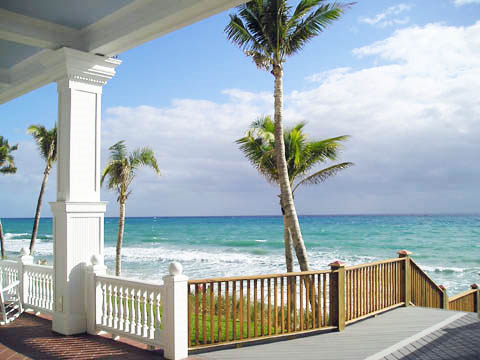 After spending two weeks in Ft. Lauderdale, I'm more in love with the ocean than ever. We always stay at the same beachfront condo and as soon as I hear the crash of the waves and the cries of the gulls, I know I've come "home." 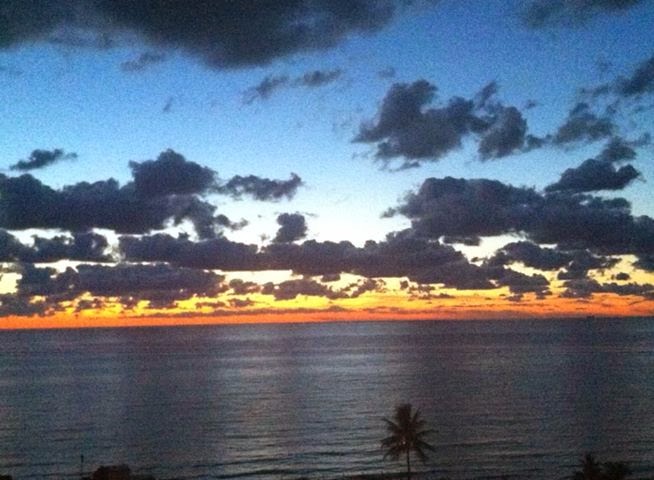 Metaphorically at least. My permanent home may be in the northeast, but spending time at the ocean in Florida takes me off the merry-go-round, away from deadlines and responsibilities. I listen to the sound of the surf, walk for miles along golden sand and I no longer feel like I'm running in front of a train.

Since we're just a few yards away from the water,  the sound of the ocean is like a soundtrack to our days and nights, always playing softly in the background. In the evening, it's relaxing to open the glass doors to the balcony and let the sound of the surf drift in, lulling me to sleep. 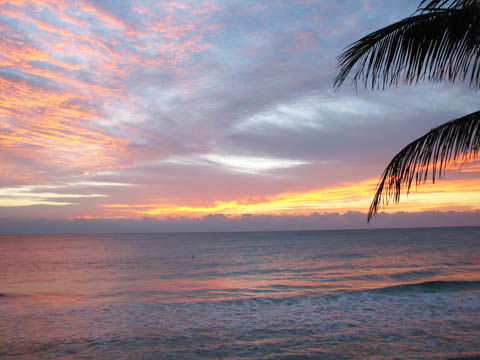 Somehow, problems seem to dwindle when you're in the presence of something so powerful and so beautiful. The ocean was here before we arrived and will be here when our time on earth is finished.  Do you have a favorite place, a refuge, that restores your soul and makes you feel like you've come home?
Mary Kennedy
Posted by Dr. Mary Kennedy at 12:00 AM

Holland has a few small islands above it, and whenever I set foot on the ferry to Texel, I feel my burdens fall away, I have vacation. Even if I only visit my friend for one day. I love the space but above all, the quiet. I can talk a walk into nature and hear absolutely nothing but nature. I love that.

It sounds beautiful, Aurian. It's wonderful to be in a quiet, peaceful place. Thanks for stopping by!

We spend a week at the same beach house every other year and it is always a wonderful trip.

The ocean calls my name, sometimes so loudly I can't ignore it. And when I can't go sit by the sea to recharge myself, I have CDs of nothing but the sound of ocean waves and seagulls that I listen to and meditate. It isn't the same, but it works.

Book Dragon, it sounds terrific. I really like going back to a familiar place. I know the restaurants, the shops, etc. Thanks for stopping by.

Eva, this is a weird coincidence but a few minutes ago, I came across a tape of "ocean waves" I plan on giving a client with insomnia! It's an old fashioned "cassette" so I hope she has something to play it on.

I live in the Northeast too and can be at the ocean in about an hour, I love to go up to Ogunquit, Me (3 hours away) and walk along Marginal Way. It is up on the cliffs that I like best. They have benches where I can sit and just listen and watch the sea. I could sit there for hours. I also like Cape Cod but not Fla so much. I love to watch the waves crash and my favorite time is after a storm when the sea is wild. I wonder why that is. Now I think I had better make some reservations someplace. For many years we rented my neighbors cottage on Cape Cod but they have torn down the place and built a lovely home. They now live there full time. It was right by the beach and a great vacation spot for 15 years. Now I'm alone and it's hard to find someone to go with me for a week or even a few days. One of the sad things about getting older I guess.

Beautiful post, Mary! And sooooo soothing. I too love the ocean and grew up on the water in Cape Breton. Of course, we had icebergs until June every year, so I think I like you pix better.

Wish I'd been there!

Diane, Ogunquit sounds wonderful. When I lived in North Carolina, I could be at Emerald Isle in just under an hour, and I used to love to zip over there, even if it was just for a couple of hours. I always came back feeling refreshed and recharged. It's a much bigger deal to get to the ocean here in Delaware. About 2 hours with horrendous traffic. Not the same. Sigh...

Escaping to the ocean is my favorite getaway. Every other year I go to Puerto Vallarta, Mexico - to the same resort (time share). I like the familiarity and know my way around. The ocean there is warm and wonderful to walk in. I don't swim, but I like walking on the beach and sitting either on the beach or balcony and watching the sun go down. I almost always get an ocean view room so I can leave the glass door open and fall asleep to the sound of the ocean. At home, I have soothing music along with ocean sounds that I use for getting to sleep, but the real thing is better. Unfortunately, even though I could go for longer (now that I'm retired), the people that I go with can't get more than a week off, so we only go for a week at a time. Definitely not enough time. - especially when the first and last days are spent traveling.

When I'm at home, I like to go to the ocean as well, but the California coast is a different experience. I walk on the beach, but I don't walk IN the water. It's too dangerous (not to mention cold). You can be knee deep and the next thing you know, you could be swept out to sea. However, that wildness has it's own appeal as well. I love seeing and hearing the huge waves crashing against the rocks and cliffs. I've never really understood how something so wild and dangerous can be relaxing, but it can. We go to a place called Wrights Beach, between Bodega Bay and Jenner (about a 2 hr. drive). Just talking about it has made me want to go.

Lynda, Mexico sounds terrific!! We were in San Diego last year and I was shocked at how cold the water was. We stayed in La Jolla Shores, just 4 blocks from the beach. It was nice to walk along the ocean and San Diego has a lot to offer...but the water is so much warmer in Florida. Yes, you're right, a week isn't enough. You barely get a chance to unwind and then you're heading home. I stayed two weeks and it seems like it was a lifetime ago. It's hard to readjust to life in Delaware...

Kim J
Your pictures are gorgeous! I have a CD that plays the sound of waves I love to listen to at night. Are the condos you go to time share or a resort. It looks lovely, someplace I would love to visit.

It's a great place, I hope you get down there. I discovered it when I was researching a Box Car Children set in Key West. I just needed one night in Ft. Lauderdale before driving down to the Keys the next day. That was 20 years ago and back then, it was a "mom and pop" place and the owners served a big (free) breakfast every day. It's changed and now there are big hotels on either side of it, but I still love it. It's a lot like "old Florida," and I hope they never change it. But each year I wonder if it will be changed in the name of progress...

Kim, I meant to say thank you for the compliment on the pictures!! I'm very much a "point-and-click" photographer. Ft. Lauderdale is so beautiful I think it's impossible to take a bad picture.