A new Belgian sleuth and author are among us 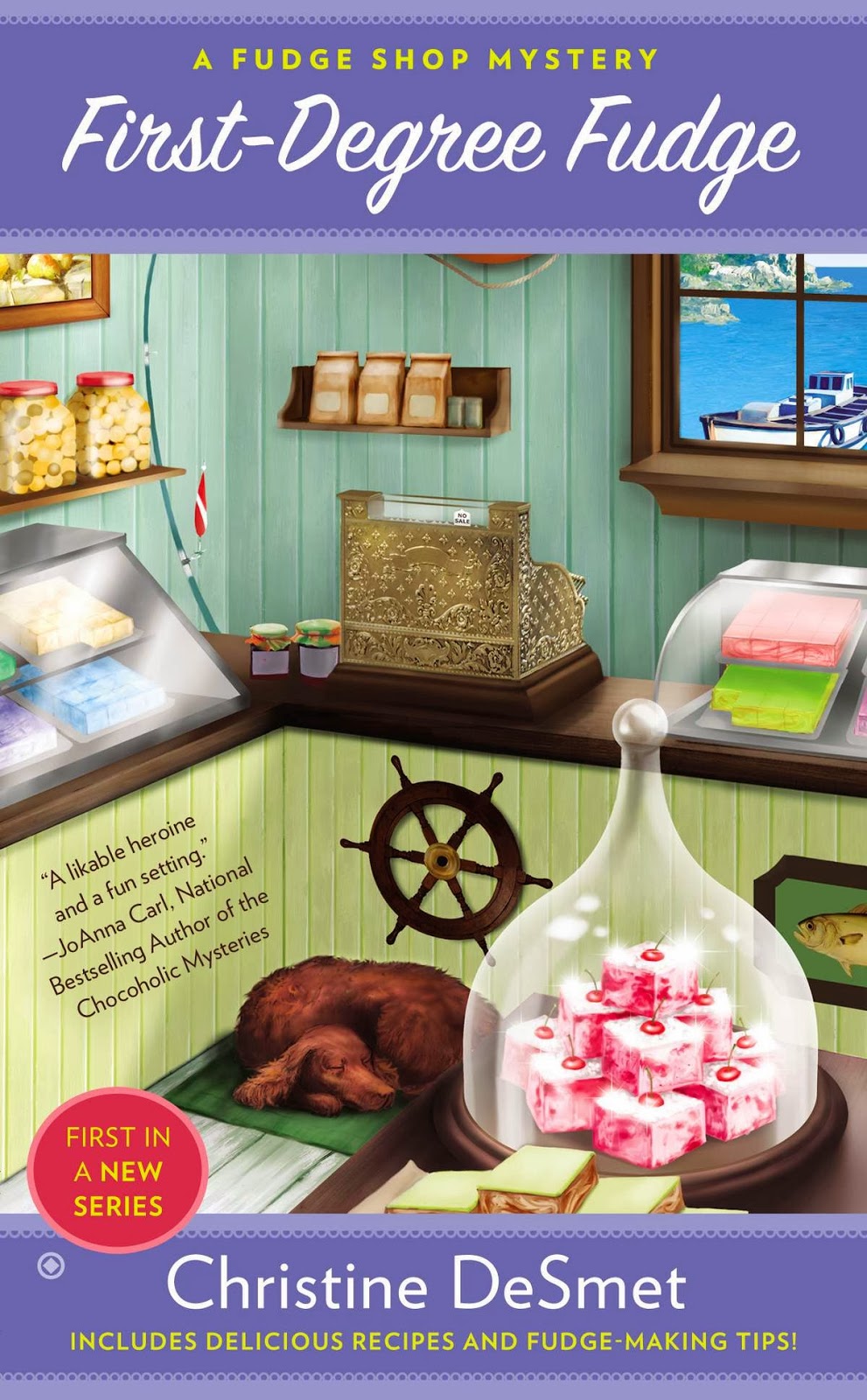 I’m pleased to be writing for the Cozy Chicks in this guest blog because Cozy Chicks author Hannah Reed has been a mentor of mine.
And silkie chickens are featured in all my short stories written in collections that were published by Whiskey Creek Press.  I feel a kinship to anything having to do with chicks.
Silkies are those chickens that are “furry” right down to the fur on their legs and feet. They also have big feet—they have five toes instead of the standard four. They’re furry because their feathers lack barbicels. That’s why they look like a big pile of fluffy down or a silly lady’s hat. Silkies are considered ideal for pets.
My new series has me turning from chickens and now making fudge like crazy as well as reacquainting myself with my Belgian heritage. Sometimes research for a book is tasty torture.
What surprised me more than all the varieties of fudge and the recipes I could whip up—including my own Fairy Tale Fudge line—was that I knew only a speck about my own heritage.
Belgians have had a huge impact on this country.
We all know that Belgians invented chocolate and pralines, and they make great lace. And if you’re wearing a diamond it probably traveled through a port in Belgium because it’s the seat of the world’s diamond trading.
Some other facts about Belgians:
1.       A Belgian negotiated the deal for Manhattan Island.  New York wouldn’t be what it is today without a Belgian.
2.       Belgians are often called buffalos because they’re tough, hard workers, and maybe a touch stubborn now and then. Others say they got the nickname because of landing in Buffalo, New York, before getting on ships for Door County, Wisconsin in the 1850s.
3.       Hoboken, New Jersey? Named after a place in Belgium.
4.       The Green Bay Packers? Created by a Belgian—Earl “Curly” Lambeau. Lambeau Field is named after him.
5.       The Green Bay Packers and Agatha Christie’s Belgian sleuth Hercule Poirot debuted in the same football season—1919-1920.

It’s been 94 years since Poirot’s debut, but now we have another Belgian I hope to make famous for her fudge and fun—Ava  Oosterling . Ava and her Grandpa Gil operate Oosterlings’ Live Bait, Bobbers & Belgian Fudge & Beer on the shores of Lake Michigan in Door County, Wisconsin. (In Wisconsin, everything has “beer” connected to it, and Belgians make the best beer.)
My mystery series’ Door County setting—known as the Cape Cod of the Midwest—is a thumb of land jutting into Lake Michigan. Its lower half was settled mostly by Belgians who snapped up land selling for $1.25 an acre in the 19th century.
Wisconsin is thought to have the largest rural settlement of Belgians in the United States. The total population of the county today is 28,000, but 15,000 Belgians immigrated here—a significant influence.  Many towns in Door County are named for towns in the homeland:  Brussels, Namur, Rosiere.
What does it mean to be a Belgian?
1.       You love beer, brats, and booyah. Belgians know how to make great sausages, or tripes. Booyah is a chicken stew made in the fall in large stainless steel drums over an outdoor fire. The second book of my series has a recipe that I got when visiting a Wisconsin kermiss (also spelled kermis)—a Belgian fall harvest festival
2.       Belgians have endured hardships. The Great Fire of 1871 in Wisconsin—happening the same days as the Great Chicago Fire, swept through lower Door County and nearby counties, killing about 1,000. The Chicago fire took around 300 lives. Belgians rebuilt using red brick and yellow Cream City brick from Milwaukee that you now see all over Door County today.
3.       Belgians are famous for pies. These are not sissy pies made in mere 8-inch or 9-inch plates. The old country uses 12.5-inch plates. Rice pie is a traditional Belgian thing.

Thank you for letting me introduce you to this country’s Belgian heritage.

Back to those cute cozy chicks—Belgium has several great breeds. I love the Belgian Braekels (one of Europe’s oldest breeds) and Belgian d’Uccles (pronounced dew-clay).


Thank you, Cozy Chicks, for allowing me to be your guest! 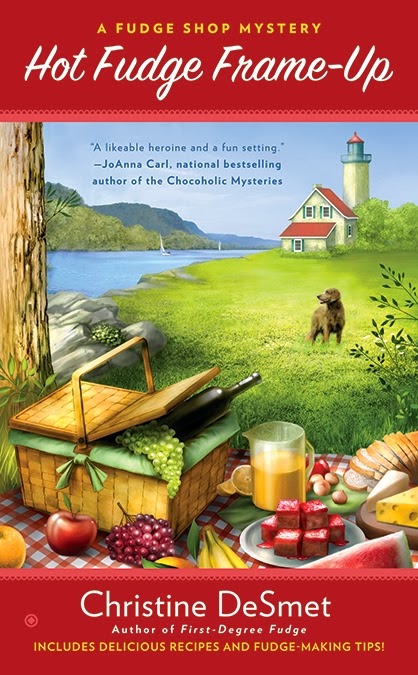 Christine DeSmet is the author of First-Degree Fudge, on the Barnes and Noble mystery Hot Fudge Frame-Up, debuts June 2014 and focuses on the Eagle Bluff Lighthouse in Door County, chosen by the Great Lakes Lighthouse Association as the Summer 2014 lighthouse of the year.
bestseller list for 10 weeks in Fall 2013. Her second book,

Christine teaches writing at University of Wisconsin-Madison, and will be part of the 25th anniversary Writers’ Institute conference April 4-6 in Madison. She also teaches at the Write-by-the-Lake Writers’ Workshop & Retreat, June 16-20. Visit her online at the university or  www.ChristineDeSmet.com, or email cdesmet@dcs.wisc.edu.

GREETINGS from CANADA ---
Talk about kismet! I'm on page 101 of your novel 'First-Degree Fudge' and really enjoying it! I'm up to the part where Ava's having a good chat with Jeremy Stone, and she thinks she knows where Cody (aka Ranger) is hiding. I'm looking forward to Fudge Mystery #2!! Good luck, Christine!

Christine, congratulations on your new series, it looks fabulous! Very clever to do a series on fudge (think of the fun research possibilities! :-) )

Thank you for the kind comments, Laurie and Mary. Yeah, trying fudge recipes has been a real hardship. (Smile.) Fortunately at my job at the University I have wonderful friends and students who love taste-testing fudge.

I noticed that "24" is one of those typos that sneak in. It's been 94 years since Poirot hit the scene, not 24. But all else is correct.

Welcome, Christine! Congrats on your new series. Thanks for all the fascinating information. Who knew all that about chickens? Or Belgians? Fudge is near to my heart and I look forward to reading your series.

Thanks, Mary Jane. Enjoy the fudge! If you have favorite tips or a recipe you'd like to share, I'm always on the lookout for those things. Also, I'd love to hear from anybody who has a "never-fail recipe" for divinity fudge, which is featured in Book 3, Five-Alarm Fudge.

Groeten uit Holland Christine! Good luck with the new book, I am adding it to my wishlist.

I corrected it, Christine:)