I grew up in the Niagara Falls area and dealt with plenty of snow and ice. That section of New York near Canada (we actually lived one street over from the Niagara River escarpment) is consistently in the top 5 of the most 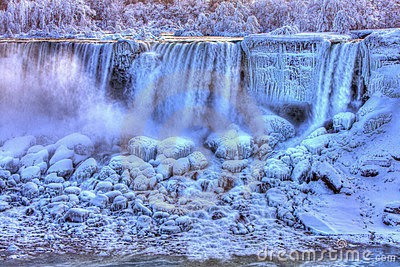 annual snowfall year after year. We didn't know any other way of life. My mother used to kick us outside to play (because she was most certainly tired of having us underfoot) and we'd ice skate, sled, make igloos and then, when we were thoroughly frozen, the neighborhood kids would gather to play cards and board games.

Then I moved to south Texas. The exact opposite climate. The time we stayed indoors was summer with 95 degree temps coupled with 95% humidity. But we weren't housebound. If I got out early to do errands in the summer, 85 was tolerable. One thing that scared me to death about

the area was the hurricanes. I went through one with my two little kids alone because my husband was away on business. We were all terrified and extremely lucky because the tornadoes tore sides off houses on the next street over. Then there was a tropical storm that produced massive flooding and trapped us in our home for four days with soggy carpet that quickly grew smelly. That was the last straw. If the weatherperson said we "might" get tropical weather, I left town, animals in tow, my car packed with whatever I could grab--stuff that I thought I could never part with. 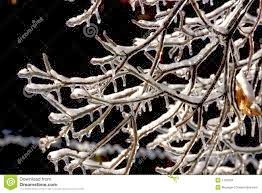 South Carolina, where we live now, seemed like such a tame option to the extreme weather conditions we had lived in. Until the ice storm that had us housebound this past week. Did I know this could happen? No. Naive me had no idea. I guess it happens about every 7-8 years here. Just like hurricanes. Sigh.

But last night put the icing on the ice.Yes, I have experienced a plethora of natural disasters--floods, tornadoes, hurricanes, ice storms, 6 foot snow drifts and now ... wait for it ... an earthquake that had me sitting up in bed thinking "What was that?" Thank goodness it was small, a rumble and a rattle, that's all. But then I just had to read about earthquakes in South Carolina. The state sits on a fault line and experiences 13-15 quakes a year--most of them small. Thank you Mother Nature. You've made my life complete. 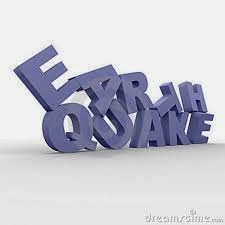 And people won't move here to Southern California because of our earthquakes. There are more fault lines out there than people realize.

It sounds like every state has its own dangers Leann, I do hope you keep safe. We never had tornodoes before, but the last few years we have seen some small ones here in Holland too. The earthquakes we have are caused because they are drilling for gas in the North. I think Mother Earth is getting more and more tired of us humans crawling on her skin and destroying her because the natural disasters are intensifying.

Indeed, Mark. They had a couple in Texas when we lived there, but very far from the Gulf Coast, so I thought I could leave the "earthquake" box unchecked when we moved here. Nope. My card is full.

Indeed Mother Nature is saying, "quit messing with me. I hold all the cards!" There is a new book out called The Sixth Extinction. There have been 5 "extinction events" in history that wiped out animal and vegetable populations. She says the 6th one will be caused by human beings. I believe her!

Absolutely. Of course thanks to internet and social media, we are instantly updated on whatever is happening everywhere in the world, events we would not hear of 20 years ago. But still, I think every weather related disaster is getting more extreme and more often.

I saw on the Greenville TV station that the 4.1 quake was the strongest in South Carolina n 12 years. Thankfully, the ones around here are usually "small" compared to those on the West Coast. But they do get our attention!

So that means we have about 12 years until the next one. Right? Please? :-)

Arizona looking better and better after this NJ winter....but you are right, every state has something! Nothing's perfect. the trick is to find one as close to perfection as possible.

True! But Arizona has some wicked heat. (My dad lived there for years and we made the mistake of visiting in July. "But it's a dry heat" didn't work for me!! LOL)

Smiling faces, beautiful places...that's South Carolina...with a little excitement thrown in to keep us on our toes! We didn't even feel the earthquake in our area, so we felt a little left out. We always have something going on. Enjoy...maybe nothing out of the ordinary will happen for a while.

We were on our toes, Janie! We've gotten two things out of the way in a week. Shouldn't be any more events for years!!

I keep getting bopped out of my comments here! I'm blaming it on the weather.

I loved your post, Leann! I remember those winters where you were sent out into the snow to play and have fun. In my case that was before the modern water-resistant fabrics too. We always looked like the little brother in A Christmas Story - fall over and you could never get up.

Thanks for the trip down memory lane and good luck with SC weather. XO MJ

Thanks MJ. And btw, my mother not only kicked us out, she locked the door! LOL. Winters where we're from seem to last very long for mothers, I think!

For those interested in views of Niagara Falls, here is a link to two panoramas from one hundred years ago.
http://www.archives.gov.on.ca/en/explore/online/freeland/index.aspx

Last Sunday, we went to Buffalo and it was very white on the way. Right now, it is snowing again in our part of PA.

Since, my grandboys live in S.C. I called to make sure that they were ok. Their mom said that in the 16 years she has known their dad, this is one of the few times he got a day off due to weather. I glad you survived the unusual weather and the quake.

I'm out of the loop. Was it still icy when the earthquake hit? If so, that would definitely have been the last straw for me!

Definitely needed weather days! I went out Friday and the roads still had slush on them. Saturday I ventured to the grocery store and there was hardly any produce, meat or milk to be had. Plenty of bread. Those guys had just delivered. But today the sun is shining and the snow is almost gone.

Yes, it was still icy. But I didn't realize what it was until I heard about it the next day. If I'd known, I would have been up all night waiting for aftershocks--and the quake hit around midnight, I think, so it would have been a very long night. It really wasn't much of anything but next time I'll know what I'm hearing. (I thought a train might have derailed since we are close to the tracks.)

I have seen snow in June in Minnesota when I was 15. I have seen thundersnow. And dealt with tornados. You have dealt with a wide range of weather. Maybe you didn't want your life to be complete?
Krista

I don't think that was the bucket list I wanted. :-)

one can only hope!