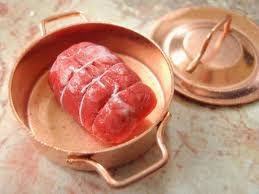 There are a lot of reasons that recipes can go wrong. Sometimes you can make a whopping mistake. Back in the days when I still served meat to guests, I hosted a dinner party featuring Beef Bourguignon. I put the meat in an electric frying pan, covered it with wine and herbs and let it simmer away. As the party got underway, I was surprised that there was no delectable smell filling the kitchen. Hours went by, all the hors 'oeuvres were eaten and the guests were clamoring for a sit-down dinner. When I checked on the beef, I realized it was raw. So raw it almost had a pulse. Someone had unplugged the frying pan to make some margaritas! All ended well, because I sliced the meat very thin, pan fried it and everyone loved it. 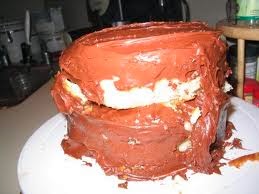 Sometimes thing go wrong because you're in too much of a hurry. Ever try putting icing on a warm cake?
﻿ 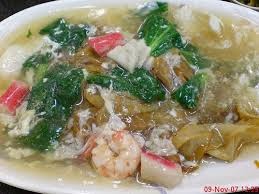 Sometimes, you tinker with the recipe so much, it bears no resemblance to the original! 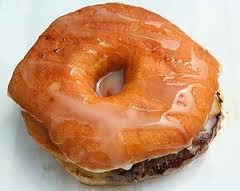 ﻿
And some foods were just never meant to be, like this hamburger in the middle of a Krispy Kreme donut!
How about you, do you have any recipe disasters to share?
Mary Kennedy
Posted by Dr. Mary Kennedy at 12:00 AM

Lol just burning things accidentally. Reading while cooking is something I had to stop doing. I once wanted to warm up some Doritos in the oven, with shredded cheese on top. I accidentally put it on the grill function. Those Doritos were burned black in 5 minutes.

Setting the microwave for 3 hours instead of 3 minutes, and getting involved in doing something and not realizing it for about 15 minutes. Chewy nachos!

I can sympathize with that story. The first time I invited my in-laws over for dinner, I put a huge pot roast in the slow cooker, turned it on and went off to work believing that dinner would be ready when I got home. Nope, forgot to plug it in! As a young bride
I was devastated, but my husband said that it had just been marinating all day, popped it in the oven and while everyone had appetizers and cocktails it cooked and turned out delicious. See I understand - always check the plug!

Several! Most involve birthday cakes. Usually I make layer cakes (per my husband's request). One year it completely fell apart. So I made the equivalent of cakepops in a 9x13 pan, shortly before they became popular (because I kept trying to save it with frosting and it kept falling farther apart). I don't think we even ate half of it. Layer cakes are very stressful for me.

Great story, Mary! "Someone" must have been embarrassed, although men recover so quickly from these things.

I may never recover though from that hamburger in the Krispy Creme bun. Snort!

I can do layer cakes. :-) I cannot make rice though. I tried one time when having a friend over for dinner. It was sooo crunchy. Opps! Luckily, my room mate was sweet about it. Lol I cannot make rice krispies or fudge. Lol Oh, well.
Krista