Hey! There’s a Nap for That

In the run up to Christmas this year, I find more than the usual number of things going on. Maybe because this is the first time we’ve had a book release in December and The Sayers Swindle is keeping us busy.  Plus all my friends and groups are having Christmas parties. Then there’s the seasonal buying, wrapping, baking and obsessing, but also a book to finish.

All to say, this is why I seem to be among the walking dead today. I was up way too late last night and early this morning.  Now I have circles under the circles that are under those red things that used to be my eyes (and not some weird Christmas decoration).

We all know that sleep deprivation has been linked to heart attacks, stroke, depression, weight gain, accidents, muddled thinking and wrinkles. 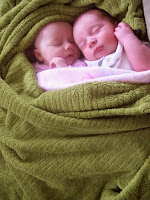 But I’m not worried because there’s a nap for that. The first time I lurch into a wall, I know it’s time to face the music, or more accurately, the pillow.

Although babies seem to have a natural knack for it, napping is a skilled activity. It can be passed from generation to generation. I learned from my father, one of the world’s greatest nappers. Luckily, I didn’t learn to snore from him at the same time.

The anti-nap bias runs strong in our go-go culture, but naps are a way of perking yourself up quickly to go flat out once you are awake.  The secret: twenty minutes or less.  Some people call them power naps.  I think just plain nap is cozier and more soothing.

I wake up recharged and energetic.  I used to set a timer or an alarm, but now my eyes just pop open at 19 ½ minutes.

Lots of people can’t nap. It ruins their night’s sleep. My sympathy if this is your story. But if you can nap, celebrate it!  The price is right and the benefits are many. 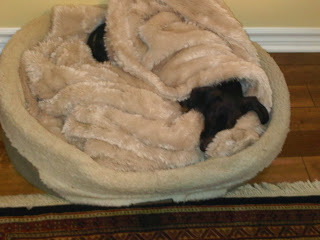 And as you can see, I have some very effective role models in the family. Lily is a pro. 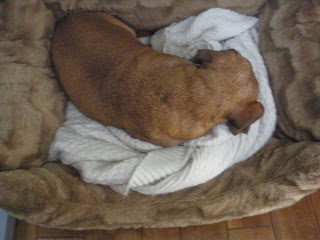 But Daisy gives her some competition.

How about you? To nap or not to nap, that is the question. Let me know in about twenty minutes.
Posted by Mary Jane Maffini at 1:00 AM

My husband is an avid napper and I envy him-and now I envy you. I'm one of those who will be up all night if I fall asleep in the day time. But I am happy for you being able to get the boost! No wonder you're so energetic!

You are lovely to say that I am energetic, Leann. I am actually a giant tree-sloth and I am amazed at all that you get done. Despite your challenges with health, you always manage to be a good friend. That's so important. XO.

You're right, MJ. Naps can be refreshing. I've always fought them because I thought I might fall asleep too long. But my body found a way to do it naturally. Every so often, I'll simply snooze right over the keyboard. :). Just a few minutes, like you said, then I automatically wake up. Funny. Then I get up make a cup of tea and get back to work, feeling good.

I can nap sometimes. I do feel better after a short time...I can remember being at my Grandmother's house and she would come up to the sofa and say, "I'm going to throw myself down for a bit." It seemed like it might have been about 15 minutes and she would get up again. Naps seemed to work for her.

Napping is the way to go for me. I'll be doing fine and then suddenly, my mind and body start slogging, slowing, slogging even more slowly. Sometimes I try to resist taking a nap because I don't want to stop what I'm doing. But if I resist, nothing goes right. However, take a 20 min nap and I am much better. I don't pop up (I do use an alarm) but I do function much better after I "reset" my body.

If I take a long nap (an hour or longer), it Is because there is some underlying something not right in my body. And if I end up needing 3 naps one day, same thing. So naps for me are cure alls for the ordinary body recharging but they also can be indicators that something medically needs curing!

If I take a nap, I want to keep sleeping for half the afternoon. And am absolutely tired enough to sleep a full nights sleep after that. So I often fight to stay awake as it seems such a waste of my precious reading time. But in Winter, when it is so very busy at the office, I am much more tired than in summer.

I do try to take naps on some days. I usually have to make sure that someone is available to wake me or set an alarm. I usually need to eat shortly after a nap or I am not good to anyone. I could not nap well in school.