Who knew yogurt could make you sick? I mean, it's my go-to food for protein since I have many, many, too numerous it would bore you to tears problems with food. If it's not a migraine causer, it's a gut wrencher (and I mean that literally). 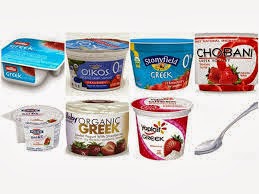 But every morning I start my day with a cup of yogurt--until recently. In the middle of my deadline, the worst time EVER to get sick, I found myself awakened in the night feeling like I was about to lose my cookies. Even when I have gut problems, I hardly ever feel nauseous. But I was that night. And for the next week I spent my time running between the couch and the bathroom.

Then I read that people were reporting problems to the FDA concerning a certain brand of yogurt. Hmm. The very yogurt I'd been eating everyday. 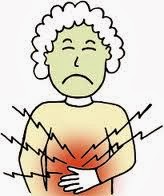 Surely that couldn't be what was making ME sick. I've never been the victim of a product that ended up on a recall list. But then, the day after the first article about the yogurt, they did do a recall and there was a link to the lot numbers affected with MOLD. I ran to my fridge and I had FIVE containers of yogurt with those numbers. And no doubt I had eaten several before I became ill. Out they went.

After a week of sickness I finally was well enough to start working on my book again and I needed to make a trip to the grocery store. I didn't feel like eating yet, but my husband and the pets sure did! I knew those yogurt lot numbers by heart and some were STILL on the shelf. And the reaction I got when I reported it to the clerk was a shoulder shrug--as if to say "So what?"

I was reminded again that if it's not you being affected, then it's really no big deal. No one died, right? But I keep thinking that lots of moms feed yogurt to their little ones. How would this affect toddlers if it took me a full week to recover? All I know is that from now on, ANY food that is recalled will be on my radar. Unfortunately the brand of yogurt I'd loved so much makes me sick to look at now. I probably won't ever eat it again. Thank goodness a new grocery store is being built in town--one with lots of organic options and great produce. I won't have to travel an hour to get to a decent store--and maybe the people they hire will actually care if there's a recalled item on their shelf.

Anyone else have a run-in with a recalled food--or even this very yogurt I've been talking about?
Posted by Leann Sweeney at 12:00 AM

Pet food recall & one insensitive sore owners wouldn't pull it. I made signs & snuck in later that evening...if I helped one animal and their owner avoid huge vet bills or pet's death...I claim victory . And, yes, I do monitor recalled items in this store still.

Maybe a sign would have made them get that stuff off the shelf! We also had a recent dry pet food in our house that was recalled (salmonella) and I will never buy that brand again! But it just isn't that well-advertised when there's a problem. Grrr!!

Your store owner must not care about liability issues! I hope you spoke to the manager. You can look up the local consumer agency and report them online.

I heard the same thing--the product still on the shelves after the recall--from reading messages about some of the news articles about this problem. When I went to the store yesterday after I wrote this blog, it wall all gone. But it sure took way too long. If I had the energy I'd make more of a stink but gosh, I have chronic Lyme, was recovering from my third sinus infection since January and then this horrible GI stuff. I just did not have the energy to fight. I just hope people will bother to go to websites where sku and lot numbers for recalled items are listed to prevent this from happening to them. (And forget about me buying anything even close to an expiration date, too. That wasn't the problem but I will sure take that a lot more seriously now!)

I know for a fact that our local Target removed every one of those because my daughter works there and told me about it. As a teacher, when we have an intestinal outburst at school I often wonder if it came from tainted food. Glad you feel better.

How I WISH we had a super Target anywhere near here! I love those stores! Thank goodness we are getting a Publix. I will feel so much better about shopping now.

So sorry you went through that. You should talk to the store manager and let him know about the clerk's reaction. If you don't get a better response from him, go above his head. Otherwise, nothing will change there. Yogurt is one of my big migraine triggers, so you're lucky you can eat the non-tainted stuff.

Thanks Debbie! You are probably right. I can also see where a fermented product like yogurt would be a migraine trigger.


Have you considered making your own yogurt? There are many types machines out there for this. We make ours. You need the milk you prefer-and a starter. I get my starter from a plain yogurt, a little higher in fat, so the starter will work.Each time you make a new batch, take some started from and old batch. It is a plain flavor, but, you can mix in jams, jellies, chutnies, etc..fresh fruits, anything you want, AND you know it is fresh, and safe. Our machine makes 8 containers at a time, some make more. Uses very little electric to run. We make it 2 times a week, sometimes 3 .It would not be processed food, it would be fresh. Creamier.

Yogurt is a migraine trigger? I have never heard of this. I don't eat desert often, but I do like vanilla yogurt. And I do suffer from headaches more often than not.

Thanks SueAnn. Once we get out of this tiny rental house with no counter space and appliances from the 60s, I have MANY plans for improving my diet!! LOL. Making yogurt sounds like it's on the list!

I've stopped drinking cola for that reason, and I try to not eat chocolate. Only when I already have a headache I allow myself to indulge sometimes. I refuse to give up cheese though.

I'm with you. Cheese is about half my diet!! Love it! Especially extra sharp cheddar.

Aurian, yes, yogurt can give you a killer migraine. I used to eat yogurt every single day. Until all of a sudden I started getting killer migraines (as in send me to bed migraines.) Usually it was within an hour I'd start getting the migraine. I even tried different brands of yogurt hoping that it was brand specfic. Nope. Organic, non-organic, store brand, expensive brand. ALL were bad. Once I quit eating yogurt no killer migraines. Okay..no more constant every day ones. (I still occassionally get migraines but not from yogurt. And I haven't had any yogurt in 10 years.)