by Deb Baker (aka Hannah Reed) 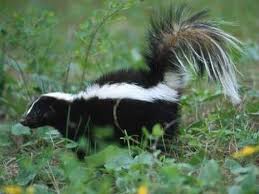 Solo camping, that is. I had such a fun time camping with friends that I put together my own gear and
last weekend took off for what would be three days by myself in a state campground. I was a little anxious. What if the tent wouldn't go up? What if the propane stove wouldn't fire up? Lots of what ifs.

So I decided to make reservations at a park within an hour's drive. Just in case I had to bail.

The tent went up, the stove started up, all my fears were alleviated. Except the ones I hadn't even considered.

"Pick a site near other campers," 'they' told me. "Think safety."

So I selected a site very carefully. How was I supposed to know that a bunch of dads and a kazillion boyscouts would be right next to me?  (note for the future - avoid group camp sites.) The kids made noise all day and the dad's took over in the evening.

The next issue was bathrooms. Women like to have them nearby. Although the campground map didn't show exactly how far from my site to the toilets, I was smart and picked the closest one possible. Geez, they really are right there, I sort of thought while pitching my tent. The first night wasn't too bad, but the wind must have changed by morning, because the aroma...yes, they were pit toilets...was as bad or worse than what this little guy can dish out. (Note for the future - flush toilets only)

Did I mention the abundance of wildlife? Isn't he cute?

Oh, and the temperature plummeted to 41 degrees by early morning. While I made coffee on my trusty camp stove, and even through the fog, I could see my breath. That's always fun. Actually, I could still see it several hours later.

I made it twenty-four hours. Then, after the weather report predicted rain throughout the next night, I bailed. And watched it pour buckets from the comfort of my home - all that night and far into the next day, and decided to call it quits for this year.

Can't wait to go again in 2014.
The Irish/Scottish/Whatever the heck I am, don't give up when they are challenged.
Stay tuned.

Proud of you, Deb. Way to go, girl! Making it thru the night with noisy scouts & dads, smelly toilets. :) Go, you!

When we camped in Door County in July, a single lady camped in a teardrop camper. She looked as if she does it frequently. I was impressed with her and with you, Deb.

Good for you, Deb! I am headed off to camp alone for two days. I find it empowering. You are writing a new chapter in your book of life! Have fun with it. After a divorce years ago and then being widowed two years ago, I can identify with your feelings. I am cheering you on!

I love Door County! You must have made your reservations a year in advance.

My first steps were a bit wobbly though. Comments like yours are inspiring. Thank you.

Deb. You did great. I don't care for tent camping but will go in a trailer. Not alone. Even though it was just one night, you were very brave. More Power to you. Next time it might be a week.

You go Deb! We Scotch-Irish are a persistent, determined lot, hang in there!

Those trailers are sweet:) Someday...

Thanks Jeannie, we are stubborn, aren't we?

Way to go, Deb! I've never been camping on my own, but have a friend who has done so frequently. I've always gone with at least one other person, and have set a tent up in the rain two or three times.

The last time another friend and I camped in Door County, we went in September, mid-week, and pretty much had our pick of camp sites. We were able to be near both other people and the restrooms, without being right on top of them. There was a skunk that would wander between sites each night, and it was funny how people would sing out, "He's coming your way" or "He's headed back towards you." You could tell we were amongst people who respected wildlife and left him alone because we never smelled him once all week.

Deb, you are intrepid!

Things get easier, the more you do them. Think of all you learned! What a good role model you are.

A great story, Heather. I haven't camped at Peninsula State Park since I was in my teens. Your tale brought back some special memories.

I think you did your first solo trip in a very smart fashion....Park not far from home, Back up plan, checking on the weather, not too far from restrooms. I will say that there are plenty of pit toilets that don't have any aroma. It depends on how well maintained they are. But I do prefer flush toilets because it also means there are sinks in the bathrooms.

As for noisy neighbors, well....sometimes you know, sometimes you don't. Sometimes you come in and have no neighbors and then the neighbors from you know where set up near you. But yes, avoid campsite neighbors with lots of tents/vehicles as much as posssible.

If and when you do end up getting a little trailer, do the same thing, pick a park not too far from home for the first trip or two. My parents, every time they get a new camper, the first trip or two is usually just a few hours from home to make sure if anything isn't working right, they aren't stuck. And to figure out all the things you don't realize you need to do to make THAT camper work for you.

Have fun with your new camping adventures. Next thing you know, you'll end up keeping all kinds of gear in a box, just ready to pick up and go! And you'll have a camping pack list (with many blank copies) so you don't have to recreate the wheel every time.

Vicki, you sound like an expert! Several weeks ago, I found a packing list online and modified it to suit my needs. So next time I won't have to think so hard:) I also packed away my supplies in plastic storage boxes. All set to go.

Lol awesome post Deb, thanks! I have no tips for you, as I never want to be that close to nature ;)