There was a time when "reality TV" came on the scene and I was hooked. One of my degrees is in behavioral science and my classes in social psychology were among my favorites. Reality TV, in the beginning, was basically a social psychology experiment--social psychology being the study of humans as they behave within their society. But apparently if you experiment in front of millions of people in a capitalistic society, it's not really an experiment. It's just scantily clad people on an island in the Pacific eating grubs and berries.

Back in the 60's and 70's, researchers in the field got in big trouble for 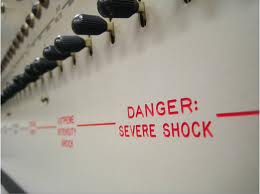 their human testing. One experiment that drew great controversy was where "subjects" were shocked by other "subjects" to see how far the person doing the shocking would go. Another one that caused serious debate and led to new rules in how we experiment with human subjects was the Stanford Prison Experiment. College students were recruited to be either prisoners or prison guards. The results were disturbing in that the "guards"--supposedly normal, everyday young people--became more and more brutal as time wore on, proving that "Power corrupts. Absolute power corrupts absolutely." I don't even 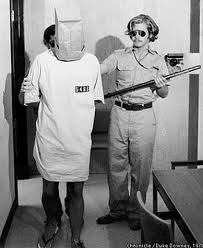 remember what the hypothesis was in either case, but I know they had to shut the Stanford study down after just 6 days. Both "prisoners" and "guards" were profoundly affected.

I no longer watch much reality TV aside from singing or dance competitions. "Real" housewives pulling each other's hair or a child who might near serious therapy in the future or a man who has a bunch of women living with him and lots and lots and lots of children just doesn't appeal to me. I'm not sure this is the reality I know. Or care to know. The older I get, the more fiction draws me in.

But two news stories--and hasn't twenty-four news created it's own alternate reality?--did hold my interest this summer. The Zimmerman trial (which I watched WITHOUT commentary, just listened to the case as it presented in court) and the royal baby. I won't comment on Zimmerman. But these fantastic, relate-able royals? First, Kate with her post-partum body for all the world to see and her saying without having to speak that "this is what a woman looks like after she has given birth and it's beautiful!" And Wills doing so many things wrong with that baby car seat like we've ALL done because let's face it--you need a manufacturer's rep with you when you try to get that thing done right the first few times. These are normal, young, happy, lovely people. And that's the kind of reality I'll take every time. 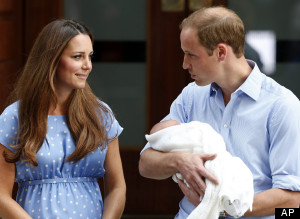 No surprise I write fiction and I love happy endings! What's your reality this summer?
Posted by Leann Sweeney at 12:00 AM

I don't watch much tv at all, but I do enjoy Storage Wars, Storage Hunters, Shipping wars, Toy hunters, that kind of shows. I just download whole series, and when I am too tired to focus on a book, I just watch some episodes.

For the most part, I like my television the same as I like my books--if someone doesn't die, I'm really not all that interested. I love mysteries in just about any form. I do watch a lot of those shows on ID..Hub calls them my 'murder shows' and I giggle when he does. The only reality tv I watch is Survivor. I have been watching that new Whodunnit show. I really liked it at first, but it's getting stale for me.
Like you, I prefer my books to the world of 'reality' television is offering these days. No different than daytime soaps!

Those shows sound like treasure hunts and that's always fun!

I admit I watch the weight loss shows, Big Brother, Survivor and the ones that end in a proposal or not. However, our household favorite is the Amazing Race. If only I was not afraid of flying or heights.

I love American Picker's and Toy Hunter. I am with you, I hate all the Housewive's and the other's. If that is reality, I want no part of it.

I used to watch Amazing Race and did enjoy it. But after so many shows, it just seemed too much of the same!

I can say with complete honesty I have never, ever watched a housewife show. I have seen clips on other talk shows and that's plenty of their "reality" for me! :-)

I liked the young Royals with the baby - the fact that Harry wants to be the Uncle that plays with George. And his baby sitting fees are very high for his brother. They sound like a family. I may be wrong, but I believe that would be Diana's influence.

I guess I am old enough to realize that real life can be beautiful. Staged arguments by people who are so desperate to be famous are no more real life than they are entertaining. I am not sure when being hateful to other people became something anyone would like to watch. The only thing I can imagine - it must make some sad life feel less sad.

I totally agree, Annette. And it seems to "normalize" that kind of interaction. What's wrong with kindness and understanding? Guess it doesn't sell commercial time. One reality show I didn't mention and should have because my daughter is a dancer is Dance Moms or something like that. If my daughter had EVER had a teacher like the one I've seen who screams at her students and the parents, we would have been out of that class for good. There is no need for that. None.

Leann, if I were one of those mothers, I think I would be embarrassed at allowing my child to be abused on national TV. But, I reckon that is all about the "fame" at any cost.

I have never watched any of those reality shows...I started watching a little of the first Survivor one...and when I saw how stupid people were..and what the network was expecting people to do..I knew it was not for me..NONE of that was a reality.......I watch things like when Diana was married and buried.....and them of course her grandson's birth, and her sons; wedding..now THAT is reality!!! There is enough bad going on in the real world..I don;t need to see fake real......I prefer my fiction...thank-you!!!! My cozy chicks..take a load off my mind on a daily basis!!!! I hope your readers help you too!

I know my readers keep me SANE! Thank you SueAnn!