I Am Robert Galbraith ... Or Maybe Just Cuckoo

The biggest author joke on social media sites this past week was authors who claimed their pen name was Robert Galbraith. See, that's JK 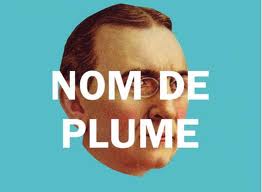 Rowling's new pseudonym (complete with fake bio). She claimed in the bio to be a soldier. Then some reporter researched this writer named Robert Galbraith and decided he described women's clothing too well. Had to be a woman. And so it all came out. Now, this book that had sold between 500 and 1500 copies since its release, is a mega bestseller.

When this story broke, we also heard about the "embarrassed" publisher who rejected the Galbraith crime novel who offered what so many writers have heard in their rejection letters over and over--the writing is competent but it just didn't stand out in a competitive market. How many times did I hear 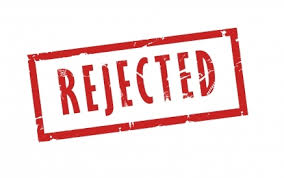 that in the decade it took me to get published? I don't remember the number because it was A LOT. It is standard rejection letter verbiage.

I am sure Rowling had her own reasons for taking this path. Does it mean she wrote an average novel at best that will now make a gazillion dollars because of who she is? Some may think so considering the poor sales of the book before people knew who really wrote the book. I don't think so. What it means to my way of thinking is that she is a good writer who had to deal with what we as writers all deal with--a tough playing field where standing out among the crowd is extremely difficult. Hearts are broken every day in this business and not many people realize it.

When I submitted my work to agents and editors over and over and over, I hoped someone, anyone, would see that I could be trusted to write a good book--and write a good book more than once. No matter how much I knew in my heart that I was more than capable, I had to get the right person to believe in me. And believing in strangers is difficult at best. I am grateful I found that one person in the industry (my current editor), but I am still bothered it took so long. 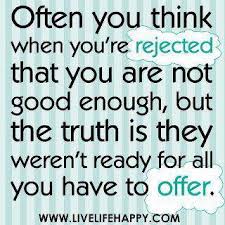 And another thing that bothers me? I won't be making a million dollars anytime soon because I am NOT Robert Galbraith/JK Rowling. I am just a writer who had a dream. Don't get me wrong. She worked hard to get where she is today. But I think all published writers work just as hard.

Any thoughts? Will you be buying this book that you might never have heard of prior to the revelation? And do you think her real identity might have been leaked by someone other than an investigative journalist?

Apparently JK Rowling's legal firm have made an apology after one of it's lawyers told his wife's BFF about the pen name and then she tweeted it (account now deleted).

I'm just relieved it wasn't JK Rowling doing it to increase sales (she's reportedly quite angry about the whole thing).

I may buy the book if it looks interesting. I didn't buy The Casual Vacancy, because it didn't look like something I would enjoy. I am a big JK Rowling/Harry Potter fan.

I read the same story Anita Joy described, and it does sound plausible. I won't be buying the new book, nor the casual vacancy, as they just don't appeal to me. I may be a very loyal reader, following my authors across genres, but the new book still has to appeal to me. Christina Skye for instance went from ghostly romantic suspense which I loved of into womens fiction, and I really dislike that genre. Perhaps just for the name.

I agree it was "leaked" for not so innocent reasons and if she's angry, that's another part of her journey!

The Casual Vacancy didn't sound like my kind of book, either. But I British police procedural? LOVE THEM. I started the book last night and I have to say it is MORE than good enough to have gotten a contract. Excellent, detailed writing. Completely up my alley and I hope she will write more crime fiction!

Aurian, I feel the same way. What is "men's fiction" by the way? It's out there, for sure, but doesn't get labeled to limit its appeal. Sigh.

It all seems just a little too fishy for me. I may check out the book from the library, but won't buy it.

Definitely smells fishy. Maybe not on Rowling's part, but the people around her who earn a lot of money when she sells well.

I probably wont buy it. But I will check it out of the local Library.

I started it last night since I love British police procedurals. It's pretty good. Great descriptive writing. That rejection letter she got seems to have been "standard" from an editor with a slush pile who probably didn't read much of the book, if any at all. That's pretty common practice. They aren't really looking to buy manuscripts--they're looking for a reason to reject them because they get so many. :-)

BTW, I keep calling this a procedural but it's really a private eye book. I am VERY tired after seeing Jersey Boys in Greenville last night. Excellent show but I don't stay up until after 1 AM usually.

By the way, not a police procedural--why I keep saying that, I do not know. It's a private eye mystery, told the British way. Still am enjoying it.

I haven't read any of the Harry Potter books because they don't interest me. Gasp! Am I from another planet?

But a mystery? Oh yeah, I'm interested. I own so many books and really don't need more so I'm going to check it out of the library and see what all the hype is about.

I am with you. I am not a Harry Potter fan. It is simply not interesting to me.

But, I do wonder why in the world Ms Rowling would be upset that everyone now knows she wrote this book? She is an author, surely people would not be surprised she wrote a book. And if it is well written, it seems that would simply be another star in her crown. But, then, I am not a hugely famous person, so I am sure I do not understand the entire thing.

Maybe she wanted to prove something to herself and felt this book was a way to do that but she didn't have enough time. From what I have read in the past, she never liked the Potter frenzy. Perhaps she just wants to write in anonymity. That can probably never happen for her.

I will probably see if I can get it from the Library first. I bought her novel "Casual Vacancy" and hated it. So, I will make sure I like this one before I buy it. I cannot afford to buy something I hate.

I agree that the library is a good way to go, especially since I am sure it is a hardback. (I have the audio version and used an audible credit.)

No, I don't think I will be reading it. I never read any of the Harry Potter books and I have so many other books to read that I know I will like so I will be passing on this one for now. I do understand how it would be hard to get books sold if no one knows who you are as an author. A friend is going through that right now. He wrote a very interesting, rather scary because it seems a bit prophetic, book but since he is unknown, he hasn't gotten a lot of them sold. Because of Facebook, I have learned about a lot of authors I never knew about before, including Leann Sweeney, and I am thankful to be learning about them and adding their books to my list.

Thanks for the kind words Elaine! :-)

That was the first thing I thought too..she wanted to write "on her own" and not on her "reknown"....different stories for different purposes in life, for her...Potter books kept her from starving...now she wants to enjoy herself a bit....I do stay loyal to authors..to a point..Phillipa Gregory wrote some astounding historicals that I read over and over..but then she went into a period of witches and spells..that I had no interest in..so...did not bother with them...I would be the same with JK...liked Potter..did not care for her other works...so..you win some, lose some..but I think she wanted to be accepted for merit..not name...who does'nt?!

I like her writing--and this is the first by her I have read. I am a crime junkie at this point in my life after reading all kinds of different things earlier in life. Now, just give me mystery! :-)

Yes, she probably wanted to be able to write something different without hearing how distant this book is from Harry Potter. I understand!

As a writer struggling with getting published I know exactly how the rejection letters feel. Awful but I just can't give up on my dream.

I don't blame J.K. Rowling for publishing under a pseudonym. I admit that I had no idea of the books existence before her secret was revealed, though. I also admit to being very curious about the book now.

Good luck with your writing, Sheery. The best advice I can offer is to never give up. Persistence is everything!

Thank you, Leann. I love mysteries (of course) and crime fiction. I think I'll have to pick it up.

Eudora Welty did a twist on this several years before her death. To prove how difficult it is for new writers to be published, she submitted her most famous book to her own publishing house under another name. She was rejected. Not for plagiarism but because her book wasn't sellable. I'm sure the lowly reader who made this determination was embarrassed.

Thanks Monique! I didn't know that! But this is why persistence is the key to getting published. You have to believe in yourself, have learned your craft and put your work out there so it can be seen. (while not being an egomaniac). I sold to Penguin because my current editor loved ONE LINE in a short story I wrote that was posted online. Just a few words. Amazing, huh?

Leann, I love your kitty kids and your stories. 'You raise me up...'. Thank you! Where can I get a cat cam????!!!! I won't read Rowling...not my style. I keep saying I WILL write THAT book, but haven't started....many titles later. I do write to share the Gospel every Sunday from my website and have 5 years of archived lessons. Maybe I should start by binding by year to sell. Please keep those books coming! Be blessed!

Thanks Melinda! I think I need a cat cam in real life, too!! And yes, bind those lessons!