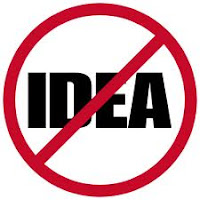 Early in my writing career (when it was primarily a hobby ... because I was unpublished), I had very few story ideas.  It used to worry me because as I'd near the end of one project, I'd think, "Whatever will I do now???"

Well, those days are gone. Now I have far, far too many stories I want to write.

I'm in the middle of a story I've wanted to write for close to fifteen years.  Not only is it going really well, but it's going fast, too.  (Of course.  I've had 15 years to think about it.) I've got a new writing routine that's working out splendidly (but is weather dependent, so will vanish with the summer--I'll have to figure something else out--and soon!), and my head is about to explode because of all the story ideas in it. 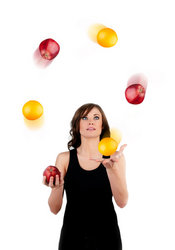 More than once, I've worked on more than one story at a time.  Back in January, while on vacation, I juggled four of them and wrote more in three weeks than I had in six months. But I also missed out on most of my vacation, too.  I want to finish this book quickly, so for now I'm going to concentrate on only writing it.

But while I do that, I'm still juggling story ideas (novel, novelette and short)  for The Jeff Resnick Mysteries, The Booktown, Mysteries, Victoria Square, Tales of Telenia, along with a couple of short story ideas, and a whole new cozy series.

Knowing I have so many ideas is a comfort, but also a pain in the butt because I can't write them fast enough. But it's a problem I'm willing to shoulder.

My next worry?  Finding readers for so many diverse subjects/series/stories.
Posted by Unknown at 6:51 AM

Make sure you don't burn yourself out!!!! Take a little time out of your day and smell the roses. We will be here waiting for your books no matter how long you take,

Write and they will read! I certainly will.

You will never lack readers.

Good for you, Lorraine. You're right. We DO have lots of stories to tell in several stiffens settings

Rest assured, were waiting, however long it takes. Worry about what you love and the rest will take care of itself. That old phrase comes to mind "don't sweat the small stuff" comes to mind. And, at the end of the day it's mostly small stuff. Worry & stress helps no one and often does more damage than good.

I'm smelling the roses this year. Have planted three new bushes--and have actually read up on how to care for them. Much better results! But for the first time in a very long time, I ENJOY WRITING again!