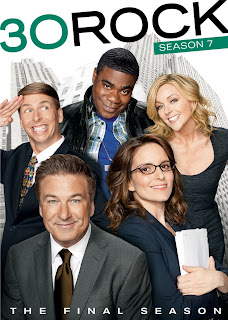 The Emmy nominations have been announced, and as usual, I'm way behind in my efforts to keep up. I have a history of that. Some of my favorite shows I came into way late - Sopranos and Downton Abbey to name two of the many.

Why am I always the last to know when something is really worth watching?

Here's where I am regarding the nominations for one of my favorite categories - Best Comedy:

30 Rock - started watching the first season last week. How pathetic is that? Why has this not shown up on my radar until it was gone?Aren't there something like seven years worth and a whole boatload of awards?

Louie - watched a few, but found his life depressing. Did I give it enough of a chance? Is this really comedy?

Modern Family - okay, I'm caught up - watched the first few seasons on DVD and worth every second of my time.

The Big Bang Theory - discovered this last year and have watched many of the oldies still going strong on various channels. Go Sheldon!

Veep - don't have HBO, but just watched the first season and it's a keeper.

So what should I watch next? And which do you hope wins?

The Fosters, The Killing or Royal Pains.

Okay, now I have three more to add to be TBW pile!

Don't feel bad-I haven't watched a single episode of any of those shows! Part of the problem is that I work evenings-so I rely on shows available on my day off, or On Demand. Honestly though, the premise of these half hour comedies just don't appeal to me. What do I love: Grimm, Once Upon a Time Doctor Who, Grey's Anatomy, True Blood (where I'm a year behind because I don't have HBO and have to wait for the season to come out on DVD) etc. I also just discovered the new Devious Maids and ADORE it! Add some cooking shows and So You Think You Can Dance and that's about it-oh I'm behind on Castle and watch reruns of The Andy Griffith Show!

That's a full plate of programming! I love Castle!

I too discovered The Big Bang Theory this past season. I actually bought the first five seasons on DVD on Thanksgiving at Walmart this year, which was a source of great excitement for me! (Since I usually only watch TV on DVD or online...)

I have watched Modern Family since the beginning, and am glad you liked it too.

Girls, I watched the first season of, and it was fine, but I'm not dying to watch the rest of it. The other three shows you mentioned, I haven't watched at all, and I could care less!

Just yesterday, I watched an episode of Pretty Little Liars, with a girl I was babysitting, and now I think I may be hooked. I will have to go back and watch the last few seasons, so that I can know what's going on and who is who.

And I, too, love Castle. What aspiring writer wouldn't?

Pretty Little Liars is supposed to be good! On my TBW list.

Lol I have not even heard of most of these shows, and watched none of them. Enjoy your shows Deb :)