A Pox on Candy Crush 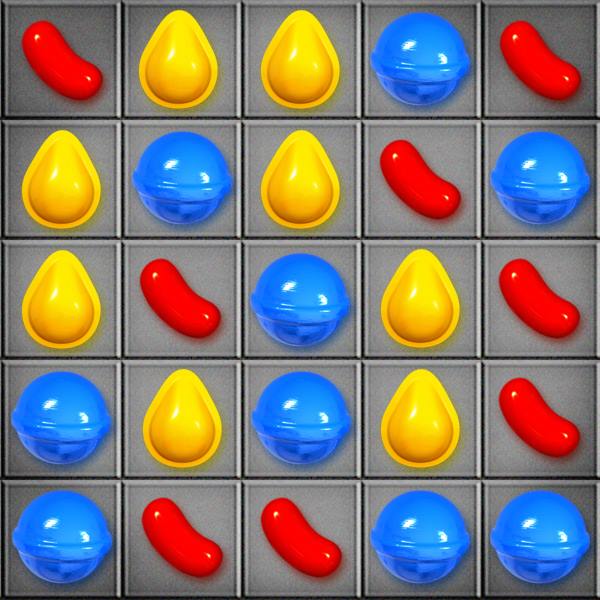 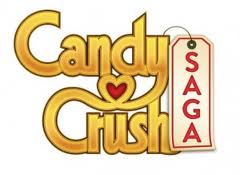 I love the game Candy Crush Saga. No, wait. I hate it. I hate that it sucks holes in my day, that it clamps onto my brain and will not let go, that it drains the battery on my iPhone in the blink of an eye. I hate that I love it. I hate that the inventors know how to draw you in, like drug dealers.

At first they make it easy to score a hit. It feels so good that you want to score another hit, and you do. They sweet-talk you along the way, too. "Sweet" the honey-toned voice coos to you. "Divine," he says when you hit a vein of four candies of the same color. "Candy crush!" he shouts gleefully when you hit pay dirt.

And then you're hooked. You can't stop. You have to play just one more game, score just one more win to move to the next level. Slowly, insidiously, the levels become more challenging, the wins harder to achieve. But you press on because you know what a rush it is to reach a new high.

So you keep playing, determined to feel that rush again. And then they pull the rug out from under you, lccking you out, forbidden to play more until you gain more lives.  It might be half an hour, it might be twenty minutes. Whatever it is, it's a blessing in disguise. It releases you from your addiction. It forces you to look around, realize an hour has gone by and you haven't moved.

The worst part is when you've completed a level and are forced to either pay 99 cents to unlock the next level or coerce friends on Facebook to help out. It's the one aspect of the game that really irks me.

When I began to see the Candy Crush screen on my eyelids when I lay down to sleep at night, I knew I was in trouble. When the print on my emails began to blur, I knew I was ruining my eyesight. So I've limited myself to two rounds per day, and I'm now going through withdrawal.

But yesterday, a friendly librarian told me about a new game called Tiny Towers. I'm going to check it out. Maybe it won't be so addicting or so frustrating.

Are you addicted to any games? What's your poison of choice?

Unfortunately, I know exactly how you feel.
RP

For some reasons lots of games suck me in. I love hidden object/adventure games, I have scrabble on my nook, solitaire and now Candy Crush, I am seriously thinking of taking the app off my iphone. Why do I need to play it one my iphone? However there is a good app for the iphone I do like, Picture the Word (four pictures = one word)some are easy and some are not. You do not get sucked in like Candy Crush. Why am I up at 1:25 a.m. wanting to play Candy Crush???? What I really hate is they get you to a place and make you ask others for help moving on... oh, by the way facebook friends, I play this stupid addictive game and I need to go on to the next step so would you...

Lol I know exactly how you feel Leann. I have managed to stop playing Candycrush, and now I ignore all the friends requests I get, so I don't go back again. But I am having a harder time quitting Bejeweled Blitz. It is easier, does not have levels, but the frustrating part is, it resets the scores every week, so your lovely super high score goes away, and you want to beat your friend again ...

Those Facebook games are just evil. I could have read a few books more if I did not get sucked into those games ...

Hi Kate and other commenters.

I guess I am one of the "lucky ones" who has not yet even tried Candy Crush. I see and hear about many of my friends playing it, and seeing their requests for help on Facebook, and I just didn't want to get involved with that tight now. But, a few weeks ago, I saw a book being given away on Goodreads about playing Candy Crush with tips, secrets, cheats (??), and strategies. I figured that when I do decide to try this game that at least I would have a little help. I didn't win Candy Crush Saga but the author contacted me and sent me the book in hopes of me doing a review for him. I have read the book and it seems as though it would be beneficial to adding points to the game if I were to follow these hints, etc., but I just don't have time right now to devote to it knowing how addictive it is to others. I will just have to wait for a time when we are not caring for our grandchildren and such, and then may give it a try. With this book, I do think that the hints and strategies will work well once I do start playing.

Here is the information on the book in case you are interested: CANDY CRUSH SAGA-Your expert Gaming Companion in The Sweetest Journey of Success ISBN 9781490397719 - by Tyler Davis and Emily Jackson. And in addition to the paperback, it is available as on e-book on Kindle too.

Hope that if anyone gets this book, that it helps all of you who just can't get enough of this "sweet" game. :)

Liz, I can only play it on my iPhone. Otherwise, I'd be playing it even more! AAACK! I'll have to try Picture the Word.Thanks for the tip.

That's exactly my problem, Aurian. I don't have that much free time and when I do, I should be reading!! I've tried Jewel World, but each game is on a timer and I hate the pressure.

Cynthia, thank you!!! I need to order that book so I can stop obsessing about level 45, which I have been trying to beat for over a week. You're better off not starting. Trust me on this.