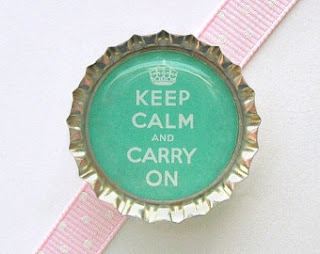 I don’t talk about myself much, even with my friends. So when my divorce was finalized in March, all but a very small circle of friends knew. Even today, I still haven’t changed my Facebook status because I don’t want to shout it from the rooftops. I dislike pity parties, unlike P.P. Patti (an inside joke for those of you who have read my beekeeping series). That’s me. I’ve been a very private person.

On March 4th, I turned 60. On the 21st of that same month, I became a single woman and moved into my own place after 25 years of marriage.

I’m ready to share that now, partly because some of the things I’d like to include in my weekly Wednesday posts involve my new status.

My ex and I have remained friends. We have dinner on a regular basis and discuss our grown kids and whatever else we still have in common after so many years of knowing each other.

The fact you and your ex can be friends and talk is awesome. You should be proud of something most people can't claim. I wish my ex and I could be civil, but we have the problem of his jealous wife.

So live life. Be positive and do new things! Sometimes these new adventures bring on great joys we never thought we could have. And yes, you do deserve joy and fun!

I think it's wonderful that you have such a great attitude! Happy trails to you!!! Terri Dunn

I applaud your courageous approach to this new phase of your life!
May it bring many moments of joy!

For me, it was ... 41 and suddenly single. Not my choice, but now i think *I* won. Like you, my ex and I are still in contact. In fact, we're going to lunch in a couple of weeks. He gives me advice - good advice - and is still a good work resource.

That first year can scare the crap out of you, even if the divorce was something you wanted. I predict at the end of the year, you will be square on your feet and moving forward in ways you never imagined. You go girl!

Deb, my sister is about your age and is now going through a divorce. I hope she soon gets to the same place you are. It has been a difficult time for her and I am sure you had your days where things were tough as well.
Hugs,
Leann

Thanks for sharing! You know you always have friends here.

I am glad you are positive about it all! And I am looking forward to reading about all the new discoveries you will be making in the future :)

Deb, Wow, I'm so proud of you! How's the new place? Any pets? A cat (or two) is such company! Or perhaps you're a dog person? Anyway, good luck on your new adventure and have fun!

I love my apartment after 25 years of yard work and repairs...now I don't have to do any of it. No dogs allowed (probably a good thing or I'd bring home rescues), but cats are. I lost my 18 year old cat on Monday. She was ready to go, had been for awhile. Now I have to decide whether I want to be tied down just yet. I'm enjoying the freedom from responsibility.

One of my partner's co-workers came home one day to be told "I don't want to be married to you anymore". The office rallied around her as she worked at leaving one life and starting a new one.

Strong women survive... You are one of the strong ones.

Have fun on your new adventure! =)

Spread your wings further than ever before! You are in charge now...go for it. And get a cat...they are the best listeners and will love you unconditionally!!!!!

Get a cat...haha...really great advice, but what do I do when I'm on the road for a few weeks??

You and I were born on the same day in the same year!And I am single too, because of events beyond my control.

May you experience great and exciting discoveries on your new adventure!

Onward to the next adventure, Deb! It can be a little scary to make such a big change, but sometimes it's scarier to see your life passing so quickly and NOT making changes.

Can't wait to see where you go from here.

It took me a long time to change my status from Married to Widowed, so I know what you mean. It felt too intrusive for a long time. You are so fortunate to have a good relationship with your Ex. Congrats on that. You're starting more than a chapter. It's a brand new book about your life. Fill those blank pages with happiness. Wishing you, my fellow Cozy Chick, tons of it.

I am so proud of you, and a phone call away when you decide you need another cat.

Live your life to the fullest and enjoy your new freedom. As for the cat well I could live without a spouse but never without my cat...xoxoxo

Good for you, Deb! I won't send you any pity, you are a strong woman and will do fine on your own.
It's also nice you and the ex can be civil.

If you aren't ready to adopt, you could foster which is usually temporary.