The post today is from one of the original Cozy Chicks from June 2006, when we first launched the Cozy Chicks Blog.  Karen is a multi-published mystery author as well as an old friend who is continuing her successful Gray Whale Inn, bed and breakfast mystery series set in Maine.  Karen has also written paranormal mysteries.  Enjoy!  ---Maggie Sefton 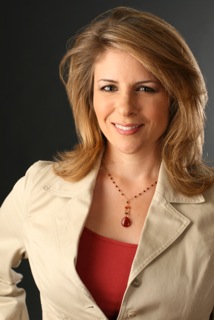 I finished the sixth Gray Whale Inn mystery a few weeks ago, and for the first time in months, found myself waking up without a scene to write.  I’d frequently fantasized about this situation, particularly during the sticky middle parts when I had gotten my main character, innkeeper Natalie Barnes, into some creative but fairly impossible bind, and had absolutely no idea how to get her out.  The most frequent scenario involved snuggling into the couch in my coffee-cup bathrobe with a bag of Dove chocolates and watching an entire season of Downton Abbey in one day.    (You know you’ve had the same fantasy.  Admit it.)

The first morning of freedom, after intentionally lingering over coffee in the aforementioned bathrobe, I cued up Downton Abbey and sprawled on the couch with a bag of Dove chocolates in one hand and the remote in the other, ready for my day of indulgence.  After watching half an episode of slender and attractive people in lovely dresses but challenging circumstances, I went downstairs for a drink, and found a package of forgotten Eden melon seeds in the door of the fridge.  On a whim (and yes, still wearing my robe), I took them out into the garden and pushed them into the dirt.  As I stood up to go inside, I noticed that the calendula was looking a little over the hill and that the arugula was threatening to swallow the sidewalk.  As I yanked a couple of particularly aggressive plants, I decided petunias would make a nice accent in front of the tomatoes and sunflowers, and that some vining flowers on the cucumber trellis would make a lovely touch.  Bush beans, it occurred to me, might be a good replacement for the arugula, too.

Downton Abbey forgotten, I spent my afternoon digging up dead lettuces and spending more money than I care to think about at Barton Springs Nursery.  (I did change out of the robe before heading to the nursery.)  By the time I was done, I was covered in dirt and had substantially depleted our checking account, but I felt deeply content.

That evening, as I washed off the dirt in the tub, I realized that making things – be they books, gardens, gorgeous crocheted shawls, homemade ice box pies, or blotchy watercolor renditions of wilting flowers  (I’m attempting to learn to watercolor) – has a whole lot less to do with what we’re making than the process of making it.  When I write a scene, or dig my hands in the dirt, or knead dough for a loaf of sourdough bread, I’m imagining the final result, of course, but it’s really the process of making that fulfills me.  I’m a bit disappointed if the sunflowers overtake the tomatoes, or the petunias look garish next to the cosmos, but I’ll file it away for future reference.   If the plants don’t thrive or the scene falls flat or the bread comes out looking like a pancake, I’ve still gained from the process.
Some people make beautiful quilts.  Some people bake wonderful cakes (I know my main character, Natalie, is always most at peace when she’s in her cozy yellow kitchen at the inn, whipping up something delectable).   Some people write music, or make stained glass windows, or sing songs, or plant rose gardens – or do some combination of the above, like me.  But we all have that creative urge, and we’re never more fulfilled than when we’re in the process of making something, even if the final product isn’t what we’d initially imagined.

I was afraid to write for more than a decade, afraid whatever I did wouldn’t be good enough.  I’d browse the bookstore shelves, wishing I could create one of those plump, beautiful books, full of imagination and promise.  I usually bought a stack of paperbacks and came home feeling as if writing one was a silly idea, out of my reach – and I would shrink a little inside, somehow.

I’m not sure what finally sparked the courage to try, but one night ten years go I sat in bed and wrote a scene about a woman delivering wild blueberries to an inn on a Maine island.  That scene never made it into the first Gray Whale Inn mystery, but it got me started, and every day I am thankful that I took that terrifying plunge. Not everything I do is perfect (far from it), and I’ve written countless scenes that have ended on the cutting room floor, but it’s the process that keeps me coming back.  I need to create.

Already I’m dreaming of my next book, and although it will doubtless never quite measure up to the book of my imagination, I’m going to throw myself in and do it anyway, looking forward to those magical ‘flow’ moments when there’s nothing but me and the words flowing out of my fingers.  (There will be other, less pleasant moments – like when I have to cut three chapters because they aren’t working – but that’s part of the process.  Even the most experienced knitters drop a stich sometimes.)

And when I’ve written my scene for the day, I’ll go downstairs and plant a watermelon patch or attempt a sketch of a flower or make a new salmon recipe for dinner.   Because doing it will feed my soul – even if the kids do hate fish.

What creative pursuit nourishes you? And for those of you who are feeling brave, what is it you’re longing to do – but terrified to try?

Thanks for the lovely post Karen, I am looking forward to reading your books. Did you ever get to watch that whole season?

Thanks, Aurian! No, I never have finished it, and I've been dodging spoilers ever since. :)

I love your Grey Whale Inn series! I can't wait to read the latest book!

Thanks, Amanda! I'm so glad to hear you love the series. The most recent installment (Brush with Death) just came out last week. Hope you enjoy it!

The Gray Whale Inn series sounds wonderful! I will definately have to read them. I have always loved mysteries. I have had an idea for one rumbling around in my brain since I was in my twenties. I have just never found the courage to actually do it. So, Cheers! to you for having the courage to write yours. My favorite pastime, when I am trying to think something through,is to garden.

I hope you enjoy the books, Jeannie... and sounds like you've got a book waiting to come out, too. I think you should go for it! (And if you get stuck, you can always dig around in the garden. It's so much fun, isn't it?)

For someone who doesn't like to sew, I enjoy making quilts. It is like the freedom to let creatively flow and the joy is looking at the finish product.