I have to admit, I am not a huge movie buff. I'd rather read or listen to a book. But because I didn't cancel that "free" movies for 3 months that came with my satellite TV package, I now have a lot more movies available to me than I ever thought possible. 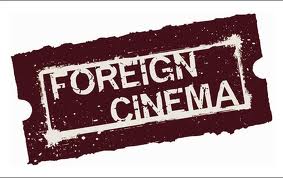 But it was the Sundance channel, not HBO, that drew me in Saturday night-- a
foreign film with subtitles. I'd seen several subtitled movies in the past--but long, long ago. What I tuned in to was, of course, a crime drama. What surprised me was how much I could understand without really having to read the text. It gave
me a new respect for actors--for their voice inflections as well as their facial expressions. 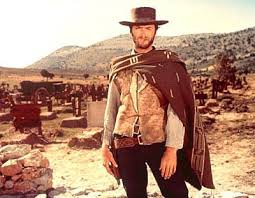 made in Japan that I used to watch when I was much, much younger. I never realized before that terrible dubbing was probably the reason I never enjoyed foreign films as much as I appreciated the one yesterday.

I was enlightened by my change of heart. The older I get, the more I fear I will grow stubborn and set in my ways. But it was refreshing to know, I am not there yet. I can still change and learn. I hope that lasts forever. What about you? Have you been enlightened lately? Forced to give up preconceived notions--even those concerning yourself?
Posted by Leann Sweeney at 12:00 AM

I am glad you enjoyed the movie Leann. And this early on a sunday morning, I really cannot remember if I have been enlightened lately.

Dubbing. [shudder] I hate it when a film is dubbed -- the work of all the original actors wiped out, no way to know how accurate the translation was ...

Rather than describe any enlightenment moment of mine, let me instead introduce you to my Great-Aunt Katrien, a recluse who almost never left her house and had electricity and an inside toilet forced on her in her absence after a nasty fall down the stairs -- and this while she lived in the middle of a city! With the electricity came a television set, donated by her family. She at first refused to watch it, then claimed she never did, and then ... one fine day ... with a twinkle in her eye, spoke a few words to a visiting family member in English. English? A woman who'd had a minimal, lower-class education? How on earth--?? Oh, she replied in an "It's nothing!" tone of voice, she'd been watching American television programs on that tv ... and had started to pick up English from listening while reading the (Dutch) subtitles for comprehension.

If nothing else, there's your reason for sub-titles! (And I do wonder, had she been born a half century later and not been "working class", what she could have made of herself ... ) --Mario R.

What a great story, Mario. Never thought of subtitles as English lessons, either! the things we keep learning! She must have really kept track of that English dialogue!