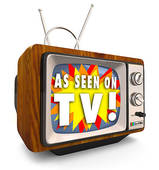 I thought I'd do  a Mid-Winter Check on what TV programs are helping to distract people from the Winter Boredom or Blahs or whatever.  For some of us, the 3rd season of DOWNTON ABBEY arrived not a minute too soon.  I don't know about you folks, but I needed to disappear into an engrossing storyline with excellent British actors handling all sorts of problems, life-threatening and minor.  Titled folk and the fascinating and diverse staff that serve them.  Drama and more.  A week ago we watched a heart-wrenching episode that brought tears.  Totally unexpected and totally believable.   I won't divulge it in case some of you  readers haven't yet watched it.

Another favorite that I started watching two years ago and is back for its third season is REVENGE.  Talk about fascinating dramatic mystery plots.  There are villains of all kinds, men and women.  And the psychological makeup of these characters is compelling.  Once again, Excellent actors.  And plot twists which are always a surprise.  And that's saying something for TV.  Complex inter-relationships.

Another favorite show of mine is PERSON OF INTEREST.  It's outward storyline is these fascinating two men --- one a computer genius who's invented a genius machine who can tell who is in danger of being killed or killing and his partner, a former Black Ops soldier who left that life and has gone to ground to escape his former secretive Govt agency bosses.  Each week, another person is in danger.  And the two NYC detectives that secretly help them in their work have another high stakes game of cat and mouse---with various killers.  Again, excellent actors in all the roles.  And I have to say, the writer has developed one of the most fascinating and malevolent female villans I've ever seen on the screen.  She keeps slipping thru their grasp and is intent on capturing the quiet computer genius, Harold.  This season, former Black Ops agent John has accidentally acquired a Belgian Malinois watch dog who only understands commands in French.  Name is Bear.  Watching Harold and Bear develop a relationship has been lots of fun.

Those are three of my faves.  Now, what are some of your favorites this season?
Posted by Maggie Sefton at 11:27 PM

Oh I love Person of Interest also - one of my very favorite shows. Also like Elementary and Bones. I haven't seen Revenge but I may have to take a look - thanks for the suggestion

I have my tried and trues, some of which have been around a long time now, some only a few seasons: The Mentalist, Castle, NCIS, NCIS:LA, Criminal Minds, and CSI (No theme at all there, huh?). I am impatiently awaiting the return of Grimm, which was pushed back to March due to production issues. The only comedy I watch is The Bing Bang Theory.

I tried three new programs this year. Vegas failed to hold my interest through the first episode. Last Resort grew on me and was getting pretty intense when it was canceled--at least they allowed them to end it somewhat satisfactorily. Elementary is definitely a winner.

Love Person of Interest, Castle, The Mentalist and Mike and Molly.

I have to say NCIS is among my favorites as it has good looking men. I also like Suits and White Collar on USA. It seems I watch CBS shows most other than USA and Castle. The new show on NBC with the doctor with two personalities is interesting.d

We find it difficult to watch US series here in Australia, the channels chop and change at will, there is no continutiy and let us not mention commercials with their timing issues. So we wait patiently for the DVD and have a splurge. NCIS, NCIS LA, Castle and my recent favourite Hawaii 5O. I so want to go to Hawaii.

Kathleen---Oh, yes, I forgot to mention Elemntsry. I finally gave it a try and liked it a lot. Now it's a face. Also, be alert this spring after Downton is over on PBS for the marvelous British new version of Sherlock which brings Sherlock & Watson into modern day London. Called "Sherlock." Casting is simply perfection. No lie. Only the Brits can really update this series realistically. Plus the classic Holmes plots have been cleverly updated. And wait until you meet this modern Irene Adler.

Bernie---I'm sorry about those tv problems. And you should definitely get to Hawaii, I loved the variety on the Big Island.

I love Person of Interest and Downton Abby. I never started Revenge. I hope I can fnd them on line as I just had to disconnect my cable to save some money. By the way, Bear obeys commands in Dutch, not French. I love the way Harold gradually started playing with Bear.

"Revenge" and "Person of Interest" are among my favourites too. Also, "Scandal", "Republic of Doyle" (Canada). I'm enjoying "The Americans" which started a few weeks ago on FX. And my guilty pleasure is "The Carrie Diaries" (prequel to "Sex and the City".

"Person of Interest," "The Mentalist," "Criminal Minds," and "Major Crimes" are my favorite US shows at the moment. I can't wait for "Longmire" and "The Glades" to come back on. PBS and BBC America - "Downton Abby," "Sherlock," "Luther," and of course, "Dr. Who." I'm amazed, now that I've written this down, and now that I realize I left out a few favorites, that I have time for anything else! lol

I'm afraid to admit I watch most of the shows already mentioned. I also love "Deception," "Necessary Roughness," "Blue Bloods," and "Once Upon a Time." AND "Merlin" and "Suits." How could I leave out those two gems?

Castle of course! And Firefly reruns. : )

Afraid to say that my favorite Brit show is Doctor Who1

Person of Interest is one of my Favs too! As well as Castle and The Mentalist!!