How to Almost Ruin a Vacation 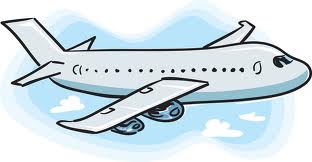 It's too bad so many vacations must be sandwiched between days that involve any kind of air travel, because traveling by plane these days can really get you off to a bad or good start and can leave a bitter taste in your  mouth at the end.

I just spent a terrific week in Key West with my two kids. Unfortunately, their trips down to the keys were fraught with problems.  At the Indianapolis airport, my son was told he had traces of explosives on his hands and spent a stressful 15 minutes in the Homeland Security office being patted down and having his things gone through with a fine toothed comb. And at the end, they apologized and sent him on his (late) way. Nice job.

I, too, was pulled aside at O'Hare so my hands could be tested. What the heck could have been on our hands to make security react that way? I hadn't even used hand lotion that morning. Just soap.

My daughter got to the airport on time when traveling to Key West and learned her AA plane was late. When she finally boarded, she sat on the tarmac for over an hour, and then was deplaned because of mechanical problems. She then sat for 2 hours until a new plane could be found. She missed her connecting flight and the one after that, and 12 hours later, arrived in Key West for a trip that should have taken 6.

On our return trip, my daughter was treated rudely by a stewardess because she had on her headphones and was listening to music and playing a game and didn't notice that the stewardess had come around peddling drinks. When my daughter noticed, the stewardess came back over and said, "You were ignoring me before," in a snippy voice. She was rude to my daughter throughout the trip.  Had I been sitting next to my daughter, I would have asked for the stewardess's name and reported her. There was no call for that behavior. It couldn't have been the first time she's ever had to wait on someone wearing headphones and not paying attention.

As many of you know, this isn't my first go-around with American Airlines. When I visited their Facebook page, I wasn't surprised to see a very long line of complaints that were logged in just today alone. Is it any wonder that people are switching to companies like Southwest? I keep hearing great things about their service and record for being on time. Maybe that's the way to go next time.

It's a good thing our in-between days were so much fun. And I even rode a jet ski for the first time (in choppy waters and have the bloody thumbs to prove it). I don't get to spend much time with my adult children anymore, so this week was priceless. What a shame that it started and ended on bad notes, though.

What airline do you use? Which ones do you avoid? Have you ever been pulled out of line for explosives?

I haven't flown since before 9-11. I haven't had the need to. Now that I'm diabetic and must fly with needles? I can already see the hassle!

We try to take Southwest whenever possible. I live in Pittsburgh and my sister lives in San Diego. Luckily, both are serviced by Southwest. This summer we were on Delta, I think, when we went to the Bahamas. That airline was okay. I don't fly that often, and don't have much experience with other airlines.

Debra, I'll send your comment on to our internet wizard and see if she can work her magic. I wouldn't know where to begin. Sorry you're having problems and thanks for letting us know.

The airlines are becoming more and more difficult to deal with and more expensive. It is frustrating and I don't think they have any incentive to change!

I haven't flown in forever. Sorry your vacation started and ended on a bad note.
Krista

Wow, that sure is scary, being suspected of being a terrorist! Sounds like faulty sensors to me though. Glad you had a great time with your children Kate.
I've only flown once (and back of course), and I really disliked it. So not like in the movies.

I have only flown twice on major airlines and really do not want to fly again. My first commercial flight was Allegeny Airlines and the return flight was United. My first actual time flying was in a Beechcraft Baron sitting next to the pilot. That was wonderful even though I hate heights.

When we lived in San Francisco in the '90s, we were loyal to United Airlines. Lots of business trips and accumulated miles and some international flights. They were a good airline and the service was great, especially if you got upgraded to Business Class. Then they had the bankruptcy issue and the few times I have flown them since, I have been disappointed.

Since moving to the Portland, OR area in 2004, we have become loyal to Southwest. LOVE them. There is rarely a delay or missed connection. The airports they serve tend to be smaller so pre-boarding hassles are fewer. They used to have an amazing frequent flyer program but now it's pretty much like all the others. The service is fun, friendly, and often there is laughter.

My uncle once got pulled out of security due to residue on his suitcase. It was pre-911 and he was detained for several hours. The culprit: he had borrowed my grandparents' suitcase and grandpa was on nitroglycerin for his heart. The drug left traces on the suitcase handles and my uncle was suddenly a bomb suspect. Pretty funny story now -- not so much at the time! Sounds like something in a mystery novel, huh? Hmmmm... :-)

I always fly SWA whenever I can, especially from Chicago to Florida. Sure, they can run late like everyone else but usually their employees are helpful.

Airline hassles are the only thing that make me grateful I haven't been able to travel in recent years. As for hands testing positive for explosive residue -- Glycerin and even some trace minerals from soaps, hand cremes, etc. can result in a "false positive" reading for explosives. Glad the actual vacation made up for the hassles of getting there!

Thanks Leann for the comments help
I hate being at the airport because of the heat and crowds. I actually enjoy the flying part. The last time I flew it was from New Mexico to NY.The plane ran into extreme disturbance and had to divert to Harrisburg PA. The woman next to me had a severe panic attack. I was able to divert her by telling her about our fun in Santa Fe , our son's football games and asking her about her kids. Turned out she is an MD. She kept thanking me but once the feeling came back in my arm I enjoyed talking to her.
We deplaned at LaGuardia airport and we were all back in hell, hot, dirty, noisy. Yuck. Why is it all the NY airports are horrible and everywhere else in the US is so much better?

Heather, that was helpful about the glycerin. Seems like a lot of people would get pulled out of line, though, doesn't it?
Debra, what a story! And why do NY airports have to be horrible? Surely they have a lot of fussy flyers who would demand better, right?
Southwest Airlines is getting a lot of attention in Florida because of their great service. If I were American, I would be trying to be like them.

Definitely Southwest. My husband is 6'6" and flying is often a nightmare, but our last SW flight he actually had enough room that his knees weren't smashed into the person in front of him. And their employees are helpful!! My other fave is Alaska, but they do charge for checked bags, SW doesn't.

My mom worked for AA for 25 years, but I always fly SWA. My mom's job involved getting the parts in to keep the planes in the air, and once back in the mid-90s, I was booked on an AA flight by my company. On the return from Dallas--what should have been a quick 45 minute flight--turned into more than 3 hours on the tarmac while they discussed a leaking toilet in First Class. Finally, we took off and I arrived home almost 5 hours late. I immediately called my mom and gave her the flight number and said, "Make sure that damn toilet gets reported." She laughed and replied, "Oh, that's been like that for months. There was probably just a new crew who hadn't known about it." I'd already sworn off AA by this time anyway, even if I could fly on her passes. This just made me demand to always get SWA when my company booked for business, too.

I really love everything about SWA, but I'm one who always gets on board early, so the lack of assigned seating was never an issue for me. But the crew is always so helpful and stay in a great humor. I've heard the emergency instructions sung to our cabin to the tune of "Secret Agent Man" and received iced sugar cookies when I happened to be riding on one of their anniversaries. Also, our bags got lost once when we flew to San Diego--bad weather caused us to miss a connection and our bags went without us, but we couldn't find them when we landed. I reported the problem to the SWA rep at San Diego, and told her what hotel we were staying at. Before we got to our hotel, there was a basket of fruit and cheese from SWA apologizing for the problem, with written assurances that they would have our luggage delivered as soon as it was located. And the next morning, bright and early, the hotel desk called to let us know our luggage was in the lobby.