First of all, my thoughts go out to all who are recovering from the storm. Having been through numerous hurricanes and tropical storms on the Texas Gulf Coast, I understand how difficult the aftermath can be. My heart also goes out to the people of Ohio who are suffering through an average of 333 political ads on TV and radio per day. Ridiculous. That one billion dollars the candidates are spending could sure feed, clothe or provide medical care to a LOT of people. Why one state will determine a big election, however, is a thought for another day. So let's go for distraction. X Factor bash alert!!

I like reality talent shows. So You Think You Can Dance, The Voice, American Idol and even the now cancelled Sing Off. Love them. I understand what it means to catch a break after you have prepared to "put yourself out there." Many, many people wish they could get a record deal or a publishing contract. But like athletes, those who "go pro" make up a small percentage of the "applicants." By far my current favorite show in this category is So You Think You Can Dance. But my daughter is a dancer and performance artist so I'm a tad prejudiced. 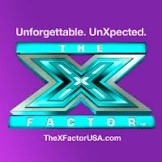 Then there's the pathetically trashy X Factor. When one contestant actually wore a paint-can full of yellow eyeliner and crawled on the floor, I threw up my hands in disgust. Not what I want to see in an entertainer. Their singing voice should grab me first, not the horror show going on around them. Who is responsible for the wildly over-produced numbers? Someone on an LSD trip? I swear the migraine I woke up with in the middle of the night had been triggered by flashing lights, silver spiked hair and oh ... that performer crawling on the floor. Simon Cowell  described one contestant as "desperate." No Simon, your whole program is desperate. The silly host whose last name starts with "K" can go home and stay there. Can we vote HER off? I swear, Mario Lopez could have stood there and said nothing and I would have been more entertained.

My hope is that in future weeks, these people will be allowed to just SING. (Hopefully someone will give them lessons on the technology of that little plastic do-dad in their ear. They're singing off key, probably because most of them have never used the equipment before.)  I do love The Voice and am looking forward to their live shows. Don't know if I can take a whole season of X Factor, but I am an eternal optimist. It's got to get better. Right? Right???

What about you? Have you watched? What do YOU think?

I almost never watch shows like this, though I did watch some of the winners on youtube. There was one English woman, who really looked bad, but when she started singing, the jury and audience fell from their seats. So good, so beautiful a voice. I loved that. And I believe she is now a performer (with new clothes and hair).

I think you're talking about Susan Boyle. She sang I Dreamed A Dream from Les Mis in the contest and was amazing. She now has a career, though she still seems to get very nervous performing live.

I think they should let the singers sing whatever style they sing, instead of trying to change them. Brittany has been such a mess, how could she "mentor" anybody!?! I agree with you, that show just annoys me. The "K" should get voted off also.

You would think that Susan Boyle would be a great example of what this is all about. When she first appeared on stage, no one counted her for anything, but when she opened her mouth, everyone was floored. It should the talent that the performer possesses, not what tey look like.