Thanksgiving is over but we were lucky enough to have my daughter and son-in-law come down to South Carolina from NYC. As I wrote in an earlier blog , they are now vegan and I have multiple food allergies. Since we were eating at our friends' house (because we are in the ugly, small rent house), we had to prepare a number of dishes that would suit all of this. I called it the Vegan-Southern-Yankee Fusion dinner. Needless to say, we had A LOT of food. So much food, in fact, that we decided to count the different dishes. Final tally? 23! Cauliflower salad with pomegranate, risotto with butternut squash, fried turkey, natural turkey breast (for me), corn stuffing, bread stuffing ... I cannot give you the entire list but must mention the egg-free pumpkin pie and the vegan pumpkin pie (made with cashews and maple syrup). Both were de-lish--though cashews are not on my edible list, so I'm just going by word of mouth. 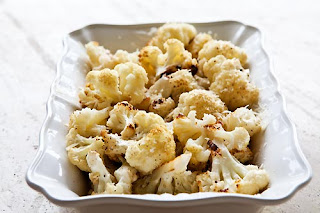 That list doesn't include the tasting of the Crown Royal Maple Finish whiskey or the Samuel Adams Winter Variety pack. I don't drink, but the consensus was that the Crown Royal was wonderful. Unfortunately, the migraine I had the next day (from too much stress and probably the rye bread in the stuffing) was a real killer. I may have to go vegan myself because I have a chicken and egg allergy that may have crossed over to turkey. But I'd have to do it without all the nuts my daughter used in cooking. My tree nut allergy is not a good thing to have if you're vegan, I've learned. 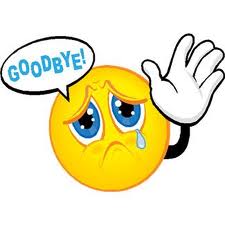 It was a great time with "the kids," even though my Trivial Pursuit game is packed away somewhere. We watched a lot of football, saw Life of Pi and just talked a lot. Nice. But then came the good-bye. We won't see them for Christmas. In fact, I don't know when we'll see them again. It's hard being in a new place, stuck, for now, in an awful house and then getting a little loving visit that ended all too soon. Not to say I wasn't thrilled they came and will treasure the memory. But the tears came quickly with the good-bye hugs. I hope all of you had people you could hold close and be thankful for, if only for a few seconds. Now I am on to full baby watch. The new granddaughter will be arriving sometime in the next week! I will be on to hellos then. :-) 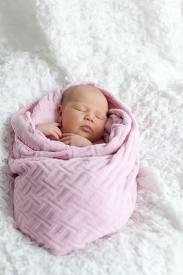 Wow, risotto with butternut squash---yes! And the cashew and maple syrup pie!! Next week, please post those recipes! And I bet bloggers will want you to post others. :). yum! Also--- year ago when I was really reducing fat intake, I accidentally went Vegan for OCR a month. It was easy because there're SO many delicious options available now. And I loved, love nuts but drastically reduced them as well because of the fat content. Still, three are SO many alternatives. However, Intenal Medicine Doctor daughter Serena said not to give up meat entirely. There are reasons. But you can still do mostly vegan. Try it and see how you feel. :)

Thanks Maggie! I need to eat more veggies but I don't think I could give up dairy. (That's what the kids are having the hardest time with--no cheese.)

It was a great visit, Melissa!

I'm with Maggie! Post some recipes, especially the cashew maple syrup pie. Yumm! It must be really hard to find dishes that work for everyone, but you and your family did a great job.

thanks Kate. I'll have to get the recipes from my daughter when she gets back home. The roasted cauliflower salad with pomegranate was unbelievably yummy!

I just don't agree with not using milk and eggs. I can see no meat, although I do not go along with it, but I just cannot give up dairy as well. I am lucky. After living in different cities fir many years, my daughter and grandchildren are now living only 2 blocks away and it is so nice to have them close. I turned 65 this summer and have a lot of health problems so I am glad to have them close.

Hmm that many food allergies is just awful. You should try to find author Yasmine Galenorn's blog, she also has many allergies, and was almost a diabetic, which she fought back. I read her normal blog, but I know she has a food blog as well. And she is very creative in the kitchen.

Thanks for the suggestion Aurian. I will check out her blog. It is a miserable thing, these food allergies! (and I only listed a few!)