You read that right. I didn't mean panic attack. Passion attack. I haven’t had a sudden onset passion attack for a long time. 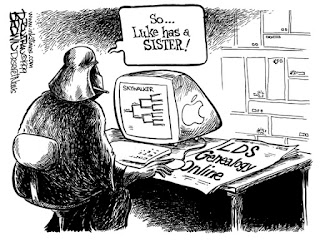 This one was triggered by a gift box filled with old family records. Symptoms continued unabated for twelve hours straight. Nothing could relieve that intense period of total intensity while I searched online for more information to add to my box.

It started out innocently enough – a quick peak through the papers and photographs that had been carefully documented by my mother, who is interested in our genealogy. Then a casual online Google of a family name, my maiden name – McGarity.

Where I found a whole society of McGaritys sharing research. And located our family crest. Documented records went back to the 1700s, meaning we were here in Colonial America, served in the Revolutionary War, blazed a trail with the thirteen colonies. Wow! That took my breath away.

I had to find out where and when we entered the country – spent hours scanning ship’s passenger lists, deciding my ancestors probably came in through Philadelphia and followed the Wagon Road into South Carolina.

Time stood still. The world ceased to exist. Did we come from Ireland? Or Scotland? I had to know. Just one more search. Just one more…. I refused to believe I’d reached a dead end. I was like a gambler. Just one more toss of the dice and I’d win!

The box is now set way back, high on a shelf inside a closet. I don’t think I should open it again.

Oh man. I feel a story coming on here. One of your characters needs to get into genealogy.

Lol, we can't have that of course, we need you to write cozy mysteries! But did your ancestors come from Scotland or Ireland? Or did you not find the answer in the end?

I spend a whole weekend a few weeks ago watching nothing but the English tv program Escape to the country, and now I faithfully watch each day the new episode. On my computer though, after it has been on tv, so I don't get all those commercial breaks.

Ann, I suggested that idea to my publisher but they weren't interested. And Aurian, I still don't know if we came from Ireland or Scotland. I guess I could make up a good story:)

Deb - I can't believe your publisher wouldn't be interested. Just imagine all the mysteries to be solved in researching your ancestors.

It is addicting isn't it. I have been there myself. One of my cousin's had done my Dad's side of the family. I did my Mom's. We traced all the way back to King Canute and Sigrid the Haughty of Norway. It is so hard to pull yourself away from it. But, I am glad you did, you have to write more cozies, so I can get lost! Lol!

Deb---I'll bet on Ireland. :). Now, you've made me feel guilty. I've got a file folder which a family historian did on my mother's family going all the way back to early medieval England. And my mom's family came to Virginia as settls in 1646. So, I really should do more research----one of these days. :). Oh yeah, my dad's family came from England & Ireland. The Sefton's are from Lancaster, England.

Maggie, you are so lucky to know that!