Welcome to Dru's Cozy Report. Due to Hurricane Sandy, I was displaced and in that time, my reading mojo had suffered, but never fear, below are four debut series that are on my reading radar. 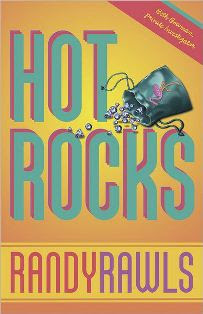 South Florida private eye Beth Bowman’s latest philandering-husband case has ended with a nasty bump on the head and a smoking gun—her own. The good news is that neurologist Dr. David Rassmussen is keeping the cops off her tail . . . and charming her off her feet. The bad news? An ill-mannered thug is trying to turn Bowman into a permanent hood ornament.

Setting out to find the “client” who set her up, Bowman gets friendly with the hunky Dr. Rassmussen—and gets unfriendly with a couple of ne’er-do-well thugs for hire. As her investigation takes her closer to an enticing stash of high-priced ice, it’s up to Bowman and an army of guardian street people to save her reputation and her life.

From Kirkus - Designed, like the Spenser novels, mostly to show off how tough and smart-mouthed the detective is. On the plus side, you'll learn a dandy way to extract information from unwilling informants without leaving any marks--and without spending more than a few dollars to purchase an item commonly available from any stationery store.” 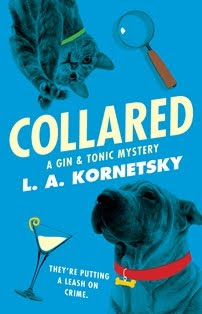 They rely on animal instincts.

Meet “Gin” and “Tonic.” She’s a dog person. He’s a cat person. But when these two friendly rivals team up to solve a mystery, you can bet their pets aren’t the only ones getting collared.

Ginny Mallard and her shar-pei, Georgie, are about to run out of kibble and cash, unless she digs up another client for her private concierge business. So she heads to her neighborhood Seattle bar, Mary’s, to sniff out an opportunity. Or a gimlet or two. The bartender, Teddy Tonica, is usually good for a round of challenging banter, and Georgie is oddly fond of his bar cat, Mistress Penny.

Before she can say “bottoms up,” Ginny lands a job tracking down some important business papers that have gone missing—along with the customer’s uncle. If Ginny hopes to track him down, she’ll need more than her research skills: she’ll need a partner with people skills—like Tonica.

This is one dangerous case that’s about to go to the dogs—unless man, woman, cat, and canine can work together as one very unconventional crime-solving team.

From Publishers Weekly – “Vivid descriptions of Seattle’s Ballard neighborhood are a plus in a cozy tale that will draw in even those normally skeptical of animal-centered stories.” 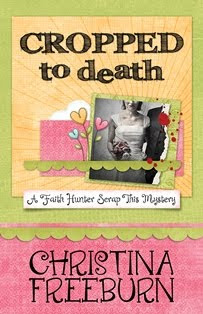 Former US Army JAG specialist, Faith Hunter, returns to her West Virginia home to work in her grandmothers’ scrapbooking store determined to lead an unassuming life after her adventure abroad turned disaster. But her quiet life unravels when her friend is charged with murder, and Faith inadvertently supplied the evidence. So Faith decides to cut through the scrap and piece together what really happened. With a sexy prosecutor, a determined homicide detective, a handful of sticky suspects and a crop contest gone bad, Faith quickly realizes if she’s not careful, she’ll be the next one cropped.

From Pam Hanson, Multi-Published Women’s Fiction Author - ”Christina’s characters shine, her knowledge of scrapbooking is spot on, and she weaves a mystery that’s simply cries out to be read in one delicious sitting!” 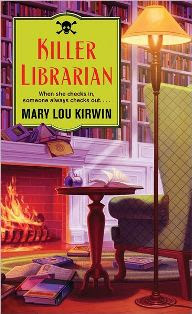 Champion of the mystery section at a small-town Minnesota library, Karen Nash is about to embark on a dream trip to London—a literary tour inspired by every murderous intrigue, wily suspect, and ingenious crime found in the pages of the British mysteries that she devours. But she’s clueless why the love of her mid-life, Dave, would dump her hours before takeoff—until she spies him at the airport with a young honey on his arm! She decides the best revenge (for now) is to get on that plane anyway . . . and entertain schemes for Dave’s untimely demise while crossing the pond.

After touching ground in the hallowed homeland of Christie, Sayers, and Peters, she checks into a cozy B & B run by charming bibliophile Caldwell Perkins. Soon she’s spilling tears in her pint at the corner pub, sharing her heartbreak saga with a stranger. That night, a B & B guest drops out of circulation—permanently. And when Dave and his cutie turn up in London, Karen realizes they are an assassin’s target. With the meticulous attention to detail that makes her a killer librarian, Karen sleuths her way through her own real-life mystery—in which library science meets the art of murder.

From Publishers Weekly - ” Literary allusions, from Winnie the Pooh to Ian McEwan, distinguish this from the common run of cozies.” And check out these other November releases--click on the pictures for more information!

I just finished Hot Rocks by Randy Rawls and I like it. It's very enjoyable and Beth is a gutsy character.

My reading mojo is nearly back.

wow, some wonderful reads there. So much fun ahead. Thanks, Dru Ann.

I love the covers on all the cozies.

DruAnn, You always make me want each of the books, and that is not realistic. Thank you - You really make them all seem wonderful.

More books to look at and possibly try. Thank you, Dru Ann.

So many great books, and I am still waiting for 4 of those to reach me!