How I Became Spiderwoman For a Day

After being married to a person for about 40 years, you would think you knew that person, right? You'd be able to anticipate how they do things so that you can then adjust your own strategies and requests. But this move to south Carolina from Texas has been a reminder for me. 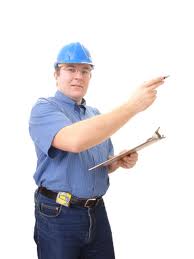 1. I am married to an engineer.
2. Engineers are very concrete.
3. Engineers can be so focused on the problem at hand they do not anticipate problems in the future.
4. My engineer is disorganized--and that's me being nice.

I did write down several important things before I left for South Carolina. (I left ahead of above-mentioned engineer.) Example:

1. Make sure the television and the computer are unloaded AT THE RENT HOUSE in SC.
2. Forward the mail.
3. Turn off the utilities.

To his credit, the utilities did get turned off. The mail item? Not done. I ended up doing it online. As for the TV and computer? A bit of a problem. I failed to remember #2 in my first list--engineers are very concrete and #3--that pesky lack of anticipation of future problems. This is how I found myself becoming Spiderwoman. 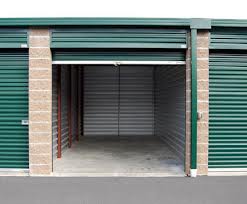 We rented two air-conditioned storage units (because one large one was unavailable). One of those storage units was packed to the ceiling with furniture for our future home. The other unit is about half full. The Direct TV installer was coming last Monday between 8-12. When engineer put up TV Sunday night, guess what? No power cord, no cables, no nothing but a TV. Where are they? I asked. After much thinking, it was determined that the cords to make the TV actually work were put in the entertainment center drawer--the one that's in storage. 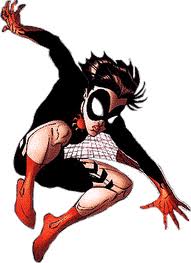 Could it be in the one half full? I prayed so as I went to the unit late last Sunday night. Of course not. That section of the entertainment center where the holy grail parts to the TV lay was in the back behind boxes and pieces of furniture stacked to the ceiling. Not to be deterred, I started climbing. Up and over, a few slides down between boxes, but finally I reached it. Except the drawer was blocked by heavy boxes and wrapped in shrink wrap. I had to unpack two boxes while fitting between a space about 12 inches wide. But aha! After an hour's struggle, I got the cords, all of them. And discovered I was stuck. I couldn't get out and I didn't have my cell phone with me. Would either of heroines, Abby or Jillian have done such a dumb thing as go to a deserted storage unit at night and leave their cell phone in the car? THEY WON'T. NOT EVER.

After another 30 minutes of struggling, hanging on all the while to those precious cords, I managed to climb to the top of the boxes again. And then dropped the lock to the storage unit onto the floor far below me. I couldn't go back down there. I COULDN'T! So, I made sure my car keys were secure and made my way out of there, leaving the lock behind. They never show Spiderman with bruises, but this Spiderwoman was covered in them--arms, legs, back, you name it, I was black and blue. I got back to the rent house and thank goodness engineer had an extra lock. He went back to the storage unit and while he was gone, I discovered, yes, we had a computer. But no screen. No keyboard. No mouse. All I asked for was that the COMPUTER to be unloaded, right? I was back at item #2--concrete.

I found the rest of the pieces of the computer eventually--all in different places. Remember #4? My engineer is disorganized--something he will never be cured of, I am certain. As for me, I hope writing this all down will help me remember the next time we move to be very specific in my requests.

What about you? Do you know an engineer like this? :-)

I read this to my husband, he winced, and I remarked, "I am so glad you are not an engineer!"

O my god Leann! What a story! I can't believe my boyfriend would ever do a thing like that, leaving the cables or everything that makes a computer behind. We would pack it all together for sure first.
I hope the bruises will fade soon, and you can relax a little.

My problem is, I SHOULD HAVE KNOWN. It's not like stuff like this hasn't happened before. I have been wearing long sleeves (in the heat) for the last week until the bruises fade. This move has been one challenge after another, but we're alive and we're in South Carolina. Next up? Building a house that doesn't smell like OLD.

This would be my life if I ever let my husband do anything. I do not think it is just your engineer that is disorganized. I think they all are. Add in a terrible memory and it's a wonder anything has eve been accomplished in the history of mankind.

Leanna, congrats on not killing him!

hehe. That might have happened years ago if I wasn't a patient woman. :-)

Leann, I am sorry for what comes next. My first question is "Why, after 40 years of marriage, didn't YOU pack those things that were liable to be issues? I apologize for this question, but I've been married for a mere 13 to your 40 and I know better. My better half has many of these same issues as your engineer and I always quietly take what I KNOW I require and make sure I am covered. Call it insurance. I'm not saying that your engineer shouldn't have been better prepared, but you know these things about him, you should have known better!

The problem was, I left a full two weeks before my husband, so he needed the TV and computer still hooked up. I had to get the rent house, utilities in SC and a bank account set up. He had to finish up at work. Otherwise, you are RIGHT. I would have packed things quite differently. In fact, all the boxes I packed before I left have a complete list of everything that's in them. The boxes he packed have an "R" for rent house or an "S" for storage. THAT'S IT! And it's not like I didn't BEG him to please label the boxes he packed clearly. But no .... :-)

Sounds like your husband's mind works like a computer, which means you need to be careful about the programming. If it's not on the list, it won't get done (i.e. "pack computer" will not translate to "pack all that pertains to the computer" unless you've somehow already defined computer), and you need to be very specific with "if" and "goto" to make sure everything on the list gets done, and done in the right order ... [laughs] You do have my sympathy. Loved the posting!
--Mario R.

You are so right about the list thing, Mario. I need to write down EVERYTHING to the finest detail. I will be very careful to "define" the terms! Yes. He's got computer brain syndrome. :-)