DEADLY POLITICS will be out Wednesday, August 8th 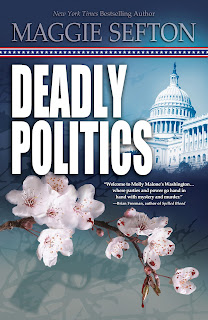 
At last.  The first in my political suspense series, DEADLY POLITICS, will be available for sale in bookstores.  I've waited a long time to see it on the shelves.  Those characters first walked onstage in January 2006, and it's been a long road to publication.  I had to fight for Molly Malone, the protagonist in this series.  It's not a cozy mystery, it's suspense, so there are differences in style from an amateur sleuth cozy.  Some publishers weren't interested at all.  True, the plot isn't cozy, but like the Kelly Flynn series, there's a colorful cast of characters that help and hinder Molly Malone while she tries to unravel the mysteries she encounters.

We novelists are a tough bunch, and we're used to rejection.  We've faced it ever since we offered our first creations to editors and agents.  We got used to hearing "No."  But, we don't give up easily.   We're fighters.  And we'll fight for our characters because we believe in them and their stories.  I fought for Molly Malone and DEADLY POLITICS to make sure it found a good home with an excellent publisher.  I found that with Midnight Ink.  And I love the fact that the Molly Malone Suspense mysteries will be published in Trade Paperback.

Having said all that, you folks will understand my considerable delight when DEADLY POLITICS received excellent reviews from esteemed Mystery reviewers:  Kirkus, Library Journal, and Mystery Scene magazine.   You can read the reviews as well as an excerpt on my revamped website:  www.maggiesefton.com.   Meanwhile, here's a plot description, so you'll get an idea of what this series is about.  I hope you'll give DEADLY POLITICS and Molly Malone a try.  :) 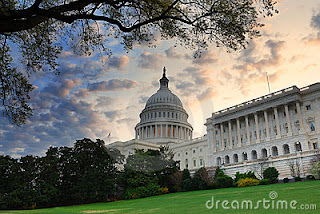 Politics is a blood sport in Washington, DC, and only the strongest survive.    Like the politicians she’s rubbed shoulders with for a lifetime, Molly Malone is smart and tough and savvy enough to stay out of trouble---most of the time.  However, trouble has a way of finding Molly.

Years ago, Molly Malone was driven from Washington, DC by political back-stabbing, scandals, and personal heartbreak.  But now, circumstances have forced her to start a new life in the one place she swore she’d never return to—the city that broke her heart---and face the ghosts and the enemies from her past.

As the daughter of a respected United States Senator and once the wife of a rising star young Congressman, Molly has seen it all in Washington politics
---the cynics, the sincere, and the schemers.  But the brutal murder of her Congressional staffer niece brings Molly up close with Washington’s darker side.  “The beautiful monuments and parks are deceiving.  Washington can be ugly.”  How ugly, Molly’s about to find out.  There are other schemers out there who may not have won elections, but are more powerful than the politicians they ensnare.
Posted by Maggie Sefton at 12:00 AM

Congratulations on tomorrow's release, Maggie! It will be fun to read your writing outside of the cozy genre. What a long road for you and Molly. I am sure it feels so good knowing that tomorrow it will finally be released. Wishing you success!

Sounds interesting. I am eager to get my hands on a copy to read. Good luck with the series.

Romantic Times gave it a wonderful review. Mine is on its way! Congrats, Maggie, on another winning series.

Kristin A---Thanks so much. I hope you enjoy DEADLY POLITICS & Molly Malone. Please let me know how you like it.

ladyvyvian---I hope you do give Molly Malone a try. Let me know if you do.

Romantic Times? That's great! Thanks so much, Deb, for your support. It means a lot. :)

Congratulations on your book release.

Oooooh.... I can't wait to get my hands on it! Congratulations on the start of a new series!!

Congrats on the new release! I have it on pre-order, and hope it arrives soon, though that usually takes a week or 3.

Maggie...I keep Deadly Politics on my kitchen island. I'm 2/3 of the way through it and promise myself that after doing some "chores", I am allowed to sit down and read some more. Of course, the closer I get to the end the less apt I am to do ANYTHING else. It's already kept me up way too late at night. It is fast-paced, has witty-intelligent dialogue and a whole lot of mystery thrown in. Time to go....I have to read!
Adrienne in MN :-)

Purchased the book; now getting ready to start reading. I know I will love it as much as I love the Kelly Flynn series.