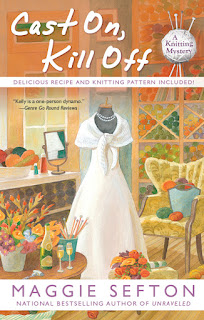 Our Monsoon season has arrived and brought days of steady drenching rain! Yay! That might not sound exciting to most of you, but to those of us here in Colorado where we've had the worst drought in anyone's memory AND the worst wildfire season EVER. . .well, we're all pretty excited about all those much-needed raindrops falling and pouring down on us these last few days. The steady rain has helped extinguish the last of the Waldo Canyon fire near Colorado Springs. The High Park wildfire northwest of Fort Collins where I live has been cold and completely contained for over a week now. But there were several smaller fires around the state that still needed help, and this string of thunderstorms and lower temps---mid 70s---was just what the entire state needed.

Our Monsoon season is an annual weather event and usually occurs between mid July and the end of August. It's caused by shifting wind patterns in the Pacific Ocean which then cause heavy moisture-laden clouds to sweep up from the Gulf of Mexico and bring rain, lots of rain to the American Southwest. New Mexico, Arizona, Colorado, Utah, Wyoming are all affected by the counterclockwise monsoonal flow and generous rainfail.

I'll be leaving mid-week just when the Monsoon will probably leave the area. I'm attending and participating in ThrillerFest, a large conference held in New York City Friday, July 13th & 14th, at the New York Grand Hyatt hotel in Manhattan. There will be panels and signings and all sorts of gatherings. So if you want to see scores of your favorite mystery and suspense authors walking around, drop by and say hello. I LOVE meeting readers!

What's the weather like where you live? Still suffocating in the heat? Did the rains come where you are?
Posted by Maggie Sefton at 1:34 AM

Hi Maggie! I used to live in the Ft Collins area. It has been very upsetting with the horrible fires there and now in Springs. I live in Pueblo now. Even semi-arid Pueblo is enjoying a lovely rain shower!! Delicious!!

Hope you have a great trip to NYC!!

Here in Cincinnati it has been HOT. We had several days over 100°, but we are getting a break with temps in the upper 80s now. Still no rain. Could you send some our way? Glad your fires are going out.

Here in Holland there is still no sign of a real summer. Still way too much rain (and the school holidays have started) and too cold for the time of year. Lets hope for a great autumn (when I have my vacation ;-) )

I'm glad the monsoon has helped contain the wildfires in Colorado, but am envious of your rain. Southern Wisconsin has not seen any rain in about a month (while the very northern tier is seeing too much), and is seeing unusually high temperatures. We had five consecutive days at or above 100 last week. Our norm this time of year is low to mid-80s, which is where we are today--but another warm front is moving in.

We are currently about 5-1/2 inches below normal rainfall, and the governor declared a state of emergency yesterday for 42 counties experiencing drought or extremely dry conditions. Farmers are on the verge of losing 90% of crops, which means higher prices across the country at the grocery store.

Needless to say, the dry conditions have resulted in burn bans for at least half of the state--but that does not prevent people from being stupid. There were 20 grass/brush fires last week, ten in just one day. Luckily, they have been easily contained so far.

I'm in Kansas. At least the heat has abated. Some of my cousins & friends in the state have gotten rain (yay!) We're still waiting for some here - it's gone around us several times.

It's hot here in NY. We haven't had any significant rain in almost a month. Bring warm weather clothes and dress in layers because they will freeze you out in the hotels with the a/c!

CBrand---You folks are celebrating too. :)

Terry H--- Wow, the Midwest is really suffering too.

Aurian---It looks like the seasons are getting Completely out of balance.

Heather---I hear you. A lot of our farmers crops were lost too. It was bad a d unusual for us to be having those temps for so long considering our altitude---5000+. But you folks are north of us. That is WAY out of line to be that hot.

Jody---The Midwestnis in a terrible condition. Food prices will go way higher this fall. Hang in there.

Ev---That is so weird. You Folks have had hot temps up till now. I do dress in layers, but these are lightweight. I'd better pack a medium jacket for the hotel. :)

It's supposed to rain this weekend, but I'm not holding my breath. Esp in the city. Of course this weekend is the Annual Pig Out here at home, so it probably will rain.

Not that that would stop me from eating BBQ from around the country and Canada. Or beer either.