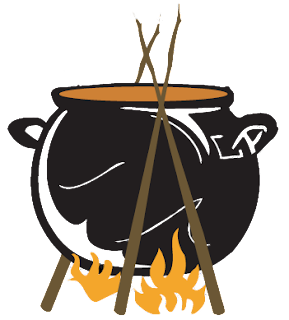 I've been thinking a lot about why we eat three meals every day, and how that might be the main reason so many of us can't lose weight. I mean really, look at breakfast - eggs, bacon, toast, hash browns, oj,  lunch - 2 slices of bread, with chunks of meat and several slabs of cheese, maybe with a side of soup,
dinner - meat, a starch, another starch, on and on.

We make such a big deal out of these three events. What if we just sat down for one meal in the evening? I'm not saying stop eating the rest of the time. Just don't sit down at a table and attach so much importance to it. And eat only one thing at a time. I've thought this through, and I'm going to try it. But first, I have to eliminate all temptation from reach by either tossing it, gifting it, or donating it.

Then to the store, shopping list to include eggs, almonds, yogurt, veggies, berries, whatever I've planned for dinners, and the makings for soup. Cuz I think soup is an important ingredient to success. I'm going to make a big pot and eat soup at least once every day.

Here's my unscientific soup creation that can be tailored to suit your own tastes
_______________________________
In a large pot, heat 2-3 T of olive oil
Add:
2 large chopped onions (I like white onions)
2 cups of something else or a mix, chopped, like carrots, mushrooms, peppers, celery or broccoli
Saute until soft, about 10 minutes
Add:
14 cups of low-sodium chicken broth (or veg broth or seafood broth)
2 14-15 oz cans of tomatoes (think I'll use the fire roasted ones)
1 - 2 cups any type of beans - cannellini for me this time
1/2 head of cabbage, chopped up
garlic - love the stuff, maybe 3 T.
other herbs - haven't decided yet but since I have fresh growing in pots maybe basil or oregano

This will make a humungus pot, and as you can see, I'm only limited by my imagination. Every week can be a new soup adventure.

The plan:
no eating by the clock, at least until dinner.
When I get up in the morning, I'm not hungry right away, so I'm not eating.
Once I really am hungry, I'll eat a hard boiled egg or yogurt or 10 almonds.
When I'm hungry again, I'll eat something else around 100 calories.
When I need something more substantial, I'll break into the soup.
That will hold me for a while.
Still haven't sat down for a 'meal', eating while I work or paging through a magazine or checking facebook.
Later, I'll have celery or berries or....will decide at the time, with a cup of tea.
Then the evening meal. Whatever I usually eat. With a glass of wine.

Will it work? Will I lose that ten pounds around my middle that hasn't come off no matter how hard I've tried?
What are your thoughts? It's a healthy plan, right?

Your normal breakfast sounds really heavy and fat. I guess if you use some breakfast grains with milk, that would help a lot already.

Don't forget some fruit in your diet. And wine does have a lot of calories I believe. Safe that for the weekend :)

But good luck with your plans, I hope it works.

I've always heard in the morning to eat like a king at lunch eat like a prince and supper eat like a pauper. Don't know if that would work or not.

I've also heard about eating more in the morning--because you burn it off moving around during the day. Never tried it though--I'm not a breakfast person.

Good luck! I'm curious to see how it turns out.

I believe this is one of the most vital info for me. And i’m glad studying your article. However should remark on few basic issues, The site style is wonderful, the articles is actually great : D. Good process, cheers

I'm liking this plan, Deb. I may figure out how to make it work for me, too!

I think a plan that works for you is the best plan. For me it is eating low-glycemic food i.e. sweet potato instead of white, quinoa and brown rice instead of white rice and portion control.
Good luck!

I don't actually eat eggs & bacon every morning, but I want to:) And it doesn't matter how much I have, I'm always hungry at 10:30. I like this option because I don't have to count calories or points.