Do You Have DAWS?

Downton Abbey has captured the imagination of the nation. Written by Oscar-winning writer Julian Fellowes the show has become the benchmark for quality drama, and a commentary on all things British. Downton Abbey portrays a world of elegance and decadence, a world of duty and obedience and a world of romance and rivalry: this companion book, full of rich historical detail, takes fans deeper into that period than ever before. ---description from PBS website

Okay, I admit it. I have DAWS. "Downton Abbey Withdrawl Syndrone." Yes, I am a devout fan of the absolutely marvelous PBS Masterpiece Classic new series. Well, it was new last spring when we were all first introduced to this fascinating cast of characters set in Edwardian England right before the start of World War I. The first four episodes (hour and half each) captivated us with the events in the lives of both the noble family who resided at the beautiful manor home, Lord and Lady Grantham and their three daughters, and their many servants who attended them and made Downton Abbey a "home." 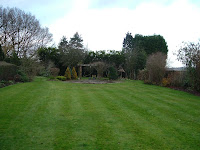 I still remember an earlier British Masterpiece Classic, "Upstairs, Downstairs" and as wonderful as that was, I can honestly say this series is even better! The depth of characterization and the intricate plot details are riveting. So much so, that when the first four episodes finished, devoted viewers reacted with horror: How could PBS leave the story when SO much was going on? Believe me, it was hard to wait, but we did and Season II was well worth the wait. It started in early January and finished last week. And all those unbelievable, fascinating, and addictive plot lines woven throughout the series have gotten even MORE complex! How will we ever wait until next summer or fall when Season III starts.

Season II started off with a bang--literally. World War I had started, and we find some of our favorite characters are in danger either on the battlefield or back at home. Downton Abbey has heroes, heroines, and villains. . .even quasi-villains. And plenty of "natural" humor springing out of the characters themselves---always the best way to introduce humor.

Downton Abbey is a sure winner. So much so, I wouldn't be surprised if this past Sunday's evening repeat of last week's final Season II episode actually drew a larger TV audie

nce than the "same old, same old" Oscar broadcast. I read what was scheduled to be televised, movies highlighted. Big yawn. Sorry, Oscar. :( But a LOT of us voted for "Downton Abbey."

Oh, and the delightful British actress Maggie Smith is beyond wonderful playing the Dowager Countess of Grantham, the Earl's mother. She's hilarious. No one can deliver a line like Maggie Smith. She injects her dry sense of humor at the best moments. And you are laughing out loud. Truly. :)

These photos are of other manor houses in England. I tried copying a photo from the PBS site, but it didn't work. But the brief blurb is theirs You can also go to their website and find out all you want about the series---and watch episodes. Enjoy!
Posted by Maggie Sefton at 12:04 AM

Maggie, after hearing all the hype, I bot the first season, and am hooked after the very first episode!

I was just thinking this morning.....what EVER will I do without my Downton for the next 10 months!!!!

I have not yet watched this series, I think I will wait till the end, and then make it a marathon for a few weekends or so.
I dislike this new comment form, I cannot subscribe to the next comments anymore!

I definitely have DAWS. I may need to watch it all again. Oh, those wonderful Maggie Smith moments!

I also have DAWS - I miss Mr. Bates! Brideshead Revisited was my favourite of all time, but DA has come really close.

Adrian---I don't like it either. Why did they change?

The Cat Bastet---A friend has already ordered both seasons online at some sale site. I need to ask her where.

Diane---doesn't Bates just grab your heart? And to see him sitting there in prison looking disheveled and Devastated---just breaks your heart.

I had been hearing about Downtown Abbey but hadn't watched it. I joined Amazon Prime and the first thing I did was watch the entire first season for free. I was hooked within the first few minutes! I was lucky enough that my local library had the British uncut version of season two so I then moved into that. By the time I found it on PBS I had already seem all the episodes. No worries, I watched them again! Now I know what I am asking Santa for this year, DVD copies of all seasons.

I have terrible DAWS so I haunt the PBS site and watch cast interviews as well as read the related books (the one by Julian Fellows niece was quite good and the photography was beautiful - those gowns are to die for!)

I am so glad I am not the only one obsessed with this series.