Looking Forward, Not Back 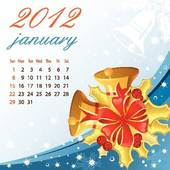 I just saw this quote a couple of days ago. It's a quote from Stephen Covey for the New Year:

"I can change. I can live out of my imagination instead of my memory. I can tie myself to my limitless potential instead of my limiting past."

I agree with Stephen Covey. Years ago, my dream was to create an entirely new life out of my imagination. My dream was to become a successful published novelist, supporting myself financially with my writing. I have accomplished that.

Was it easy? Heck, no. It was hard. Darn hard. A lot of hard work, late nights, lack of sleep, and doing without. Doing without a lot of things---new clothes, semi-luxuries, travel, even food, sometimes. Just a few years ago, when my frugal budget monthly allocation ran out before month's end, I lived on peanut butter, bread, and milk. Boring, yes, but nutritious. Dogs never did without. I always had enough food for them. :)

But through it all I never lost my dream. I KNEW inside I could do it, even before I sold my Kelly Flynn mystery series. So, I kept working.

I believe we CAN achieve our dreams and re-create our lives. I've met lots of people who've done it. It's not easy, but, boy. . .is it worth it. It also involves risk. More about that in another post. But one of the points Covey makes in that quote is we also have to be willing to surrender our limiting past. I've learned that some people can't do that. They've used their past experiences to define themselves for so long, they don't know how to give that up. Who would they be? Well. . . I think that's Covey's point. We're all free to create new lives for ourselves out of our "limitless potential." But that requires looking forward.

I realize this post is a little different than most that I've written for Cozy Chicks. Blame it on the New Year. Or, January. I'll be posting more about January next week. But, I would be curious to know how many of you agree that we are free to re-create ourselves if we choose. If not, what's stopping us?
Posted by Maggie Sefton at 12:02 AM

I have always been held back by bad memories from my past and my goal in 2011 was to put the past where it belongs, thinking of now and the future as well as happy memories. I've been relatively successful at that but need to focus more on goals for the future in 2012.

I totally think that we can recreate our lives. In fact, I love hearing stories about people who have recreated their life. I think it is fascinating and uplifiting.

I just finished the entire Kelly series in order, of course, and enjoyed them very much! So, I am thrilled that you took a risk and followed your dream.

This is the year for everyone's dream to come true!!!

I think it takes a leap of faith and a lot of courage. I'm not sure I am cut out for that. Good on ya that you are!

Love, love, love this whole idea! Thanks for the inspiration

I've read all the Kelly books, and waiting for the next one. I am trying to take that leap. I'm about half way through a book. I am learning much along the way. What I will do with it when I get through writing it - I don't know.

Barbara...You are to be commended for your decision plus your accomplishments in 2011. Good for you! You really moved forward. And good luck & energy for 2012.

Lizzie...That's the wise approach....accept the bad with the good. It can be tough to do sometimes.

Linda...I agree with you. It's inspiring.

Anonymous---thank you so much for those kind words. I'm glad you enjoyed Kelly's adventures.

Vickie...Well, you're right about that. It does take a leap of faith. And that can be scary. But if you believe in yourself, your abilities, then you are the one you're betting on. I'll take that bet. :)

A good definition of fear: FEAR----False Evidence Appearing as Reality.

Anonymous---Glad you liked the post. We all Need inspiration.

By George---You've taken the first step & that's the hardest. You've taken action. Don't think about anything except continuing your characters story. Keep writing eve if it's on,ly a paragraph a day. And thre are wonderful writing groups which have online critique groups you can join to keep learning. Congratulations! Keep going forward.

As a fan, I am happy you took that leap of faith, and wrote the books I enjoy so much. I am content with my life as it is, and don't have really big dreams. Only those involving winning a lot of money and start travelling the world.