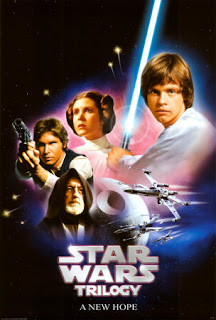 How many of you have searched high and low for just the right holiday gift? Whether it was a Cabbage Patch kid years and years ago or a Wii more recently, there are just some presents that are impossible to find.

I've had my own searches lately. One, a blue cotton blanket. This is mostly my own fault, if I’d realized how hard it would be to find locally, I would have ordered it online. BUT, I thought a blue cotton blanket could be found just about anywhere. Wrong. Oh, there are plenty of white cotton or beige cotton...but blue? Not so much. And the senior citizen my critique group adopted for Christmas wanted blue, so the hunt was on.

The next search came when my daughter casually mentioned that she’d like the first three Star Wars movies (technically #4, 5, 6) on DVD (we have them on VHS tapes). I didn’t think that would be so hard. WRONG. It was nearly impossible. I checked lots of stores before figuring out that these disks are the equivalent of being out of print. Online shops wanted $179 and up for “new” disks of these “collector’s items.” I want to know what I ever did to George Lucas to deserve this punishment. Well, I HAVE to get these disks for Baby Girl (she doesn’t ask for much), so I did what any sensible mom would do. I went to EBay. Where “new” disks were selling for upwards of $200. I want to know what I ever did to EBay to deserve this punishment.

The blue blanket I finally found at Kohl’s (thankfully!!!)—and just a mere 24 hours before it was due to be turned in. And the good karma kept coming when I stumbled on an EBay post a half-hour old. Three disks, never opened. And it had a “buy now” button. $89. SOLD. I don’t think I ever clicked so fast in my life.

Have you had an impossible search lately?
Posted by Heather Blake Webber at 4:52 AM

I know how you feel. I just can't find anything this year. Maybe it's just because nothing is "speaking" to me this year. I got mom a genuine set of Lock and Lock storage containers to use instead of the generic ones she uses. I got her boyfriend a set of 2 inkers that you use to ink out your personal information instead of shredding everything like he does. My nephew wanted an Air Hogs mini-copter in green. I couldn't find it online in green, at least not at a decent price. So I got another color. Now guess what came down in price at Amazon. Yep. I wasn't happy. I couldn't figure out the perfect thing to get my dad, so I got him cashews. WHOOPIE! My brother wanted Rocky 1-5 or Star Wars 6...Couldn't find the latter but found Rocky 1-5 on 2 different disks. I don't know what is wrong with me this year. Usually I find the perfect gift, but this year, it's like I don't really care.

Every Christmas I try to find the perfect gift for the husband and always manage it at the last minute. He's not a reader so I'm always scrambling to find something for his football or hockey team. Both of which aren't in our area so I'm always shopping online. I definitely sympathize with shopping online and eBay. Sometimes it's the only way to go.

FirstofMay, this has been a strange year for a lot of us, I think (I've been reminded of the song "Where are you Christmas?" a lot lately!). Maybe a photo album or something like that? Something with a personal touch? Or a painted ornament?

Bella, I've done a good chunk of shopping online this year. Not a fan of crowded stores. :) And, I'm an impulse buyer, so staying online helps me keep to my budget. Hope you found just the right thing for your husband!

Wahoo! Way to go on both of your finds! I can't think of a recent impossible search, but I do know well the hunt and then the giddiness of the find...especially if it's on-line and you almost hold your breath as you can't possibly "check-out" fast enough and there is the question of
"Was I fast enough? Did I really get it?"

Exactly, Kristin! And then when it arrives--and it's perfect? Even better!

I used to shop like crazy, first for children, then grandchildren. Then the kids declared their children were getting too many THINGS for Christmas, so down to one (or maybe two) each. Then my husband retired and he's into choosing grandkid gifts. (He's especially good at meaningful cards.) So I mostly concentrate on buying any books that are on their lists.

I have to agree that sharing the shopping isn't all bad.

Looking for the game Hedbanz this year. It's sold out everywhere! But it's only a $10 item--a far cry from a $90 three-pack of Star Wars movies. Good shopping, Heather. (Incidentally, today is Free Shipping Friday at a zillion online stores.)

Last year my daughter (senior in college) mentioned she wanted a Teacup Piggies toy for Christmas. They were the "hot" item and couldn't be found anywhere. I finally found one in Radio Shack. This year, while browsing through BJ's Warehouse Club what do I see but an entire display of these same Teacup piggies toys on clearance for $9!!!

I am always searching for just the right gift for people I love. But I am at a loss when it comes to my d-i-l. I want to get the right thing but I get no hints from my son and since I know she is very fussy about clothing, I know that would be a major fail. I did get a nice ornament on ebay because he collect them and it is just beautiful--more so than I thought possible. But I have given ornaments before and it just seems so "yesterday." I would like to make her happy but I don't think it's going to happen. Sigh.

Leann, a gift card to her hairdresser or better yet for a spa treatment is always a nice gift for a d-i-l. It's personal, but she gets to use it when she wants and it's a splurge type item.

I collect the statues of Nene Thomas, an American Artist whose work I love. And I need only one, Serenity (which is not even the prettiest of the lot). But well, I only miss that one in my collection, so I really want it. But not for almost 400 euro! And on ebay it is also impossible to find, or impossibly priced! But I have learned my lesson, and buy every new statue that comes out at once ;)