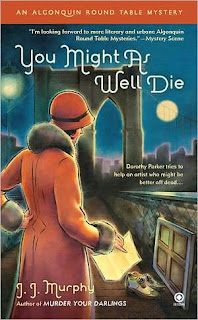 Have you ever heard of a MacGuffin? No, it’s not a new breakfast sandwich at McDonald’s.

If you’re a movie buff, you’ve probably heard this term. It was used by film director Alfred Hitchcock to explain a certain kind of plot device. Specifically, a MacGuffin is a valuable item that both the heroes and the villains are desperately trying to obtain. It’s often used in thrillers or mysteries, but it can appear in other types of films or books as well. 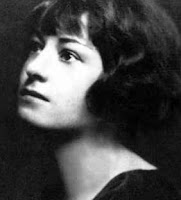 One classic example of a MacGuffin is the black bird statuette in The Maltese Falcon. Another is the Ark of Covenant in Raiders of the Lost Ark. Yet another is the sled, Rosebud, in Citizen Kane. A MacGuffin is a kind of holy grail—sometimes literally, as in Monty Python and the Holy Grail or Indiana Jones and the Last Crusade.

The MacGuffin is often an object that has no meaning other than simply being valuable. It’s sometimes just a thing that the story revolves around, something that moves the plot forward. For example, we never find out what’s actually on the secret microfilm in Hitchcock’s North by Northwest.

But this object, because it’s pursued by many people, becomes the depository of their hopes and desires. “The stuff that dreams are made of,” says Humphrey Bogart (as Sam Spade) in The Maltese Falcon.
Now I’d like to introduce you to my MacGuffin: Ernie MacGuffin, to be exact. 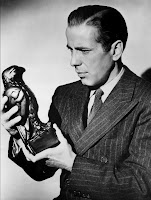 He’s not at all the kind of guy that dreams are made of. Almost the opposite. He’s a second-rate artist and a first-rate nuisance. And when he jumps to his certain death off the Brooklyn Bridge, he turns New York City upside down. Why? Because his apparent suicide triples the value of his art overnight, and everyone wants to profit from his sad demise.

Only wisecracking writer Dorothy Parker has a clue to what drove MacGuffin to his fate—because before he took the big plunge, MacGuffin had slipped her his suicide note. Now, with the help of the other members of the famed Algonquin Round Table—as well as master magician Harry Houdini—the clever Mrs. Parker is on deadline to determine what really happened to MacGuffin. And she must do it before the boom in the value of his artworks goes bust.

Dorothy Parker (and Ernie MacGuffin) appear in YOU MIGHT AS WELL DIE, the second Algonquin Round Table Mystery, just released on December 6. Please visit www.roundtablemysteries.com and www.facebook.com/RoundTableMysteries.
Posted by Heather Blake Webber at 4:05 AM

Love Monty Python's Holy Grail. Our family quotes from it all the time. Thanks for being on the Chicks today, J.J., and congrats on the new release!

I love the cover and the concept! Am off to get it.

Boy, you got my attention with a plot involving an artist. I am fascinated by the fickleness and greed of much of the art world and think it makes a great theme for a mystery novel. I look forward to reading You Might As Well Die!

Thank you for the new word in an interesting post.
Una Tiers

Heather, thanks for inviting me. "You have huuuuge...tracts of land."
Deb, hope you enjoy it!
Lori, thanks again!
Ellery, you're right on the money about the art world. Hope you enjoy it, too!