Did You Miss These TV Shows? 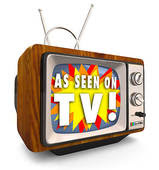 I know I mentioned these new TV shows earlier this Fall after I first discovered them, but I wanted to mention them once more. . .just in case you didn't see them. Hopefully, you had a chance to check them out earlier. They're all excellent programs with good actors and intriguing plotlines. Not often found in most TV series.

"Person of Interest" -- on Thursdays, CBS. The two lead actors are excellent and involved in an intriguing quest of "saving" people that a super computer warns have become targets for murder. It's a Redemption Story at its heart, because the "hero" is a refugee from high level paramilitary/espionage hit squads who's trying to make up for all the deaths he's caused by saving others now.

"Ringer" -- on Tuesdays, CW Network (same network that carries another fave program, NIKITA. Nikita returned for its 2nd season and has found more ways to up the ante for all the players. Excellent). In Ringer, two twin sisters are involved---the heroine is the "screw up" sister, always getting into trouble. She runs from a Very Bad Criminal---who's out to keep her from testifying against him---to her "good rich proper" sister in NYC to hide. Problem is, "good rich proper" sister turns out not to be all that good or proper, but she is rich. And the next day, Good/Proper disappears on a boat trip with "Screwup" Sis. Screwup assumes her sister's ID, and then. . . oh, boy. . .do things start to happen. . .for both of them. Needless to say, Good/Proper is still alive & doesn't know that ScrewupSis has asssumed her ID. Really keeps you guessing + acting is very good with lots of interesting characters.

"Revenge" -- on Wednesdays, ABC: This story takes the classic revenge tale and upends it plus gives it a very modern hi-tech twist. Plus the actors are excellent. Daughter of a betrayed/jailed/executed father returns after she's all grown up and rich on money Daddy left her in Swiss bank acct. Daughter assumes identity and starts taking vengeance on the people responsible for her father's fate. But---other cast characters add their own twist to the action, complicating Daughter's quest for revenge. Plus, falling in love with Nasty Witch Villain's son wasn't part of her plans. Neither was the return of someone from her recent past who could throw a wrench into her well-laid plans.


And, of course, my fave, FRINGE, returned for a 2nd season and has managed to complicate characters' lives and plotlines. Always fascinating with excellent, endearing actors.

If you haven't had a chance, folks, try to catch these programs in re-runs. You will be glad you did. Enjoy!
Posted by Maggie Sefton at 12:01 AM

of the 3 i watch Revenge. love that show. my favorite this year is probably Hart of Dixie
Lori cimino

I love Revenge. This one has me hooked.

I like "Person of Interest" but "Revenge" is my favourite new show.

I dvr Revenge every week. Is anyone else here old enough to remember Dallas? Revenge has the same kind of feeling i.e. Victoria is evil and makes no apologies.

Revenge kicks butt and leaves me on the edge of my seat sometimes.

The Chook Man is a big fan of
Person of Interest. I'm a fan of
Jim Caviezel

I watch "Person of Interest", "Ringer" and "Revenge". All of them are highly addictive!

I don't watch the shows listed. I'm too busy watching Bones, Criminal Minds, The Closer, and Castle. However, my favorite new shows are Once Upon a Time and Grimm.

I love Fringe, reminds me a little of The X Files. It's on its fourth season, I have the first 3 on DVD.

The only one I watch and enjoy is Persons of Interest. Have you seen Unforgettable?

Anonymous (Lori)---I haven't caught Hart of Dixie yet. I'll try after the holidays.

Busy Mom---I know what you mean. Wasn't last week's episode intriguing? I didn't know she studied Japanese martial arts. Man, she is lethal. But, he made a good point: her feelings for one of these people can ruin all her plans. We'll see.

Elaine---I'm glad you tried them. I definitely think Revenge will continue, and I'm hoping for Person of Interest. Those two male leads are fascinating. It's good to see Ben from LOST in a postive role. :)

Debra--OMG, yes! Dallas! You're right. Such deliciously evil characters. Maybe it's time for some of them again. I'm tired of some of these blah characters in some series. I click right past them.

Kelly Ann--I'm so glad you're watching. Let's hope the networks notice. Don't know who the Chook Man is but bless his heart for watching the show. Ben Caviezel is fantastic, isn't he? Intense, yet shows the depth of his feelings too. Love this plot line with him protecting the police lieutenant who is looking for him. Facebook it, if you remember.

I haven't checked out Once Upon a Time & Grimm yet. Will have to do that after holidays.

Susan---I haven't checked out Once..Time or Grimm yet. I'll have to do that after holidays.

Anonymous---OMG, I'd forgotten it was on that long. NOw I'm wondering what I missed before I discovered it. Yikes! Gotta check it out on dvd sites.

Dru---I haven't seen Unforgettable. Do you remember what night or network it's on?

Unforgettable is on Tuesday on CBS. Love the show. Also enjoy Person of Interest. I liked Prime Suspect but it has already been cancelled. NBC and ABC are very quick to pull the plug on shows, not giving them a chance to find their viewers.