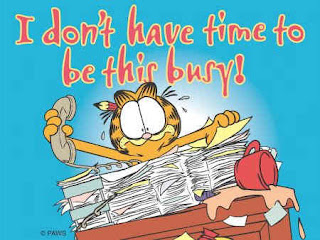 I got my start writing short stories in the early 1990s, even had a few published in literary magazines. They paid me in copies. Already then the market for short fiction was drying up. After that, I made the leap to long fiction and never looked back. I moved to where the traditional publishers reside and signed contracts promising to deliver 80,000 word novels. So I did. And still do under my pen name Hannah Reed.

But I've started to notice that with our busy lives, with long commutes and a laundry list of obligations to employers and family, finding a block of time to read is getting harder and harder. I'm a little embarrassed to admit this...but sometimes I don't buy a book because it's just too darn long. (On the other hand, I read Atlas Shrugged this summer, so I have it in me.)

Enter eBooks and the ability for authors to self-publish their own work. We dug out all those wonderful short stories we'd written before we discovered there wasn't a market for them, and we gave them new life as under-a-buck downloads. Some of the recent bestselling authors out there right now are writing shorter, too (like John Locke's amazing Donovan Creed mysteries at around 40,000 words each).

Old habits die hard with this author. So when I (as me-Deb Baker) began writing book 4 in the Gertie Johnson series as an independent eBook author, I still set my sights on a particular length. Halfway through, it dawned on me. I was in charge. No contract. No obligation to write a specific length. In 'The End', Murder Bites the Bullet came in at around 30,000 words.

In some ways, I had to relearn how to write shorter, had to throw out the concept of secondary plots, work with fewer characters. And you know what? The story is tight and direct with a fast, racy pace. Its selling very well at $2.99. Not one reader has complained about the shorter length.

Short fiction includes flash fiction, short stories, novelettes, and novellas, each defined within the parameters of a certain length. Book 4 would be considered a novella. In the future though, I won't pigeonhole my work. The story will be done when the story is done. And since I've always written short rather than long and have found it challenging to stretch out a story, I can assure you I won't be writing tomes.

It goes without saying - the price has to be right. That's why so many really fabulous, shorter stories are selling online as downloads in the $.99 - $2.99 range.

What I really want to do next is write a few stories you can read in sixty minutes. One hour of your time, that's all. Murder Trims the Tree, a short Christmas story, will be out by November 1st with one setting (assisted living facility where Gertie is hoping to leave Grandma behind), one incident (murder, of course), a narrow timeline (less than 24 hours), and maybe even a moral (remember those).

Recently I read that the average reader can do about 250 words per minute. That means Murder Trims the Tree should come in under 15,000 words to meet my promise of a sixty minute story. A piece of cake! Or should I say, a piece of fruitcake?
Posted by Deb Baker at 12:15 AM

I have downloaded the samples of Gertie's series to my kindle and put them at the top of my TBR list. Looking forward to reading them soon. The newest one coming out sounds really good.

Love your blog! And I have followed a similar path with my short stories. Published in small zines in the early nineties, actually got paid about 9 bucks per story, then watched them languish in my filing cabinet. So I just put six in a collection (SF/horror) for Halloween and epubbed them. So happy they have a new life now. Three were pubbed in the 90s, and three have never been published before. :-)

I love the ebook pricing! That is one reason I love my Nook! When I went to buy Murder Bites the Bullet I couldn't believe that is was only $2.99! That is so helpful to those of us who are pinching every penny but still love to read. I too am finding it difficult to find time to read. But I still love it when I do have time to dedicate a Saturday to a book. I am saving Murder Bites The Bullet for just such a Saturday :)

I also love writing shorter books. There are plenty of people that like to read shorter books. As a writer, I could make time to read more if the stories were shorter. I always have ended my books about 60,000 and I though that was short. Thanks for the tips.

Good for you Deb! But really, 250 words a minute? Not that I have ever counted, but it sounds like a lot. And you also have a lot of readers for whom English is not their first language.

Aurian, I haven't tested it. Why, I don't know since it's only one minute.

Madison & Paula, I'm with you!

Deb, I love the idea of e-books because I'm running out of storage space at home for my 'hardcopy" books . I bought the Nook so I could read Gertie's latest adventure so I am looking forward to her next one!!!

Shirley, I miss you!

Deb, I love your novella ideas + other shorter fiction! I have no idea if I can write short or not. Tried a short story once and it wound up 20,000 words. :)

I read ATLAS SHRUGGED summer of 2010. Boy, does it make you think. Talk about a prescient author.

I read Murder Bites the bullet and you are right, the story is tight and enjoyable. No complaints from this quarter. If you were to write a longer Gertie book with a sub-plot, more characters and have to charge a higher price I would buy that, too. I plain and simple love the Gertie books and the Yooper stories. We vacationed up there and so I can easily place myself in that locale.