And the house came crashing down

A little less than a year ago, a house not too far from us blew up.

What makes it even scarier, is that I knew one of the owners.  Years ago, my mother had been a volunteer at our local library and met Pat.  I got to know her after I was a published author because she invited me to several events at the library.

Pat was folding sheets from the dryer when . . . KABOOM!  She was badly burned, but she made it out and so did her husband and their dogs.  The house was leveled.  I'm not kidding. We drove by two days later and the only thing identifiable was half of a toilet.  The rest was rubble (and only about a foot high, too.)  The siding on the neighbors houses melted.  The flames had gone up about 30 feet in the air.  What was once the prettiest house on the street was gone.

So what's this got to do with me? 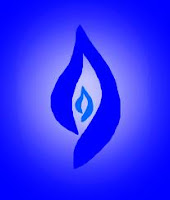 This week we had a natural-gas generator installed.  It's something we'd been thinking about for years and even before Hurricane Irene hit, we set the plan in motion.  It's a beauty and now that it's there we hope we never have to use it.

What an ordeal!  First three guys came on Tuesday to dig a trench to bury the pipe.  Tuesday the guys arrived to put in the generator.  That took ALL of Wednesday and half of Thursday.  Generator guys thought they smelled gas on Wednesday.  It was Thursday morning when they found the leak.  It wasn't on our end, it was on the gas company's end -- before the gas entered the house.  But, being thorough, they just went ahead and fixed it.

Whew. Catastrophe averted.  How long had that gas pipe been leaking?  Could a stray spark have ignited it and KABOOM! our house would be gone? Maybe because the leak was outside it never would have ignited.  But I'm sure glad it was found and fixed.

Anything like that ever happen to you?
Posted by Unknown at 7:28 AM

I spent the majority of 2 years sick when I was a young teen. Very sick. I was hospitalized 6 times over two years because my throat kept swelling closed. I missed more than half of each school year. They couldn't take my tonsils out, which they swore would cure the problem.

Finally, they decided they were going to give me a massive dose of antibiotics and take tonsils out regardless. two days before the survey I became massively ill again and my mother refused to do the surgery. She took me to another ENT, laid it all out and told him she was going to keep going to ENTs until someone gave her an explanation that made sense and I was well for at least 3 weeks before the surgery.

He agreed and did a manual exam (literally his hand in my mouth feeling around).

He turned to my mother and told her she had saved my life by refusing the surgery. I had a peritonsilar abscess the size of a grapefruit behind my right tonsil and if they had cut into it taking out my tonsils it likely would have killed me within minutes.

They treated the abscess (it's gross, I'll spare the details) and 3 weeks alter took my tonsils out and I was better and not dead. :)

Whoa! That was scary. Glad you recovered!

Did your neighbor rebuild?

Whoa, Aimee, what a horrible story! Sometimes people should listen to mothers, I think. Sort of makes other health problems seem slight in comparison.

I've been watching the news about NE PA and the Southern Tier of upper NY state. We have the worst floods in recorded history, and I just cannot imagine losing everything like many people are right now. Thankfully we live on top of a mountain so the only way we were affected was not getting mail or newspapers for a couple days, and that we couldn't go anywhere due to flooded roads.

Dru, the lot was sold (Pat and her husband said they couldn't go back there to live) and a brand new house is taking shape. It's very sad, though because they lost everything but a ring -- that was the only thing that was found in the rubble that was any good. Of course she mourned the loss of their pictures the most.

Wow....glad things worked out okay for you and it all got fixed before...Kaboom! Nothing like that has happened to me personally, but a house in town did blow up due to a gas leak. The house was for sale, and the owner had done a bunch of work on it prior to putting it up for sale. Then the gas leak happened and the house blew up. But, the brand new windows that the owner had installed remained intact. The roof of the house was gone, a few walls were gone, but the windows f(at least all those at the front of the house) remained intact and undamaged. I thought that would be a good advertisement for that window company, showing how sturdy their windows really are!

What a horrific experience for your neighbors. We've had a gas smell in our area for years. The gas company comes out and digs and repairs, digs and repairs, then the smell comes back. It's kind of scary. I think they may have got it fixed this time. I'm glad you had the leak taken care of at your house.

I nominated you for an award. Check out my blog for details.

So glad your friends were okay--we had two natural gas house explosions in our area this past year, one of which was fatal.

They've been doing some major "landscaping" behind my apartment building two weeks now, and I confess that it does make me nervous. One can only hope they called Diggers Hotline before they started!