I have always been a geek.

There, I said it. 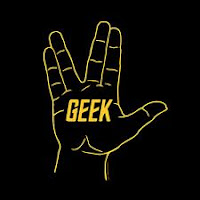 I was never popular.  The one time I thought I had a shot at it, I was sitting there waiting to get asked to a school dance and the guy said, "Hey, Lori (I was known as Lori back then), do you want to go to the dance with me?"  I was about to protest (once) and say, "Aw, I don't think so," when my best friend at the time (also known as Lori) chripped up, "Yes!"

That's when I truly knew that I would never be popular.  I did go to the dance, and I danced with the above-mentioned guy's best friend.  (Mr. Liar.  He told me his father knew Gene Roddenberry because he had once lived in California ... but I never did ascertain if he ever even lived in LA.) 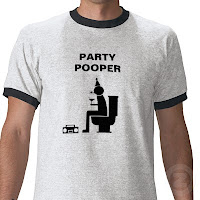 Here I am at ... mumble-mumble age ... and I've yet to have a birthday party.  Okay, the birthday I have listed on Facebook is NOT my real natal day -- for any of my personae (if only to stave off identity theft).  I had an almost party when I was 12 ... but it wasn't quite real because the people I babysat for put it on out of pity and the only attendees were three women and the kids I babysat.  Not a friend in sight.

I have many wonderful acquaintances and several people online that I feel very close to, but nobody to come over on a Saturday night to chew the fat, have a couple of drinks, and share a pizza with.

Last week our summer neighbors had a small party.  Two other couples joined them on their porch.  They drank, had appetizer's, and then they jumped in their boat and headed off to the big marina and the fanciest restaurant within miles to have dinner.  It was probably a business dinner.  My neighbor is a well-known co-owner of a fairly large insurance agency and he often entertains clients.  They have a lot of fun next door.  They have parties, and bonfires, and toddies, and many good times that last far into the night.

I have never fit in at parties. In fact, Mr. L and I used to have an annual Christmas party but we gave it up when more than half the people we invited decided we weren't fun enough to come.  (Most of them family.)

We read.  That's the kind of people we are.  We aren't boisterous.  We don't hoot and holler. We're boring. 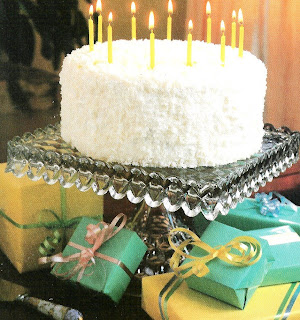 But just once, I'd like to have a birthday party with a big cake and tons of friends and family to sing happy birthday.

Instead, I'll spend my birthday with Mr. L and we will lift a glass and then we will read.

If nothing else, books have always saved me.

I don't mean this to be a pity party. You are what you are and if you don't fit in, you get used to a quiet life and you manage.  I have learned to manage.

Are you a wallflower, too?  (And is it any wonder my next book is called The Walled Flower?)
Posted by Unknown at 12:18 AM

I understand completely and have experienced "party envy". When I go to parties, I feel out of step, when I don't I feel like I must be missing something...

I settle in with a book, the hubby and/or the kids. Maybe I AM missing something - a hangover... :)

I can't say that I have ever been a wallflower. I was very popular in school with all crowds, I didn't think I was all that pretty because as a child I was overweight but I had a great personality and I always put myself out of my comfort zone to make myself comfortable, this is the only way to do it, you won't have to go through the same situation again, you will only be uncomfortable for a bit.
If a party is what you want don't depend on anyone else to do it just do it. It is never to late and as I have witnessed since the beginning of 2011 we have had many close relatives and friends to pass away and let me tell you it has been crazy. All I can say is life is to short to just manage things. Live life is the only way to do it. You only have one shot at this, take it and have fun with it.

Throw your own party, you deserve it, have fun.

I was THE wallflower in school. Had some stories pretty similar to yours. Every now and then I will get a pang of "something" when my coworkers all get together and I'm not invited, but mainly my husband and I make our own fun. We happen to prefer each other's company to anyone elses, anyway. But it's funny, I don't often feel like I'm missing anything...
Anyway, I agree - make your own party and have a blast with it!

I'm not really a party person either. Just a few good friends and a nice dinner is enough. And family should only be undured in small portions.
I love reading, my boyfriend watches tv or plays computer games, and we are happy together.

Have you been living my life for the past mumble mumble years???? We could be twins. I hardly ever go out except to the grocery store or to shop for my girls. I do attend their school functions, but not my favorite thing to do and I take my kindle to read until it starts. Parties and I never did mix. When I'm home I read mostly (since Christmas when I got my kindle, I've read 30 books...a lot of them yours) or am on my computer. I have 2 dogs and my daughter tells me I teach them tricks because I'm lonely. I tell her I teach them tricks because they want to learn them. The latest trick is for Phoebe to chase her tail on command. She does it so well :) Can't wait for Walled Flower to come out. Sounds wonderful!!!!

I've been a loner all my life. Early on it was because of social phobia, now Paxil has lessened the effects of that so I can socialize but I just don't want to. Like you know who, I just vant to be alone. :)

BTW, re your post about baking bread - look at the blog "Beth Fish Reads" today. She's recommending a great book for beginners.

I had two parties in my whole life. Both were total disasters! I guess I'm just not good with people when we're face to face. I was always very shy and definitely a wall flower. I never had much in common with people my age so I always found it hard to talk to people. I still keep to myself mostly.

I am and I'm not. It all depends on the crowd. If it's long time friends, I can unwind and have fun. Strangers and such it's another story. We go camping and watch others RV'ers going back and forth between sites, having fun, eating, drinking, watching the game. We sit and read. Or walk. And we are comfortable that way. Most celebrations are just the close family. Sometimes I feel lonely, other times, I really don't care.

I don't throw parties, but I usually will go to a friend's party. Most of the time I don't want to go, but usually have a good time once I get there. I go by myself because that way I can leave when I want. I read and do a lot of different crafty things. I try to have craft camps, have people come over to make crafts, but not often. Most of my crafting habits are sedentary and solo.

I've never really liked parties maybe because I'm not a drinker and most of the time when I am at a party I'm worried about driving home with all the idiots at the party who've had two or three or more drinks and think they're ok to drive home. I'm also pretty shy and become part of the wallpaper in big crowds. Mainly, I celebrate my birthday and the big milestones (having my first book published this last week) with family and one or two close friends.

Lorna/Lorraine, come to Texas. I'll throw you a party that's fun, and my friends would be delighted to meet you. I was always a bit shy, still am, especially about the dating thing, (which is part of why I've been single again for umpteen years) but everyone says I throw great parties. I've learned to be "on" in crowds, etc. It's helped my career, and now I enjoy it.

I love my quiet life. I was a big ol' geek all through school, didn't date until I was 21 and in the Air Force. I sort of made up for the quiet, non-prom going geek for the next 20 years or so with plenty of gettin' my ya-yas out...then I was pregnant with Lady K and I lost my ya-ya verve and I don't mind.
I love reading to excess, hammerin' out my walks, playing with Lady K and hangin' with DH.

I actually did not go to a very big party because I knew I would not fit in (I never do!) and the next day 2 people swore they saw me there. Go figure.

Happy birthday, Lorraine! May you have many, many more all in good health! Geeks are my favorite people. I wish I came in contact with more geeks in person. They seem to be scarce around here. Not only that, but they are a misunderstood breed. I say "they", but as you might guess, it is really "we". So, power to the geeks and bring on the coconut cake! I wish I could share it with you, sip coffee or champagne and chat about the next book. May you have the best birthday, ever!

Happy Birthday Lorna!
I was semi-popular in my late 20's (I'm 58) and asked some friends/co-workers to throw a "surprise" 30th Bday party for me. It was a lot of fun even though it was my idea.
When I became pregnant with my son, no one thought to give me a baby shower and I was sad about that for quite a while. He is 19 now so I guess I am over that ;>0
I have a great hubby, two good friends, a loving sister and a close family and that is fine now.