Coincidence or Not? You Decide

By Kate Collins
Before I tell you my most amazing story, I need to set the stage. Those of you who follow the Cozy Chicks’ blog may remember that my beloved husband/soulmate passed away last fall. Since that time, I’ve had quite a few remarkable incidents and coincidences happen in my life that seem a little too coincidental, if you know what I mean. (See my blog about the Tiffany box). Another one happened a few days ago.
At the urging of my family and friends, I decided to make changes to my bedroom, to make it less “ours” and more mine, as a way to move forward. My husband had brought two big armoires with him when we married, along with a gigantic oil painting that was not quite my style. My stepdaughter was the first to say that the painting and the armoires were just not me and had to go. I knew she was right.
I debated with myself for a few weeks, torn between wanting to keep the bedroom exactly as it had been during my marriage and wanting to make a new start so I wouldn’t have the constant reminder of the empty armoire. I prayed and meditated, I told my husband what I was thinking, I cried, I sat and stared, and I took photographs. Then I bargained with myself. If I found just the right dresser to replace them, that would be a sign.
A week later, I found it, on sale! I tossed and turned that night, trying to decide whether to buy it. In my darkest moments, it felt as though I were trying to erase my husband’s memories. And of course I wasn’t, but at 3 a.m., who’s logical?
Then movers came to take my daughter’s furniture to her new apartment. She had stored her things with me for a month. I knew it was time to fish or cut bait, so I asked the boss if he would mind moving the armoires to the garage. If I were to sell them, I didn’t want strangers in my house. He agreed, and the armoires were moved out of the bedroom that day. The dresser arrived 4 days later.
I put the armoires on Craig’s List with the disclaimer that the proceeds would go to my local women’s shelter. That first evening I got 4 replies. Two were obvious scams, so I deleted them. Two were inquiries, so I answered them. But I heard nothing back.
An email popped up the next day from a man who wanted dimensions. After I sent them, along with my “cash only” condition, he wrote back that his wife loved the armoires and he could drive 1 ½ hours from Chicago the next day with his brother-in-law to pick them up. I knew I’d have company at the house, so I wasn’t too worried about my safety . . . But did I really want to let go of my husband’s armoire? Was I 100% positive I wanted them out of my possession? No.
I called the man to see what he sounded like, and he said two things to me that swayed my opinion. First, he 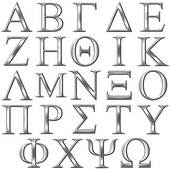 and his brother-in-law are cops. My dad was a cop. Second, he knew my personal email was a Greek word, and moreover, he knew what it meant because his grandparents came from Greece and taught him to speak the language. As my husband spoke it fluently, I liked that coincidence a lot.
But the best surprise came the next morning when he and his brother-in-law arrived. Not only was he Greek, but also Irish and German. Being Irish, and having kids and stepkids who are half German, (first marriages) I liked that a lot, too.
Here’s the clincher. I gave them each a bookmark to give to their wives. When the brother-in-law saw it, he laughed. “My last name is Collins,” he said, “and my wife’s name is Katherine, but everyone calls her Kate.”
I still get goosebumps thinking about it. My Greek’s armoires are going to a cop's family that is Greek, Irish and German, and has Kate Collins as a close relative. I don’t know how you feel, but I think it was meant to be. Those armoires could not be in a better home. I felt immensely better.
And by the way, they were the only serious buyers. The only ones.
Was that mere coincidence or maybe something more?
Posted by Kate Collins at 12:01 AM

Oh, Kate! Your blog gave me chills! Growing up with a grandmother who was born with a veil over her face, I have to say I believe in weird things. Your experience is one of them. This was NOT a coincidence, Kate. It was meant to be! Cherish this story, Kate! Pass it down to your kids and grandchildren! I've been doing my family history, and believe me, this is something they will want to know!

I agree with FirstofMay. It gave me chills, too. It was a wonderful read for a Monday morning. It would be great in a book.

Oh Kate that is sooo cool! Your story brought a smile to my face.

Definitely meant to be. A great story.

Definitely Something More! Just like the Tiffany store, this is an awesome story.

We all got chills, Kate. What a lovely story and a wonderful coincidence. We can accept coincidence in life, just not in fiction!

Indeed, no coincidence! I personally don't believe in them. This is all part of a master plan. A plan of hope and peace. What a blessing for you - knowing that these armoires have a wonderful new home and has a result you can move forward into your place of healing with no guilt and no shame. Blessings to you.

Kate - your story is amazing. It does sound as if the armoires were meant for that family. Thanks for sharing your story.

What a lovely story. Makes letting go of some things much easier, I know.

Kate, that is an amazing story. It's something you'd expect our friend E.J. to write about. LOL

Enjoy your new dresser too.

I'm a big believer in things happening for a reason and following my gut instincts. Too many things have happened to me and in my family to not believe. Must be the long Scottish ancestry.

Things definately happen for a reason. The reason this time was to give you peace about your decision and I hope it does.

What a great story.

This has definitely been an incredible experience that has given me tremendous comfort and a warm glow. After the armoires were gone, I went upstairs to "tell" my husband what had happened. (It helps for me to talk out loud to him.) After I'd finished, I caught a whiff of his scent. It truly felt like he was saying, "Good for you. I'm proud of you."

You already know who "sent" those buyers, Kate. Your beloved Greek. Blessings.

Thank you for sharing this story. It soothes my heart and makes me smile.

I've been open to signs from my sweet man. I've felt him beside me almost constantly, and it really helps deal with missing him.

You remain in my thoughts and prayers.