The One Surprise Rule

I was on my way to pick up my daughter from school a few days ago and got behind a slow-turner. You know what I’m talking about. Someone who began braking way too early—about a quarter of a block away—and then executed the turn in a hesitant, rolling yield fashion. Since I couldn’t pass, I had to wait it out, creeping along behind Slow-Turner while traffic backed up behind me. In my rear view mirror, I could see the expression of the business-suited man in the car behind me and he wasn’t any taking it any better than I was. 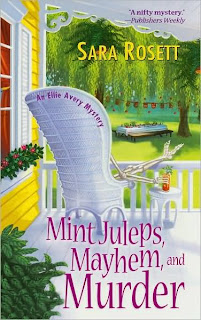 On the whole, I’d say I’m a fairly patient and understanding person, but there are certain things that do drive me absolutely batty. Slow Turners are high on my list of pet peeves. Another thing that I can’t stand is when someone eats all the cereal or energy bars and leaves the empty box in the pantry. How hard is it to toss the box in the recycling? That way I don’t have my heart set on a Strawberry Poptart only to be disappointed when I pick up the empty box. And then there’s the ultimate in rudeness, people who are always on the phone. I’ve heard women carrying on phone conversations in restroom stalls—that’s just too much information for me!

Since I’m a writer it’s probably not surprising that I have some strong opinions about books and writing. I hate it when a book’s cover has absolutely nothing to do with the story. I lose patience with authors who tease readers with possible resolutions (to love triangles or backstories), but never provide any satisfaction. I think that my all time book-related pet peeve is quirky characters who are too quirky. There’s nothing wrong with colorful characters. They enliven books and can be a great source of comic relief. They’re also a great foil for the main character, who is usually more tame than the quirky character. Quirky character may be just what an author needs to nudge her protagonist into the action. Or, perhaps Quirky character runs into danger and the protagonist has to follow to save Quirky and, thus, the protagonist is in a situation that he or she would never willingly enter—the protagonist has been dragged into it and the story revs up. But it seems that sometimes authors layer so many quirks and peculiarities onto one character that I think, no one could ever be that strange.

I was very aware of this fine line when I created the characters for MINT JULEPS, MAYHEM, AND MURDER. Ellie, a military spouse and professional organizer, is hosting the annual family reunion for her in-law’s family, the Averys, a quirky southern family. (In publishing, southern equals quirky. I know there are tons of normal, run-of-the-mill families who live in the south that don’t have peculiarities, but this is fiction and readers what a few quintessentially quirky characters if the book has a southern setting.) 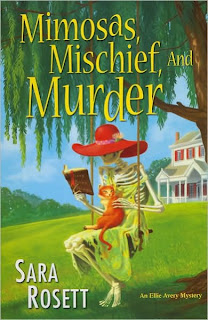 So…how to create a family that had a few interesting, eccentric members, but didn’t cross over the line into unbelievably? I started with a cast of characters—normal people who have hopes and desires as well as joy and pain in their lives and then added what one speaker at my first writer’s conference called The Surprise. A character always needs a surprise. Not fifteen surprises. One is usually enough. The speaker said that people in real life are always surprising us and I realized how true her words were. As I get to know people, I always find out something that intrigues me or that I wouldn’t have guessed.

I applied the One Surprise Rule to the Avery clan. I started with the patriarch, Grandpa Franklin, a man with white hair, a stooped gait, and a sharp gaze. He loves to read westerns, histories, and biographies. The surprise: he likes to tell tall tales. He can spin a yarn—even about a trip to the store—and draw in his listeners, convincing them that every word is absolute truth. Next up, was his daughter Christine. A never-married, retired kindergarten teacher, she is sweet and nurturing. She is the one in the family who keeps an eye on Grandpa Franklin, running him to his doctor appointments and the store. She checks on him everyday. The surprise: she’s dating the local pharmacist, who has introduced her to treasure hunting. She and her beau have state-of-the-art metal detectors and spend weekends looking for civil war bullets and coins. Christine’s sister, Nanette, is a starchy, no-nonsense kind of woman who worked for years as the office manager of Gardner’s concrete, never tolerating slacking off, swearing, or anything else she deemed unseemly. The surprise: she’s an Anglophile. She has a great interest all things English from Medieval history to the current royal family. She drives a Mini Cooper emblazoned with the British flag. Probably my favorite character turned out to be Bud, the tough, older brother of the family. He’s a wealthy real estate broker who has always lived in a double wide. He has a phoenix tattoo on his forearm and wears flannel shirts, jeans, and baseball caps, regardless of the weather. The surprise: he’s an anonymous philanthropist, supporting kid sports teams in his town.

I introduced these characters in MINT JULEPS, MAYHEM, AND MURDER, then was able to explore them in more depth in the next book, MIMOSAS, MISCHIEF, AND MURDER, when Ellie goes to visit her in-laws in Alabama. I like the way the One Surprise Rule worked out in those two books. I’d love to hear about your favorite quirky characters. Is there a limit to how strange a character can get before you can’t suspend your disbelief?

Sara Rosett is the author of the Ellie Avery mysteries. MINT JULEPS, MAYHEM, AND MURDER, will be available in paperback on March 1, 2011. You can learn more about Sara and her books at http://www.SaraRosett.com.
Posted by Heather Webber at 1:14 AM

My favorite quirky characters are the two sisters in Anne George's Southern Sisters series. Mary Alice (Sister) is obviously the quirkier of the two, but Patricia Anne (Mouse) has her moments. While there are only 8 books in the series (Sadly, Anne George died in 2001) I never tire of rereading the series.
Maybe the reason there are so many quirky characters in Southern settings is that we Southerners have a special place in out hearts for our quirky family members, neighbors, etc. Of course, "we" are never the quirky one (wink); it's always someone else, bless their hearts! And besides, wouldn't life be dull without some quirkiness in our lives?
I'm looking forward to meeting your characters - especially the quirky ones!

I like characters with a surprising quirk. I haven't read that many cozy's yet, and have not encountered someone with too many quirks. I do look forward to reading your books.

What I totally hate, is if the blurb has nothing to do with the story. Written by someone who did not read the book.
Or the cover picture on my historical romance novel is of a handsome dark man, and the hero in the story is blond.

I love quirky characters. I can't wait to read Mimosas, Mischief and Murder.

Anne George is sorely missed, Chaplain Jane. I love that you included "bless their hearts" in your comment--so Southern! I'll have to put that in the next book!

Covers and blurbs...there's two endless sources of controversy. I've been so happy with my covers and I know I'm a lucky, lucky girl.

Hope you all enjoy the books!

Your covers are so appealing, they make me want to run out right now and buy the books. One series I enjoyed in the beginning is the Aunt Dimity series although the last few covers were a total turn off! Probably why I just ignored the books. I too hate it when the cover sucks you in and then the story just plain sucks! Although my mother always admonished me to "not judge a book by its cover", I have to admit I am guilty of that.

Not sure if you'd call her "quirky" or not, maybe just a little but I love Lucy Valentine
in Heather Webber's books...oh and Kaye...your Mom was right, never judge a book by its cover but isn't it hard to do!?

Glad to hear you like the covers, Kaye. So hard *not* to judge a book by it's cover! And I love Lucy, too--pun intended. Yes, I think she has just the right amount of quirky.

I think we're all drawn to -- or away from -- a book because of it's cover. That's our first encounter after all, even if we've read the reviews and have had recommendations. But I agree, it has to produce what it promises.

I like your One Surprise Rule! Good to keep in mind when writing.

How about Belgareth in David Eddings' The Belgariad series? I think he's supposed to be around 7000 years old, so I guess he's allowed to be as quirky as he wants!

I like that "One Surprise Rule", too. Gonna pass that idea on to a few writers I know.

I haven't read Eddings--I'll have to check his books out.

As far as the impact of covers...I think it will be interesting to see what happens with covers and ebooks. Somehow the tiny little jpgs on my Kindle (in b&w) just don't have the same impact as they do in color--or in real life. Will covers become more simplified? Or will the e-readers change and give us bigger images, which seems to be the direction b&n is going with the nook?

I think you are right about the one surprise rule. I seem to remember a quote roughly to the effect that fiction has to be more believable than real-life sometimes turns out to be. If an eccentric is too far off average, it can be hard to make him or her real for your readers (even if this is someone you know in real life!)

Southerners quirky? Yes, I'd have to say that's true. I don't meet many boring people here. For good or ill, the overwhelming majority are...quirky. (& I think the rest are playing a media-defined role called 'whats expected of my type of person.')

You will always be weird when you are truly yourself. I think its a rule. ;)

The cover in your blog is intriguing, I agree. I haven't read your books yet, but I promise to keep a weather eye out for them now :D

Thanks, Shushan--I missed your comment last week. Just wanted to say thanks for checking out my books!