I dedicate this month’s blog to my mother, who died two years ago on November 28th. She was an amazing woman, emigrating from Holland to Canada on her own with her six children, raising them to be strong and successful adults. She was determined and feisty, creative and energetic.

Memories of my mother are often triggered by food, as she was an adventurous cook and an amazing baker who loved creating in the kitchen. She inspired that same passion in me and my siblings.
This morning I pulled a recipe out of my collection, written in her hand, and there she was, sitting on my shoulder as I measured and mixed. The spicy aroma wafting out of the oven transported me back to her kitchen. 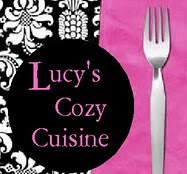 I’m sharing that recipe with you today. Gevulde speeculaas is traditionally a treat for Sinterklaas feest, the feast of St. Nicholas on December fifth. My mother baked it for special occasions year round. The speeculaas part is a spicy shortbread, flavoured with cinnamon, cloves and nutmeg. And the gevulde part, literally translated as ‘filled,’ refers to the sweet almond paste filling.
I hope you enjoy the recipe. I’m going to go have a piece with a cup of tea, and think about my mother.
GEVULDE SPECULAAS

Oh my heavens, I have eaten this delightful bread/coffee cake. What a wonderful way to remember your Mother. Speeculaas. I'm writing the recipe down.

We share one other thing, we both lost our Mothers on almost the same day. I had no idea. Mine died in 2003 though. Now we can both make this and remember them both. Thank You.

What a special memory of your mom. The photo looks love almost too lovely to eat. I have to add this one to the must try list.

Thanks for sharing a memory of your mom with us.

Thank you for sharing the memory and the recipe.

Thank you for sharing the recipe I am making a copy now and the wonderful memory of your mom. A nice post!

I have never heard of this bread. It sounds wonderful and I will be trying the recipe out this weekend.

Thanks for sharing the recipe and take you so much more for sharing a little of your mother's story.

What a beautiful memory to share, and boy does your mom sound like she was wayyy beyond amazing!

Your description of this little bit of yummy transported me right into your childhood kitchen.

Thanks bunches for sharing!

Sexy Sassy Smart The Best of Holiday Wishes & Memories To You and Yours --- D. D. Scott

What a wonderful way to honor her memory!

I will definitely have to try this recipe - it sounds awesome - I love almonds and cinnamon. Thank you so much for sharing it with us.

This sounds so yummy and not too hard. I will have to try it out sometime. I only bake for the holidays, so it will be next year because I'm done for this one. And what a lovely way to remember and honor your mom.

The best dishes stem from warm, rich memories such as this one. Thank you, Lucy!

Thank you for sharing the memory of your mom. She sounded like she had quite the adventurous spirit. The recipe sounds very good. I'll be adding it to my recipe book. Thank you.

Yes, this is indeed still a winter treat here in Holland. I have not bought it yet at the bakery, but certainly will later on. Like all the Sinterklaas traditional goodies, they appear in the stores sooner and sooner. Do you also have a recipe for "kruidnootjes" or "pepernoten"?

Aurian, I don't have a recipe for pepernoten, but we always used to get them from the Dutch store. I love them!

What a meaningful way to remember your mother - I can imagine that just the smell of speculaas would bring back memories of her. The Dutch sure can cook!
I cannot bake this recipe because of nut allergies in the house, but I'm thinking of swinging by the one store in town that carries my childhood brand of store-bought speculaas cookies.

I know this is a way late comment but I felt compelled seeing how I am new to the cozy chicks blog.

I think that is very admirable of you to share such a gift with everyone that was once your mother's. I am also very sorry for your loss. Be Blessed