Is Love All About Chemistry? 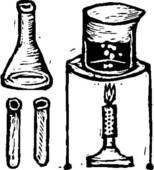 The other evening I was lucky enough to sit at a table at a dinner meeting with the loveliest couple, who turned what might have been a dull evening into an entertaining one. They’d been married just six years, second marriages for each is what I gathered, and were so obviously in love that it made my heart ache. So I had to ask how they met. Their story is what prompted the title and theme of this blog.

Many of you know that before I wrote cozy mysteries, I was a historical romance writer. I started writing romances at a time when I was desperate for my own Prince Charming. Then I met my hero and my life changed forever. It wasn’t love at first sight, but when I was at a point in our friendship where we were in close proximity, chemistry kicked in big time. BIG. TIME. We had a beautiful courtship that lasted the length of our marriage. But oddly, after we married, I couldn’t write romances anymore. I’d found my soul mate and no longer needed to dream one up.

Now, with his recent passing, (our 13th anniversary was last week) I watch loving couples with such longing for that closeness we had. So I found myself intrigued by this dynamic pair as to how they met and decided to marry.

Their meeting was quite by accident. They were both attending a Rotarian function in a distant city as part of their work obligations. Both were alone, and somehow they ended up beside each other, so that everyone assumed they were married. He is from the U.K., and she’s an Illinois girl, by the way. He told me he saw her at his elbow and knew instantly that she was THE ONE. She was nodding vigorously as he explained it. I asked if she knew he was the one, as well, and she said, “Absolutely.” Was it chemistry, I asked? They both nodded.

Are you a believer in chemistry? Does the right chemistry guarantee a happy marriage? What attracted you to your partner, or are you still looking for THE ONE?

My husband and I were first co-workers, then friends, and the instant we became romantically involved the chemistry hit big time. Yes, I am a believer in chemistry and I think it does help with a happy marriage.

I have a nice story about a second love/fate/chemistry. My mom was married to my dad for 40 plus years before he died of cancer. This was a devastating sad time for her, and I know she missed him so much, missed the companionship, etc. Well a few years after he died, she decided that she might have enough courage to find a new companion. She joined a widow/widowers walking group. They would walk and then go to a cafe for breakfast. The group was large and not all the same people would come every week. One week, after the walk, she sat down at the booth in the cafe and one of the fellow walkers (a man) asked if he could sit with her. She said yes. He introduced himself. He has the exact same first name AND last name as my dad. She was quite startled by this, but they ended up talking and now it's been 10 years and they are still together. She turns 78 this week and he is 83. It is truly a wonderful second love, and I think my dad would be happy that she found someone to share this time of her life with. And he had such a good sense of humor I'm sure he would get quite a kick that she found someone with his name!

Very nice story! And I so glad your heart is still able to see happy couples.
My DH and I had an instant chemistry. The moment I saw him, I knew he was the one.

Kate, I do believe in chemistry--in relationships, as well as friendships. People click and just fit together.

What attracted me to my husband was his sense of humor. It's still the thing that I love most about him.

I met my soul mate years ago when we were both in bad marriages. He is my best friend's brother. We did not persue anything beyond friendship at that time because we were both determined to make our marriages work for the sake of the children. Years later, we were both divorced and his sister called me to tell me he was back from deployment and I should call him. I did, and we have been together ever since. It is amazing to live with someone who supports you in whatever you want to do. I am so grateful we finally found each other.

You are all confirming what I believe. And one of the big things I miss most is my husband's sense of humor. He could always, always make me laugh, sometimes by just a glance. I tell my single children that sense of humor has to be a priority for a spouse. It can get a couple through many difficult times.
Linda, I'm very happy for your mother. An amazing story.

I know how that couple felt. Same thing happened to me. As soon as I laid eyes on my husband that was it for me. Every other man paled in comparison. Twenty two and a half years later my heart still does little flips every once in awhile. I don't think this happens for everyone, but if you're blessed and it's that way for you ... cherish and enjoy!

I spent the weekend in bed ill with a bad flare from RA/Fibro. While my husband brought me meals and watched a movie with me,it occurred to me in 21 years of marriage he has never raised his voice at me. (I would like to say, I have the same record but that would not be true.) Hubby knows I grew up in a home with screaming and yelling and above all wanted to live with someone who would allow me to feel safe.
Yes,we felt the chemistry early on but it took awhile for everything to mesh and I am so glad it did.
Kate, I hope you are being kind to yourself. When my Nana died, my Mom said it took a year of living through every"first" (holidays,birthdays,etc) before she attained any sense of equilibrium.

My husband and I met in 1975 at a friend's wedding. I was a bridesmaid and he was an usher, assigned as my partner in the wedding party. When I met him during the wedding rehearsal, I knew instantly that he was the one I was going to marry. And we are still together.

Chemistry rocks! It's not always there, right from the start, but usually. Even with friendships - most of my close, lasting friendships, both male and female, have had an instantaneous bond right from day one.

I've yet to find "my special one", but like my college chemistry class, I'm not giving up until I've got it.

Chemistry is definitely a key. I knew I was attracted to my DH when I first saw him across the Space Operation Center floor (both of us active duty Air Force at the time). Then he whipped out that Virginia accent and I was in. We sat together at a dinner in October and talked the entire time. We had this amazing amount of things in common like music (blues), favorite author (Larry McMurtry), crazy off the wall things.
He made me laugh and still does. I make him laugh and still do.
Nothing guarantees a happy marriage, but being with your friend, being in like as much as loving each other. Not needing to be together, not attached at the hip, but enjoying and liking to be together.

The first night we met he thought a friend of mine was my date, but we talked a lot anyway, and when I got home I told my mom "I don't know who this guy is, but he has the most gorgeous eyes of anybody I've ever seen!" Obviously I got his name while we were talking, but he was basically a stranger at that time.

And, yes, he still has the most gorgeous blue eyes!