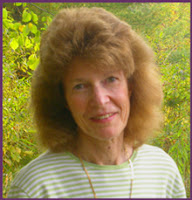 If you’re wondering what on earth I’m writing about, a definition is probably in order. An epigraph—not to be confused with an epitaph, which goes on a tombstone, or an epigram, a wise, witty saying —is a quote that appears at the opening of a book. Webster’s defines it as “a quotation set at the beginning of a literary work or a division of it to suggest its theme.” The epigraphophiles of this world, including mystery authors, Jane Langton and Colin Dexter, aren’t content to use them only at the beginning of their books, but at the beginning of every chapter. They do so, even though they know that while some readers will read every single epigraph, others will skip them completely. I use epigraphs because I believe they add something to the kind of mysteries I write, despite the hassles that can be involved.

I call my series “living history” mysteries, because although they take place in the present-day, they are set at historic sites, which enables me to weave in a lot of history. Epigraphs are part of this “weaving in” process. In my first mystery, MURDER AT PLIMOTH PLANTATION, for example, I was able to give the book “a nice historical flavor,” in the words of one reviewer, by quoting from period sources like William Bradford’s OF PLYMOUTH PLANTATION at the beginning of each chapter. I chose these quotations with care, because I wanted them to serve as a commentary on the action in each chapter. Some epigraphs were easy to find; others more difficult.

I used a more contemporary source for the epigraphs in my second book, MURDER AT GETTYSBURG, and here I ran into trouble. I’d fallen in love with the eloquent prose of Douglas Southall Freeman’s 1930s, Pulitzer-Prize-winning, R.E. LEE, A BIOGRAPHY, when a friend read aloud from the book during my first visit to Gettysburg. And, Freeman’s admiring portrait of Lee fit perfectly with the Confederate reenactors I was writing about. Yet, when I applied for permission to quote from Freeman, I discovered, to my horror, that the fee would be almost twice as much as the modest advance I’d received from my small-press publisher. Oops! First, I cut the quotations by half, then down to a quarter of the original number. This was a painful process, because it meant removing many lovely lines, and replacing them with less lovely ones from another book, whose small-press publisher gave me permission with no charge. 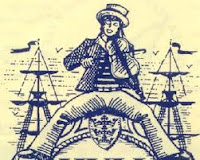 I faced a different problem with the epigraphs for my third book, MURDER AT SPOUTERS POINT. Because the book is set at a fictionalized version of Mystic Seaport, I decided to use lines from sea shanties, the rousing work songs that tell the often funny, often poignant tales of seamen’s lives on both land and water during the Great Age of Sail. Again, I worked hard to find just the right lines for each chapter. In the “body drop” chapter, for example, I quoted from Lowlands Away, a haunting song of which there are several variations:

“I dreamed I saw my own true love,
His hair was wet, his eyes above.
I knew my love was drowned and dead,
He stood so still, no word he said.”

Another song I drew upon for epigraphs is The Maid on the Shore, which I heard at a concert of sea music. Right away, I knew that the song with its plaintive refrain, “There’s nothing she can find to comfort her mind, but to roam all alone on the shore, shore, shore,” was the perfect “theme song” for one of my characters, an elusive homeless woman. My main character, Miranda, is as struck by the song as I was, when she hears it sung in an early chapter of the book. Thereafter, I used verses from Maid as epigraphs for chapters referencing the homeless woman.

Since many folk songs are in the public domain, I didn’t expect any problems getting permission. What I didn’t anticipate was the amount of detective work I’d have to do in order to locate the copyright holder of the main collection of sea shanties I used. An address from the publisher of this collection brought me to two friends of the late compiler and his widow, who was now the copyright holder. They assured me that the widow would be happy to give me permission, and that many of the songs were in the public domain anyway. Fine, I thought, and moved on to other things. Several months later, the rights person at my publisher reminded me that I still needed written permission. I got the widow’s e-mail address from her friends, but it promptly bounced. Did they have another e-mail address, or a snail mail one? No. They did tell me that the widow had remarried and now went by another last name. Armed with this information, I spent several hours searching for her on the Internet, and finally tracked her down to a small seacoast town in Wales. Fingers crossed, I wrote her and about a week later, received a gracious reply granting me permission.

A happy ending, yes. But next time, I’ll save myself a lot of headaches by making certain I can get permission BEFORE I select my epigraphs, or choose ones I know are either in the public domain, or for which I won’t be charged a whopping fee. I’ll continue to use epigraphs in my mysteries, because for me and for at least some of my readers, they’re the frosting on the cake. I just hope I don’t wind up with this epitaph on my tombstone: “She used too many epigraphs.”
=============================

An award-winning author of books about American history and biographies, Leslie Wheeler now writes the Miranda Lewis “living history” mystery series, the most recent title of which is MURDER AT SPOUTERS POINT (October, 2010). Her short crime fiction has appeared in four anthologies published by Level Best Books, and she has recently become a contributing editor of the newest LLB anthology, THIN ICE (November, 2010). Leslie is a member of Mystery Writers of America and Sisters in Crime, serving as Speakers Bureau Coordinator for the New England Chapter. She divides her time between Cambridge, Massachusetts and a home in the Berkshires.
Posted by Unknown at 3:35 AM

I am reading Suzanne Enoch - Rules of an engagement at the moment. It also has Epigraphs of old sailors songs aboven each chapter. If my book is too exciting I skip those, otherwise I do read them. Depends on the book.

Like Aurian, it depends on the book... If I skip them on the first read through, I will go back and read them afterward.
I like them!

Count me in as someone who always reads them!

Aurian,so there's another author who uses old sailor songs as epigraphs.
(And I thought I was the only one! LOL.) I will have to check out Rules of an Engagement. I do understand why you skip when the book gets too exciting, though.

"oldentimes," Glad to hear that you actually go back and read epigraphs that you've skipped the first time around. But then your "oldentimes" name suggests your fondness for these jewels from the past.

"holdenj," Glad to learn there's yet another person who enjoys epigraphs.
I didn't put this in my post, but it's occurred to me that my partiality for them stems from my background as a non-fiction writer, especially of American history textbooks, where I was encouraged to find telling quotes from primary source materials. I also edited a collection of letters between the nineteenth-century feminist, Lucy Stone, and her husband, Henry Blackwell,(LOVING WARRIORS)in which I used short quotes from their letters at the beginning of different sections of the book to signal to readers what their concerns were at that particular time.

A fascinating essay, Leslie! I love epigraphs, and always read them.For my first 18th-c. mystery, Midnight Fires, I almost used one at the start, but because I had a longish preface as well as chapter titles, I decided against it. But for my sequel to MF I've two epigraphs: one from Samuel Johnson's dictionary, defining the word "Nightmare"(my book's title), and one uttered by my real life protagonist. I'm currently reading Pat Wynn's 18th c. The Spider's Touch, in which she prefaces each chapter with a satirical verse from Alexander Pope, & worries that readers will skip on by. But I find, by reading,that I gain more insight into the narrative. Now, thanks to Leslie, I'm inspired to use more epigraphs!

I love your use of epigrams, Leslie. They can provide a "keyhole" into each chapter. I had never used epigrams until my latest book, Winged Obsession. It's narrative nonfiction and epigrams just seemed to come naturally. However, you're right. They involve a lot more research than I'd originally anticipated. Kudos on all your good work!

Nancy,
I can certainly understand why you didn't use epigraphs in MIDNIGHT FIRES with chapter titles and a long preface. But am glad to hear you're going to use some in your next book.
Will have to look at The Spider's Touch, because it sounds interesting, and I'm a fan of Alexander Pope anyway. It's my hope that the epigraphs I use will illuminate the text, which is why I take care to choose the right one for each chapter.

Jessica,
Thanks for your kind words re my use of epigraphs. A "keyhole" into each chapter is a perfect description of what I aim for, though as you say, it often involves a lot of work finding those "keyholes," but if it seemed to come naturally to use them, I'm sure they are a good addition to Winged Obsession. Which I can't wait to read, BTW! Was thrilled to get a signed copy at NEIBA this year. Wish you much success with it!

I love epigraphs and always read them. I'm always touched by the effort an author spends to find just the right quote from the past. They always add tone and flavor for me. Your diligence is appreciated!

Thanks, Rochelle, I'm always happy to discover a fellow "epigraphophile." Your comment about epigraphs adding "tone and flavor" is right on the mark, as far as I'm concerned. For me, they offer a means of introducing other "voices" into my books.

I do enjoy epigraphs when the fit the story. I don't like gratuitous epigraphs, they need to fit and move the story along.

Good point, Vickie. Yes, epigraphs do need to be there for a reason and "fit and move the story along." If they don't add something, there's not point using them. That's why I try hard to find just the right quotes for each chapter, which can be a challenge, especially when you realize you need to add chapters, and then have to find more epigraphs!

This has been an interesting discussion for me. Thanks Lorna and the other Cozy Chicks bloggers for having me as a guest!

I'm a day late but I enjoyed reading your blog post on epigraphs. I appreciate the time you put into finding just the right one.