You mean Super Powers didn't come with the job? 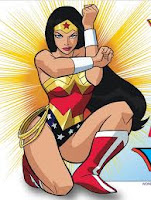 Back in the age of corded telephones, three television channels, and carburetors (read: in my youth), I used to think that authors had superpowers.

My young brain thought it must be better than magic to be someone who could make up people and places and things. And write about them in a book. Wow! An author who could write books that people laugh and cry over must be someone really special. Someone with those amazing powers of storytelling must have the perfect life.

This idea persisted for decades.

Then I started writing.

There were long years of learning the craft, long years of sending query letters to agents, even longer years of receiving nothing but rejection notices, or even worse, getting no answer at all.

For a while I figured my lack of superpowers was due to the fact that I wasn’t published. It was the published writers who had the superpowers. Yeah, that’s it. 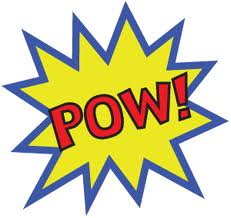 I spent a few more years writing, rewriting, and writing some more. When I was on the edge of laying down my pen for good, an opportunity came my way and lo and behold, I’m now a published writer myself. Hooray!
But I’m still waiting for those special abilities. Hello? Deliverer of superpowers? Are you out there? Because I’m here, ready and willing to accept whatever you’d like to hand out.

And, um, do I get a choice? Pretty please, could you give me the power to make more hours in the day? Failing that, it sure would be nice to get those thoughts in my head into the computer much faster than 600 words an hour. And if neither of those work out, I wouldn’t mind the ability to recall what color hair my secondary characters have. Such a small thing, but it would help immensely.

Sadly, I’m getting resigned to the fact that no superpowers will cometh. No matter how many books I publish, no matter how many – or few – books I sell, it’ll just be me and my computer, whacking away at the keys as I try and craft a good story.

But that’s what it’s all about, isn’t it? Telling a great story. There’s nothing like having someone say she loved your book. Nothing. That connection to another human being through the printed word is all the magic I could ever want. 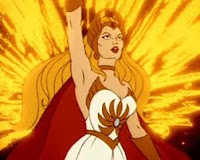 Just the other day I ran into an acquaintance who is a big mystery fan. I handed her a bookmark and told her where she could buy the book, if she was so inclined.

“Wow,” she said, eyes stretched wide, face open with amazement that she was talking to a real live superpowered author. “You wrote a book? That’s…that’s so cool!”

And you know what? It is. It really is.

===================
Laura Alden lives in northern Michigan with her husband and two very strange cats. When she’s not writing her next book, she’s working at her day job, taking pictures for the local newspaper, reading, or doing some variety of skiing. She’s fond of long soaks in the tub, red raspberries, and blue skies. Her first mystery, MURDER AT THE PTA, was released in October and is the first in a new series. Please visit her web site.  And don't forget, Laura posts every 19th of the month on the Killer Characters blog.
Posted by Unknown at 4:16 AM

Yes, it IS cool! And I still think authors have superpowers. You're just so used to them, you don't even know they're superpowers. But to HAVE those thoughts in your head that need to come out... to have the diligence to keep writing even when those words get jammed and won't come out... the stubbornness to keep going even after all those rejections (I once heard it takes 100 rejections to make a real writer, and one of my writer friends papered his bathroom with them)... the attention span to keep a book plot going--that one right there is the undeniable proof that authors do indeed have superpowers! Take a bow, Wonder Writer.

Any elementary school librarian (and I'm one) who has seen a child's eyes light up when they find just the right book or when they get so excited about a book they just finished their words just tumble over themselves as they try to tell you about it, knows that authors do have super powers. And authors who can do that to adults, have super super powers. You create whole new worlds for people to visit or escape too if need be. Keep up the good work. The world would be a sad boring place without all of you wonderful authors.

Super super powers? Awesome! I can't wait to tell my husband. ....Er, no, maybe I won't. He'll probably ask if the powers will be any help with raking leaves :) But he's not a reader -- clearly he didn't find that perfect book when he was young. Poor man.

And Laineshots, you are right on target about the attention span thing. For instance, I'm trying to write the last few scenes of Book #2 and I keep checking email and blogs and Facebook....

I think all writers should have super rejection deflection abilities (say that 10 times fast). Rejections happen, but it sure would be nice if they didn't sting so bad!

By the way, it's nice to meet a Michigan writer! :)

How long did you write without getting published? Not to dwell on the negative, but hearing the numbers, even if depressing, gives hope to others who are still in the trenches and haven't yet found our superpowers. Good luck with your book--sounds like a fun read.

I really enjoyed your new book. Great characters and a plot that kept me guessing. I'm looking forward to the next one already.
I am one of the lucky ones who found the magic book early.

You do have superpowers! Just think about how you would have thought of yourself if you had known yourself in the corded-phone days. (YOu know what I mean.)

I love to read mysteries so in my mind, your are cool and have great super powers! I'll be sure to get your book on my next trip to B&N. Sounds like a great series!
Mary

Ooo, super rejection deflection abilities would be an excellent power to have. I'll put that on my Christmas wish list :)

Janet, I'm so glad you enjoyed the book, and I'm allllmost done with the first draft of #2.

Hank, once again, you're right. Looking at a junior high picture of myself is a combination of torture and pleasure. Torture to look at that girl who was frightened of almost everything, pleasure to know that she didn't turn out so bad :)

Ladybear, I hope you enjoy the book. I'm still astonished that people put down their hard-earned money for something little ol' me wrote. It's a very humbling experience, and I'm extremely grateful to each and every one of you.

Yep you need superpowers to survive the industry these days. And a super deflections shield for all the rejects. Send them POW right back at them.

You already have superpowers because you never gave up and look at you now...you're a published author. Congrats on your debut novel.

Thanks, Dru! These comments are giving me the nicest warm fuzzy I've had in a long time, and I think the ability to give warm fuzzies is the best superpower of all. Thanks to each and every one of you.

The power to let the reader escape from everyday blech for even a little while and enjoy a new to them setting, meet new potential friends on the page.
Thank you for writing in the genre I love best and giving me something nifty to read while I have my sip'n'read between work and going home. Or just before I go to sleep at night.

You have super powers over me, while reading your book I was so entranced, life around me stood still, you put a smile on my face, joy in my heart, my brain to work and at the end wishing for more.

You are so right AUTHORS DO HAVE SUPERPOWERS!!! I am sure the extra hours in the day will show up soon and hopefully you will share them with me. I also hope the more words power comes too which means a shorter wait time for all you fans.

I agree it is cool! Authors do have super powers. I love to read and you authors take me to new worlds and characters that become like family.

Hi Laura,
Glad to see you here on Cozy Chicks. Throwing out a big congrats to you for "Murder at the PTA." I wish writers did have super powers....more time to add to the day would be cool with me. And how about a fairy that can help me with the "description" part of my stories. That would be pretty cool too.