They Grow Up So Fast 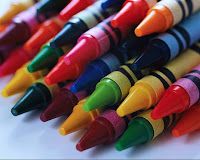 I happened across son # 2's kindergarten report card the other day (and yes, I save that kind of stuff). It was your basic K report card, with lots of stars next to things like "I participate in classroom activities" and "I share and take turns." His teacher even wrote that he was "such a nice young man" and a "real sweetheart." However, two of the "subjects" that had a check mark ("needs to improve") next to them were "I can skip" and "I know my address."

Fast forward to later that day when son #2 was sitting at the computer in the den, filling out college applications, typing in his address. I couldn't help but compare the five year old to the seventeen year old. Of course, a lot has changed (he's about three feet taller now, for one), but a lot has remained the same. He's still a nice young man, a sweetheart. He still shares and takes turns. And he knows his address quite well now, but honestly, I don't think he ever really learned how to skip...

Anything you learned in kindergarten that has really stuck with you?

~Heather
Posted by Heather Webber at 12:27 AM

Can't answer that one. Too old. We didn't mount our dinosaurs and head for school until the first grade. Amazing, huh?

I do remember I cried and fought all the way there the first day. My very confused parents had no idea my big brother had been scaring the stuffing out of me for weeks with horror stories about school.

I loved my Kindergarten teacher. But not sure anything stuck with me except playing nice. lol Too funny!

I learned to tie my shoes in Kindergarten. It was a struggle because I need to learn to tie them left handed, but the teacher didn't like that idea! Actually, she kept putting the pencil in my right hand, too. Finally my mom had to visit and tell my teacher that there was no chance of me being a right-handed girl.

Funny, I haven't thought about that in years. Good luck with those applications!!

Linda, brothers!!! So funny your parents had no idea about his horror stories.

Tonya, love your comment! I'm one who does color inside the lines except every once in a while... I have a bit of a rebel in me.

Shelley, it's hard enough leaning to tie a shoe with your dominant hand! So glad your mom spoke up. My mother is a true lefty, but she was taught (no other choice) to write righty. Son # 2 is actually ambidextrous--uses right hand to write, but left for everything else (golfing, throwing a ball, etc).

I learned that I hated naptimes. I still do.

LOLOL, Sheila! I hated naptimes back then too, but I'm slowly coming around to them nowadays.

I loved my kindergarten teacher but i will never forget the day that we were in the class circle and she was talking...me and my new friend were playing that game where you put your hands on top of each other over and over again...and then the teacher whacks your with the ruler!!! Never horse around and have a good time when the teacher is talking!!!

My younger son's kindergarten teacher had MS and some days she taught from her big rocking chair and all the kids brought her whatever she needed. I think the lessons they learned that year about understanding and compassion and people living with disabilities were more important than anything they could get from a book.

Like Linda, I was launched straight into first grade. I remember my teacher--who looked exactly like the Wicked Witch in Wizard of Oz but was pure Glinda on the inside--standing over my desk staunchly defending my right to be a southpaw to the school principal. What a woman!

And speaking of women...Linda, what a heartwarming story.

My first day of kindergarten I wanted to be helpful, so excited to finally be starting school. I approached a little boy who was crying and tried to look at a picture book with him. He took it away from me and hit me in the head with it! Last time I tried to be helpful. :D

I was absolutely traumatized by the damn thing!!! I didn't want no blankety-blank nap!!! I had things to learn, people to meet, another Dr. Seuss book waiting for me in the little classroom library! I mean c'mon, there were huge art projects waiting to be created too!!!

Who the hell needs a nap?!

'Course, now I take one every day.

Told ya I was traumatized!!!

This is a timely post for me...my oldest is off to college and I am dealing with the first time that my child no longer needs me. It's a wonderful feeling that I have raised him to be so responsible and self sufficient, but it is such a punch-in-the-gut to suddenly realize that your baby is all grown up and things will never be the same again! Is still remember when he was in kindergarten and came home proudly showing me his what-is-it drawings, then the next thing I knew he was reading my himself...the teacher and I were both amazed. Though having two parents who would rather read than watch tv might have helped :) I just keep telling myself that the feeling of pride I have for him fills the hole of sadness for my little boy that's now on his own.

I was the only child to be given a timeout on the first day. How embarrassing is that?

LOLOL, Lori! I don't think teachers can do that anymore.

Linda, what a great story--and a great lesson for those kids to learn at such an early age.

Laine, were you terrified until you learned that she was Glinda on the inside???? I think I would have been.

That's terrible, Rural View! I probably would have whacked him back (I have an older brother).

D.D., those naps seemed to have traumatized a lot of us! You're right--there was so many other things to do.

Awww, Lynn. The pride does help take the sting out.

I did not get to go to kindergarten. For whatever reason, I went right to first grade as a five year old. I wonder if I missed anything for my formative years?

I remember that the teacher would not let me take all the books home for the weekend. I promised her that I would read them all, so she relented. When Monday rolled around, with a note from my mother, telling her that I read all the books that I was given.

Dru, for some reason I'm not the least bit surprised that you were a voracious reader even as a five year old! I'm glad the teacher relented.

Vickie, were you always the youngest in your class? Around here (southwest Ohio) lots of parents hold their kids back a year. So, most kindergartens are full of six year olds.

this subject was so touching to me I had to come back to reply...I loved my kindergarten teacher so much I became one...and after having my children as an "older" woman I decide to homeschool them :-) The youngest is now 16 and the idea of him leaving us just makes me tear up...but my husband often reminds me we have raised 2 fabulous, strong, compassionate, loving, and bright young adults. I know they will touch the world in a positive way...and I'm proud to be their mama...

Not sure about anything I learned that stuck with me, but I can say my best friend who I met in Kindergarten has stuck with me for 35 years now. :)

That's so sweet, booklover. There is a huge amount of pride in sending off into the world--a job well done.

Linda, how great to have a friend that long! I'd say that was a wonderful thing to take away from kindergarten.