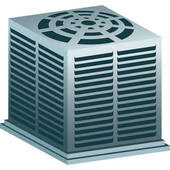 My air conditioner never goes out . . . until there’s a sustained outdoor temperature of 90+ degrees with no end in sight AND at least one other major repair crops up at the same time.

A few years back, four appliances conked out at once. I swear one of them caught a virus and spread it to the others. They all looked a bit pale, and the refrigerator was wheezing.

This time, in addition to the a/c unit malfunctioning, we also had a plumbing problem. Luckily, we use the same local company for plumbing, heating and air conditioner repair. Saved the guy a trip. Or so I thought. Yet 24 hours later, I noticed that the house felt a bit warm. And instead of the temperature dropping to 71 degrees that night, it never got below 75. Next day, the guy returned, added freon, and handed us another bill.

Twenty-four hours later, same problem. A different guy came out, said the first guy must not have added enough freon, put more gas in, and gave us a new bill. Now we’re up to $1000.

The magic 24-hr period hit and this time the indoor temperature didn’t even try to drop. It climbed – to 82. We slept in the basement. It was my husband’s birthday. He was not a happy birthday boy.

Since then, the a/c guys – working as a team now – have been out three or four times, (I’ve lost track) have examined every inch of the line that they can get to, have put meters on the outside condenser to measure the freon leak - and have ordered a new unit because they can’t find the leak in the old one.

I’m waiting to see if we get credit for the money we’ve already paid. I think it’s only fair that we do. After all, we paid them to fix it, and it just ain’t happenin’. In the meantime, I’m afraid to even think about what appliance is going to go next. I swear the microwave is starting to sniffle.

Do you have any words of consolation? Wisdom? Tell me it’s happened to you. Please!
Posted by Kate Collins at 12:01 AM

And maybe start scanning the fliers to see who is having a sale on microwaves.

Appliances do ten to conspire with one another. It is never good enough for one to go, they all have to go.
Wishing you the best of luck fixing the problem but it sounds like the sollution may be a long time coming.

Good luck, Kate. We've had a run of bad luck with our AC unit this season too.

Ugg! How annoying - you certainly should not have to pay for the visits that didn't fix anything! I am so thankful for my air conditioning on these hot days - I don't seem to remember how I lived through so many summers without it!
I find the worst thing about appliances breaking is then things don't match. If I get a new washer, then I want a matching dryer - same goes with kitchen appliances! It is never ending!

Kate - I hope you get relief soon!

Good luck with your appliances.

Hey, at least you have air conditioning (grumble, grumble). I agree with you about the appliance virus--everything seems to fail at once. And it's not just appliances--both my computer printers have given up the ghost in the past year.

It definitely seems to come in bunches. In our house it's generally in 3s. We recently, rather suddenly, found we needed to replace the stove. Now I'm thrilled with the new one as it has all sorts of bells and whistles the old one did not, but I live in fear of what's going next....

My dishwasher broke down several years ago and we decided to wait on a new one until we finish remodeling the kitchen. Hey Hon, I'm still waiting and I'm very tired of washing dishes by hand!
This year we wish we had air conditioning but usually we don't need it so we have to tough it out.

I hear you, Kate! One New Year's Day, my oven died, the microwave started arcing and the back leg of the sofa collapsed. I was getting ready for a party of course.

You are not alone in the revenge of the appliances (and furniture) game.

Yes, things do seem to happen in 3s. Is that cosmic or something?
Wait, some of you live without a/c? AAACK! Sheila, tell me it ain't so!
Andrea, you are so right about the matching game. We had that happen in our kitchen. Dishwasher went out, replaced it with stainless. Which didn't match the fridge. Which didn't match the microwave... and so it goes. If I were paranoid, I'd think it was a giant conspiracy.
Gotta run. I hear whispering in the kitchen...and no one's here but me.
Besides, do appliances have to match?

We moved into our town home and the dishwasher died after only using it once. Seriously? We got a great deal on a new one. I don't care if they math or not.
Krista

Like Sheila, we didn't have air conditioning when we lived in MA, either. I'm totally spoiled now.

Our appliances tend to go all at once, too. It's a conspiracy, I think.

I agree, Kate. They need to credit all that money paid against the cost of a new unit. Let's see if they do it.

When we first looked at our current house, my one complaint was the lack of A/C. DH said that was an easy fix. We moved in on Friday, we had A/C installed on Saturday...and we started having problems each summer after that. It gets darn hot in Colorado and we have multiple cottonwood trees..the kind with the four or five seasons of crap that falls from it, one of which is the fluffy seeds. Which gets caught in the A/C thingee (compressor?)outdoors. We hosed it off and it got stuck again. We kept thinking that this was the cause of it not working, no air coming through the vents. Our HVAC peeps came out and said it needed a new, bigger safety switch (I think that's what it was). It pooped out again in a month. They came out again, put a new bigger one on it. No charge since it was on them as they didn't put a big enough one. We like these guys.
I really hope your guys do the same for you.

We had our entire A/C and heating unit replaced 3 years ago to the tune of around $8000. Guess what konked out this year? A/C unit. Fortunately it was still under wauranty as we had to have the 'coil' replaced. The bad news was the labor was $800. Now the thermostat inside is saying 'System Malfunction' so the A/C guys are coming back on Friday. I just hope it doesn't completely die before then as it will be upper 90's the rest of this week. Good luck on your appliances getting fixed (correctly).

My fridge broke down a few years ago. We called the repairman, I took off work so he could fix it, which he didn't. The company offered to send a new guy but only between the hours of 9-2:30. I told them that I couldn't take off another day...they said that I could leave a key and he would come in my house and fix it!! I refused...called a different guy still couldn't get it fixed. Finally had to break down and get a new one...oh the first company actually called my husband at work and told him to "Talk to his wife because she was being difficult" I was ready strangle them!!!!!

When we found this house I noticed that the a/c unit was missing, so I made sure that a new one would be installed before we signed any papers. They did. We moved in, lightning struck the new unit - it was 95 outside - I wasn't happy. A new new unit was installed - it rained, basement flooded - killed the furnace which also operates the a/c. Again, no a/c. Got all that fixed after 2 weeks, septic tank backed up and reflooded basement with - well, you know what. sigh - here we go again, except now we are ordered to leave the house while they do the repairs. Hard to do when you have 7 cats and a newfoundland. My insurance is sure we are up to something, so they do an investigation before paying for repairs.

So, yes - there is a conspiracy out there with appliances against the home owner. But, my anxiety has me checking the basement every time it rains or when a toilet goes blub blub.

Wow, Patti, I think you win the award for Best Appliance Conspirators! That's horrible! Vickie, I'm appalled by the repairman who called your hubby. That's bad form -- or an act of desperation. Or both.
Our new A/C unit is humming along, but we haven't hit the 24 hour mark yet. Fingers crossed. And our total bill is a mere $3500 (she said, choking.) Houses will keep us broke.

My husband and I had to replace our furnace in December which was close to 2000 and most recently in June we had to replace our A/C-the entire unit inside and fan outside for a whopping 3000! I feel your frustration and the pain in your wallet! Good luck with the new A/C!

Commenting late, I know...but if it makes you feel any better, our A/C unit is from 1970 and it is failing miserably. Our house warranty won't cover it (they decided that the day after the tech went out to fix it) so we are currently stuck with a a/c that drips condensation into a trash can until we can afford to get a new one. If the IRS hadn't denied our first time homebuyers tax credit (apparently our 2009 purchase of a pop-up trailer w/ no toilet disqualified us...another story), we'd have a new a/c by now!!